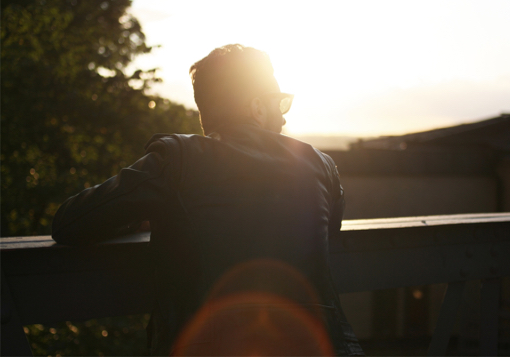 Most of you know that I’m married to an amazing guy named Zack. Throughout the course of our 10 month courtship, it became really clear that he was the man for me.

There were specific signs I was looking for in his character, actions, words, worldview, and spiritual genuineness that helped me (and my family) determine whether he was “the one” or not.

Obviously, Zack did turn out to be the one.

All in, Zack had numerous signs of being a godly, mature, and faithful guy. However, not every guy that came into my life prior to Zack passed the test. In fact, there were some guys that had obvious signs they were NOT the ones for me.

If you’re currently in a relationship, or hope to be someday, this post is for you!

I want to share with you 10 signs that will help you quickly determine that he is NOT the one for you. At least not the one at this time. Of course a guy can grow and mature over time, however, it’s better for him to do that without being romantically involved with you.

1. He’s not an active Christian.

A lot of guys will say they’re Christians and most will even attend church. However, that doesn’t make him an active Christian in his personal life. If a guy doesn’t care about reading His Bible, praying, and growing spiritually I would not classify him as an active Christian.

If you marry this guy, there are no guarantees he will change. You may be stuck with a man who doesn’t lead your family spiritually or care about his relationship with Christ.

We live in a highly sexualized culture with raunchy images and videos around every corner. If a guy doesn’t take obvious active steps to guard his eyes (i.e. cautious with movies, careful with where he lets his eyes linger in public, what he views on his computer and phone, etc.) he most likely doesn’t value purity.

If a guy doesn’t value purity before marriage, he won’t value it after marriage.

3. He pressures you to compromise.

Let’s say you’re a girl who has set up God-honoring boundaries for yourself. If the guy is constantly pressuring you to compromise, this should be a huge red flag. Any guy who pressures you to compromise on the things you know are right, is not a guy worth marrying.

4. He rarely takes the lead in your relationship.

God has created men to be leaders and calls them to lead their family. If a guy takes little to no leadership or initiation in the relationship before marriage, chances are he won’t lead afterwards either. This type of guys is a recipe for a lot of conflict and struggle after marriage.

5. He can’t have a serious conversation.

Joking and having a good time is fine, but if the guy rarely takes the conversation to a deeper level, this is a problem. This is a big sign of immaturity which means he’s probably far away from being ready for marriage.

6. He isn’t the same person in private as he is in public.

This is a big red flag and should immediately raise concerns. If the guy is putting on a good show in public, but acts totally different (in a negative way) in private, this should be concerning. This guy is intentionally deceiving people about his true character, which raises a lot of questions about his honesty and integrity as a man.

7. He regularly manipulates you to get what he wants.

This is probably one of the most dangerous, yet overlooked, signs of them all. No – things won’t get better after marriage. I’ve read too many stories of girls who “fell in love” and married a manipulative guy, only to find themselves in a physically and/or verbally abusive marriage.

Manipulation is a sign of a person who is drenched in self-centeredness and pride, always twisting things to get what they want. Run. Away. Fast.

8. He flirts with other girls while “pursuing” you.

Not okay. A guy who flirts with other girls while “pursuing” a relationship with you is not as committed as he may say. Regardless of how special he makes you feel, he isn’t showing you signs of long-term loyalty or commitment.

Does he promise or commit to something, but then always has excuses for why it “didn’t work out?” If you find yourself wondering if he will actually follow through on what he said, this is a problem. A guy who isn’t trustworthy now, probably won’t be trustworthy later…and will cause you a lot of sleepless nights in the future.

10. He’s cares more about himself than he does about you.

Regardless of how much he says he loves you…what do his actions and words truly reveal? Does he care more about meeting your needs than his own? Does he regularly sacrifice his time and plans for you? Does he actively serve you (in small and big ways) when you’re together?

Does he ask you questions more than he talks about himself? If the guy doesn’t exemplify any of these characteristics, I would challenge you to evaluate whether or not THAT is the kind of man you want to spend the rest of your life with. Chances are, things will only worsen after marriage.

And there you have it! 10 signs he’s not the one for you.

Girls – I can’t challenge and encourage you enough to take this list seriously and use it to evaluate your current or future relationship. Marriage is a wonderful thing…but it can quickly turn into a nightmare if you marry a dud of a man. Be carefully. Be cautious. Be open to outside opinions. Be willing to ask the tough questions.

And most importantly – be willing to end a bad (or less than ideal) relationship. Yes, it will be extremely hard in the moment…but the long term gain and freedom will be undoubtedly worth it.

To dig deeper into this topic, I hope you’ll grab a copy of our upcoming book! Chapter 10 is all about the topic of true love and Biblical romance.

Now I want to hear from you!