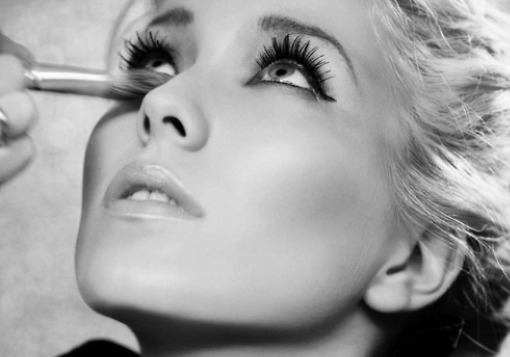 I walked into the modeling agency and sat down in the owner’s office. One of his recruiting agents had seen me in a clothes store several weeks earlier and had given me a business card.

From what I knew about the modeling industry, I was pretty sure that my personal convictions and the modeling scene wouldn’t jive. In the past I had never taken any modeling offers seriously.

I’m not sure why I felt different this time, but I did.

My curiosity was pricked and I needed to find out for myself what the modeling world was all about. I wanted to know what really went on behind the scenes. Was it as scandalous as I had imagined? Was is possible to keep my convictions and still be a model?

My thoughts continued like this for a few days until I decided to email the agent and book the interview.

I clearly remember pulling into the parking lot of the modeling agency.

My appointment was set for 2pm. I looked in the mirror, touched up my make-up and walked inside. I was checked in and almost immediately called into the bosses office.

As soon as I walked into his office I looked around the room and was totally disgusted and disturbed. I’m not exaggerating – the entire room, from wall to wall, was covered in massive pictures of either nearly nude or nude women. I thought to myself, “this guy sits here and stares at this stuff all day! Gross!” That was obviously a huge turn off for me. I did not like the idea of being another picture on his wall.

He asked me a few questions, handed me an evaluation form, and waited for me to fill it out.

As I scanned through the form I quickly realized that this job was impossible for me. I wasn’t interested in modeling for any of the categories available.

I handed him the paper back explaining that this probably wasn’t the job for me. He went on to explain to me that his agency preferred hiring “less attractive” girls who were willing to show it all over a “prettier girl” with stricter limits. He said, “once you get out from under your parents’ roof and become comfortable in your own skin, then come back.” In other words, once you become confident enough to show your naked body to the world, then we’ll talk.

I left that day without a doubt in my mind that the modeling world was not, and would never be for me.

Three lessons I learned from the interview:

1. Be comfortable in your own skin!

Not to mention there are some key Bible verses that encourage the exact opposite of the “if you got it flaunt it” mentality.

“Likewise also that women should adorn themselves in respectable apparel, with modesty and self-control, not with braided hair and gold or pearls or costly attire” (1 Timothy 2:9).

Nowhere in the Bible is the loose or wild woman praised. Anytime a woman’s attire is mentioned, we are told to dress with respect and modesty. As a christian girl we are told to restrain our comfort level and preserve our bodies for one man alone.

Don’t let the pressure of the world, or pressure from girls around you tempt you into showing more. Don’t buy into the lie that “being comfortable in your own skin” means showing off your body.

The modeling agent told me that he was looking for girls who are willing to show it all. This reminds me of real life. It seems like the girls who dress “on the edge” or the girls who “flaunt it” get the most attention. It’s tempting to want to compete.

The questions is, who are these girls getting attention from? Is it the godly guy in Proverbs 7 who avoids the street of the harlot so he isn’t tempted? Or is it the foolish guy who walks by and is seduced into her chamber? It’s the fool!

Don’t concern yourself with the attention from fools.

There are godly guys out there who avoid the loose woman. Save yourself for him. He will appreciate it.

3. Training grounds for the Proverbs 7 woman.

To make it anywhere in the modeling industry you must have some key qualities. Here’s what you need to be: sexually enticing, provocative, seductive, boisterous and flirtatious.

I looked up each of those words and they come straight from Proverbs 7. One of the most coveted jobs (modeling) amongst American women is actually the description of the woman that God says all men should run from. Can you believe that?

Don’t Buy Into the Lies.

Are you buying into any of the lies from above?

Do you admire some of the famous models and desire to be like them? What makes you drawn to them?

Do you view modesty as boring and outdated? Who are you dressing to impress?