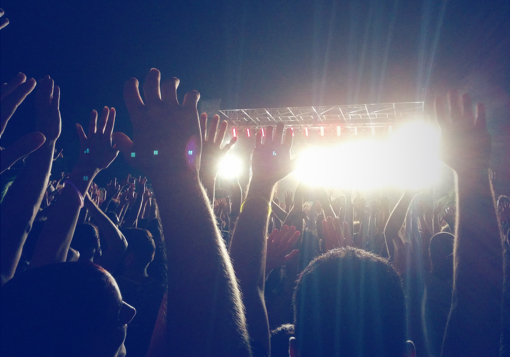 Her larger-than-life persona, bold music, and powerful stage presence have crowned this woman as the epitome of modern girl power. She’s praised by millions as one of the most inspirational women of our day.

She is Beyoncé. Also referred to as, Queen Bey.

This female superstar has not only become an icon, she has been carefully and strategically crafted into a brand. And this brand is considered empowering to women.

Millions of females (young and old) view her as their greatest role model in life.

“I want to be just like her,” many girls have said. “I would die to talk to her!,” women have stated.

But do we want to be just like Beyoncé? Do we really love everything about this iconic woman?

I’m typically not a fan of writing about popular celebrities on this blog, but due to the overabundance of praise from Christian girls surrounding Beyoncé and her music, I couldn’t keep silent.

This blog post isn’t intended to attack Beyoncé (I obviously don’t personally know her), but to throw a flag on the field of our iconic worship and say, wait – are we sure about this?

And since this female superstar is praised by almost everyone – her actions, words and dance moves carry a powerful influence.

Rather than jumping into this popular current, we need to take a step back and carefully, biblically, and intelligently examine what we’re being fed.

From what I’ve read, researched, and observed about the Beyoncé brand, I would be so bold as to say she isn’t actually empowering women in the long run. Not truly.

Some of her most “inspiring quotes” include the following…

“Power’s not given to you. You have to take it.”

“Take all the rules away. How can we live if we don’t change?”

Beyoncé’s music might be catchy to some, but her worldview and message is toxic to God’s definition for true womanhood. Her music, actions, and interviews portray a strong belief in one thing – herself.

Queen Bey is on the throne of her life and there is no room left for God.

As outlined in our book Girl Defined, here are 3 reasons I believe Beyoncé isn’t empowering women, but harming them.

From her dance moves, to her outfits, to her lyrics – this girl is all about sexual freedom. Everything about the Beyoncé brand has been hyper-sexualized. Her message is clear: true girl power comes when we embrace the freedom to do whatever we want with our bodies.

But does buying into this idea of sexual freedom really empower women?

The answer is no.

The more women have embraced their “sexual freedom” the more problems and baggage we’ve accumulated. Teenage pregnancies are skyrocketing, abortions have become a “necessity,” depression is common, anorexia plagues millions of women, and the average female is totally discontent with her body.

Freedom? I don’t think so. “Take all the rules away…” and everything falls apart.

The message Beyoncé portrays is clear: women need to be liberated. But liberated from what? “Primarily free from roles in marriage. Free from the differences between men and women. Free from the Bible’s teachings on gender” (Girl Defined).

Without God on the throne, she decides what is best for herself. And in her world, a liberated woman is an empowered woman.

Families are strained and hurting because men and women have no understanding of their God-defined roles.

Rather than men and women working together as a unified team, we have been pitted against one another. Rather than cultivating an attitude of love and selflessness, we are being taught to embrace an attitude of narcissistic autonomy.

The more we embrace our liberation, the more we fan the flames of brokenness.

Independence has become a word that is basically worshiped among modern women. Beyoncé herself said, “I felt like it was time to set up my future, so I set a goal. My goal was independence.”

Beyoncé proudly praises the idea of total independence for women. The idea that we, as women, don’t need anybody…including God. We run the show. We call all the shots. We are the boss of our lives. This mentality pushes God off of His throne, and seats us front and center.

This is not God’s best for us.

Beyoncé may be one of the most famous female superstars of our time, but the messages flowing from her music (and life) are completely contrary to God’s Word.

And the more we buy into these popular, yet drastically false messages, the more broken and hopeless we will be as women.

Our only hope is to ditch the glitz and glam, and instead embrace a more fulfilling design for womanhood. A design that empowers us to live our lives with confidence and boldness for God’s glory, not our own. A design that is handcrafted by our Creator for our good.

For more on the topic of God-defined womanhood, I can’t encourage you enough to grab a copy of Girl Defined: God’s Radical Design for Beauty, Femininity, and Identity.