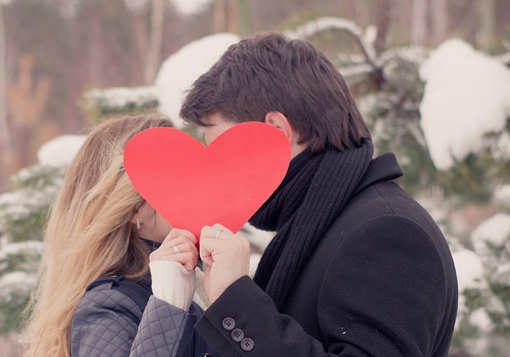 The first six months of my marriage were some of the most eye opening months of my life. Up until that point I thought being a wife and a help-mate was easy business. I felt fully prepared for my role as a wife.

After six months of marriage I realized how utterly unprepared I was in certain areas. To be honest, there were five things I wish I had known before I got married. If you’re a single girl and are hoping to get married some day, this advice is for you.

1. Your Relationship with God is the KEY to Being a Happy Wife.

I had an okay relationship with God as a single girl. I tried to read my Bible and pray on a daily basis, but I wasn’t the most consistent. Anyone relate? As a result, my early months of marriage were highly emotional ones for me.

Back then I was looking to my new husband for my security and fulfillment instead of to God.

I wanted Zack to make me happy, content and secure – all the time.

As a result, I became an emotional roller coaster.

I didn’t become a consistently joyful and happy wife until I became consistent in my Bible and prayer time. I learned that I would only be as “happy and content” as I was in God’s Word. When I grounded myself in God’s truth, I become a much happier wife.

Our culture tells you that being independent from your dad, mom, family, and future husband is a great thing.

If there’s one thing I’ve learned during my first six months of marriage it’s this: independence destroys unity.

God has given us a pattern for how marriages should function and it goes like this: The husband is the leader of the home and the wife is his right hand woman. The husband lays down his life for his wife and the wife shows respect to her husband (Ephesians 5:22-33).

One of the greatest things a wife can do to help her family succeed is to be “team oriented” rather than independent minded.

Zack shared with me that joining him with a “team oriented” mindset was the biggest blessing I could give him.

Start now by serving your family and developing a “team” oriented mindset.

3. Good Communication will Save You from Hours of Struggle.

I thought I was a great communicator…until I got married. My early months of marriage quickly revealed some unattractive habits in my heart.

I was a horrible communicator because of this and our marriage suffered many unnecessary hours as a result.

Whether you’re a clam-up or explode-out type of girl, I can’t encourage you enough to work on your communication skills now. The patterns you set now for solving problems and working through conflict will follow you into your marriage.

Before I got married I knew how to clean a house, do laundry, and do basic meal planning, prepping and cooking, but my skills were limited. As a single girl, I didn’t make a lot of efforts to advance my domestic skills. As a result, my learning curve was a lot harder when I became the manager of my own home.

If you desire to honor God as a wife and home-manager one day, then you need to educate yourself on what that entails. Take over the meal planning for your mom for a month and force yourself to learn how to grocery shop.

Set a budget for yourself and only spend what you’re allowed to, then prepare all the family dinners for a week.

On top of that, learn from your mom (or a godly woman) on how to clean a house, wash clothes, iron clothes, pay bills, trim bushes, take care of babies, change diapers, etc. These practical skills will make you a great asset to your future husband and family.

According to researchers, most divorces are triggered because of money issues. When I was single, I worked full time for a few years and earned a lot of money. I didn’t put myself on a budget and freely purchased whatever I wanted. I wasn’t disciplined in my habits.

Marriage was a shocking wake-up call for me. I happened to marry a financial advisor who put me on a strict budget the day we got back from our honeymoon. I almost went into shock during the first six months of marriage because of this.

My bad habits were colliding with reality.

Thankfully, I have grown to see the value of having a budget and saving money. I can’t urge you enough to avoid gaining debt now and in your future. If you do this, you will avoid HUGE money issues in your future marriage. Put yourself on a budget (free tools here) and stick to it. Learn how to become financially responsible.

Five things I wish I knew before I got married. If I could rewind the clock, I would diligently work on each of those areas. The more time you spend preparing for marriage now, the better your marriage will be in the future. And even if marriage isn’t in God’s plan for you, these skills will still come in handy!

I encourage you to take those those five tips seriously and begin working on them today.

I’d love to hear from you about this topic!

Let’s continue this conversation below.