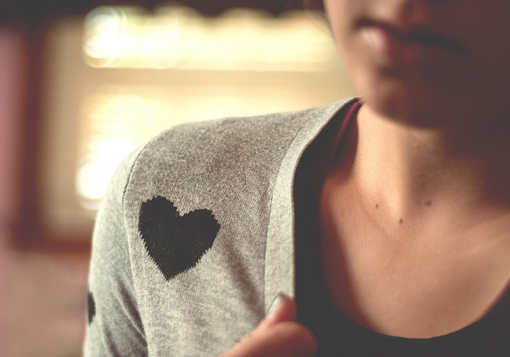 After eight long grueling months, I finally walked the aisle to my “happily ever after.” My engagement to Zack felt like a never ending form of torture. If I had possessed the power to rotate the clock forward, I probably would have.

To my surprise though, the big day did finally arrive. And before I even knew what was happening, I blinked, and found myself waking up next to my husband on our 4 year anniversary.

Time flies. And it flies at supersonic speed.

As I’m approaching 4 and a half years of marriage, I’m beginning to see things with a whole new perspective. The man I said “I do” to on June 18, 2011, would be the man I would experience my greatest joys and my greatest sorrows with in life.

If I’ve learned anything through the ups and downs, it’s this: Fairy tales aren’t given, they’re created.

Marriage is what you make it.

And you know what? A great marriage starts long before you say “I do.” Choosing a man to spend the rest of your life with is a massive decision. I’ve watched Christian girls (younger than me) get married and divorced within several years. I’ve watched other Christian girls struggle with the daily burden of marrying a man who doesn’t seek the Lord.

Not all marriages turn out beautiful. In fact, very few do.

If you desire marriage for your future, I want to challenge you to pay close attention to these 5 must-know tips for avoiding a happily ever disaster.

1. Commit to Only Marrying a Genuine Christian

If God isn’t at the center of your marriage, it will not thrive long term. Not like it should anyway. Make a commitment to never, ever, EVER consider a guy if he isn’t a Christian. This is absolutely foundational and vital for the health of your marriage, the leadership of your family, the discipleship of your future kids, and the impact on God’s Kingdom.

Look for more than a church going guy too. Just because a guy goes to church doesn’t mean he’s a genuine Christian.

It doesn’t mean he’s a practicing Christian. Look at his life.

What are his priorities with God? What does he value most (look where he spends his time)? Does he love God’s Word? Is he a praying kind of guy?

Don’t settle for less. Commit to only marrying a genuine Christian guy,

Do you think marriage will make you happy? If so, I have bad news. It won’t. Not long term anyways. If you’re banking your happiness on the marriage relationship, you will constantly be asking yourself, “what’s he doing for me?!” or, ”why can’t he be more like this?”

Life will quickly become miserable because husbands are a far cry from perfect.

Marriage isn’t built on happiness, happiness is a result of what you build your marriage on. If you want to be happy, you have to make the daily choice to love unconditionally, sacrifice, and serve the other person.

God didn’t create marriage to be the source of our happiness. Our relationship with Christ is the only thing that can fully satisfy.

Understand that marriage isn’t the answer to your happiness.

3. Ask Every Possible Question Before You Say I DO

Once you’re in an actual relationship with a guy, the question asking must kick into high gear. I’ve talked to many couples who regrettably admit to not covering some of the basic questions before they jumped into marriage. As a result, something terrible happened.

They discovered, after marriage, that they had polar opposite views and beliefs on some highly important issues.

Ask every possible question before you say I do.

Zack and I actually went through a book called, “Before You Say I Do.” This book helped facilitate our discussion and brought up some tough questions we would never had thought of. As a result, we worked through some hard issues and were forced to search the Bible about what we believed.

Don’t say I DO until you’ve asked a LOT of hard questions.

There’s a reason plants don’t thrive in the dark. They need light. And relationships work the same way. Nothing good ever comes from keeping a relationship completely private and totally secret.

When you isolate your relationships from wise counsel, godly friendships, and outside input, you’re setting yourself up for disaster. Proverbs 12:15 says, “The way of a fool is right in his own eyes, but a wise man listens to advice.”

If you’re in a relationship with a guy who is constantly trying to isolate you, this should send up a major red flag. Don’t think you’re smart enough to make this huge decision on your own. You’re probably not. Seek out counsel and keep your relationship open and public.

Even though the world called us crazy, Zack and I decided to save sex and kissing for marriage. We kissed each other for the first time at the altar on our wedding day and it was totally worth the wait. God has laid out His plan for sexual intimacy and it doesn’t include unmarried people.

So many young couples jump the gun and indulge in sexual pleasure long before they have rings on their fingers.

I talked to one married woman who made this mistake and she spoke with teary regret. “It took me a long time to trust him after marriage,” she said, “since he didn’t respect me and honor God before marriage, I always feared he would take interest in a different woman after marriage.”

Moral failure has repercussions. Choose to be patient and build your marriage on a strong foundation of purity, trust, and honoring God. This will carry you much further than impatient youthful passion.

Do you want a thriving and healthy marriage someday?

Do you want to avoid a happily ever disaster? Of course you do. Everyone does. It’s not going to happen by default though.

It’s starts by being highly intentional and proactive in how you view marriage, how you obey God, and how you handle every aspect of your relationship.

I want to hear from you now.