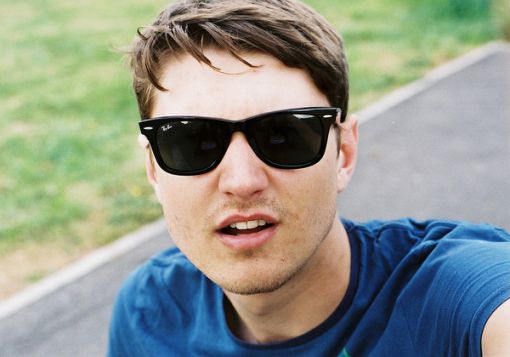 I’ll never forget the days of being an innocent teen girl who viewed the world through rose colored glasses. I assumed the best of most everyone and figured a guy who claimed to be a Christian, had good manners, and was interested in me, must be a solid catch.

And then I grew up. Reality hit. My eyes were opened.

I learned very quickly that there are some solid Christian guys who would make for great husbands, and some who would not.

I realized through personal experience (and observation of other relationships) that there are 6 types of guys I would never consider marrying (unless he had some serious life change occur).

Let’s just be honest, life’s too short to spend it married to someone whose heart isn’t totally turned towards God.

There isn’t time to settle for a guy out of hopelessness, desperation or just plain emotional want.

Here are the 6 types of guys I personally would never recommend for you to date, court, or marry.

He’s the guy with all the words, but lacks the actions to back it up. As they say “talk is cheap.” It’s easy to “say” all of the right things. It’s another thing to do them. Be observant of the guy you are considering as an option. Does he back up his words with actions? Take the time necessary to get to know who he really is. Not just who he says he is.

Small things can really set this guy off. He gets angry when someone messes up his plans. His temper can heat up quickly and he often ends up yelling to make his point. People feel like they have to walk on eggshells around him because you never know what might tick him off. This is a guy who needs some serious time with the Lord. He’s in no position to lead a wife (much less children) until he finds freedom from this struggle.

“I’m trying.” “I’m doing my best.” “I’ll do better next time.” Mr. Struggle is the guy that always seems to be…well…struggling. His sins, struggles, and personal issues never seem to improve. He says he wants to change, but never does. If a guy has a major struggle in his life (i.e. pornography, irresponsible spending, laziness, etc.) be very careful about entering a relationship with him. You need to see firsthand that he is taking steps toward overcoming those struggles and actually see progress in those areas before moving forward.

When a guy’s life, time, passions, energies, and thoughts revolve around you, you’ve got a problem. A guy who is obsessed with you has major priority issues. God should be number one in this guy’s life, not you. Despite how flattering it may feel to be the apple of his eye, you have to realize that this guy has placed his desires for love and romance above God. His lust for a woman has become the idol of his heart. Until God reclaims the throne in his life, you have no business considering him.

If you’ve ever felt pressured by a group of friends (or by anyone) to do something you didn’t want to do, you understand this guy. He’s the guy who pushes the physical boundaries. He’s the guy who’s in a rush to move forward. He’s the guy who’s always pressuring you to do things you’re not quite sure you should do. This guy is thinking about one thing, and it’s not you. He’s putting his feelings, emotions and desires on the front row and using you to fulfil them. He is not seeking to please the Lord or draw you closer to God (despite what he may say).

He’s cute. He’s nice. He’s a gentleman. He’s everything you’ve ever dreamed of. There’s just one problem. He’s not a Christian. Deep inside you know you shouldn’t consider him but…he’s just sooo nice. Girl, I’ve got a word for you. The Bible says, “Do not be yoked together with unbelievers. For what do righteousness and wickedness have in common? Or what fellowship can light have with darkness?” (2 Corinthians 6:14). There you have it. Do not date, court, or marry an unbeliever. God strictly forbids it. You should never consider any non-Christian guy (no matter how cute).

6 guys you should never date, court, or marry. I’d love to know your thoughts. Have you ever known someone or been in a relationship with a guy like one of the 6? If so, what happened?

Share your thoughts with us in the comments below.