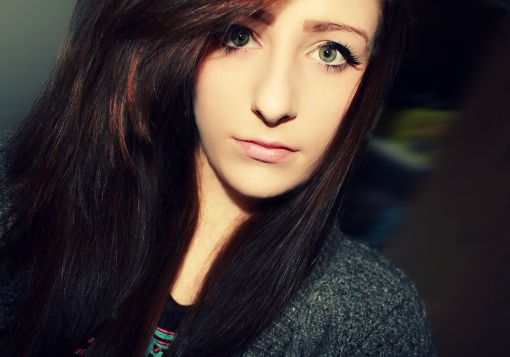 Bethany and I came home yesterday from an awesome weekend in Indianapolis attending the True Woman ’14 National Women’s Conference. We met some amazing women of faith and were challenged in our own understanding of biblical womanhood and what it means to have a personal walk with Jesus.

On Friday morning we heard an eye opening message by Mary Kassian on how NOT to be a wimpy woman in this world. She highlighted 7 bad habits that most Christian girls and women fall prey to.

After her message, I was blown away by how easily I fall prey to our world’s way of thinking and buy into its lies.

Our culture portrays a “strong” and powerful woman as one who embraces her independence from men, throws away her virginity, explores sexual diversity, and places her family second behind her career.

So many Christian girls, including me, have bought into many of the lies of what a “strong” woman looks like. Mary Kassian wisely pointed out the mind blowing fact that the Bible’s version of a strong woman looks nothing like the world.

In fact, most of what our culture upholds as “strong” the Bible calls wimpy and weak!

Mary Kassian titled her message “7 habits of a weak woman” and challenged us to rethink our version of “strength.” The truth is, it takes a much stronger woman to stand up against sin than it does to give in to sin. The Bible calls us to have backbones of steel and hearts of fire that fight for His truth and wage war against sin.

Our culture needs to see more of that version of a strong girl.

Here’s the test! Read these 7 habits of a weak and wimpy girl and see how you measure up.

1. She allows creeps to come into her life.

Now these aren’t just “creeps” as in creepy guys. They’re any type of small influence or tiny sin that slowly worms its way into your life. Mary Kassian pointed out that sin doesn’t advance by leaps and bounds, it advances by small creeps. It slowly creeps into your life with a small compromise here, a small bending of the Scriptures there.

A weak girl blindly allows these small creeps to come in. A wise girl knows that the BIG sins usually don’t mess up her life…it’s the dozens of small creeps that take her down the wrong path.

2. She fails to guard her mind

Your victory over sin will be won or lost in the battle of your mind. Entertaining that first sinful thought that pops into your head is your first step in the wrong direction. If you spend your time filling your mind with lies and sinful content, you will become a very weak girl spiritually. A strong girl fights the battle in her mind and carefully guards what she puts into her head.

3. She lets things pile up.

Old and unresolved sins make you susceptible to new sins. Mary Kassian pointed out that sin makes you stupid. The more sin you hide and keep hidden in your past, the more vulnerable you are to new sins. A weak girl hides her sin and allows the devil to have a strong foothold In her life. A strong and wise girl listens to James 5:16a, “Therefore, confess your sins to one another and pray for one another, that you may be healed.”

If you’re stuck in sin, you will begin to shun wise counsel. You won’t be open to hearing godly counsel from your parents or friends. A weak girl makes bad choices and loses her ability to even see how unwise they are. Have you ever had a friend who made a really bad choice, even after you warned her against it? That’s a sign of piled up sins and a weak spiritual backbone.

5. She is governed by her emotions.

Our culture says, “Follow your heart! Do what feels good.” That advice couldn’t be further from the truth. A weak girl allows her emotions and feelings to drive her mind and dictate her path in life. She is unstable and emotionally all over the map. A strong girl uses her mind to drive her emotions and feelings in the direction of truth, regardless of if it “feels” good.

6. She hides behind a religious mask.

Have you ever known a girl who attends church on a weekly basis, but then lives just like the world the rest of the week? That’s a sign of a weak girl. The Bible calls her a hearer of the Word but not a doer of the Word. She hears the truth in church, but doesn’t allow it to transform her life. She calls herself a “Christian” but does nothing to strengthen her relationship with Christ and grow in godliness.

7. She doesn’t view her sin nature as a problem.

The truth is, we’re ALL weak girls because of our sin nature. The only reason we’re able to conquer sin is because Jesus conquered its power when He died on the cross. It’s only because of Christ living in us that we’re able to say no to sin and be victorious over it. A strong girl realizes where her strength comes from. A weak girl doesn’t understand the power of sin and tries to fight the battles in her own strength.

So there you go!

There are the 7 habits of a weak girl. How did you measure up? Are you falling prey to any one of those habits and becoming weak?

I was personally challenged by that list and realized how easily I give in to sin. I was reminded by Mary Kassian that God is calling all Christian girls and women to be strong in Him! Our world desperately needs to see Christian girls who have a backbone and are willing to say no to evil and yes to righteousness.

That is the true definition of a strong girl.

Will you join me in the fight against weakness and strive to become a strong girl for God? I pray you will!

Take some time to pray about the list from above and ask God to show you areas of weakness in your own life. If He does, humble yourself and repent of those sins and replace old sinful habits with new God-honoring habits. The strongest girls in the world are those who are humble before God, free of habitual sin, and whose lives are driven and directed by God’s truth. 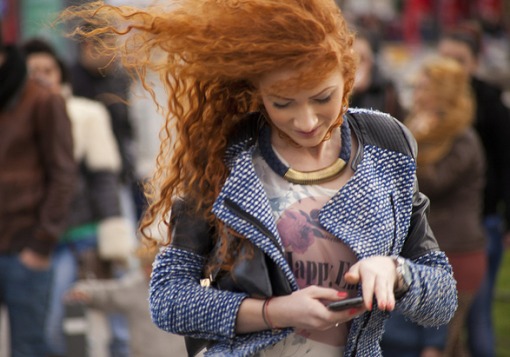