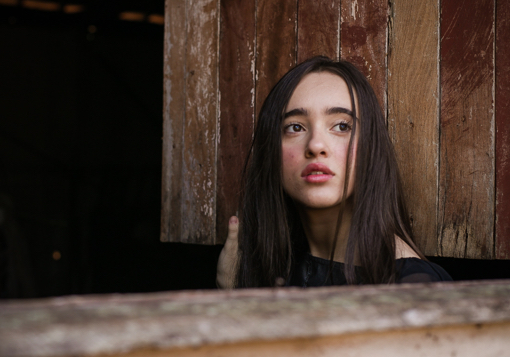 His heart beat faster as he purposely walked down the dark street. It was nighttime, and nobody else was out. He knew she lived in this area. He was hoping she would come out to meet him.

He glanced around to make sure no one saw him. He continued walking when she suddenly appeared in front of him. Without saying a word, she wrapped her arms around his neck and brazenly kissed him.

“My husband is gone,” she said in a seductive whisper. “Come with me and let’s have our fill of love until the morning!”

Like an ox being led to the slaughter, he immediately followed the seductress inside.

Who are this man and woman? They’re the infamous “seductress” and “foolish man” found in Proverbs 7. This man had a serious case of playing footsie with sexual temptation.

I encourage you to take a quick pause and read Proverbs 7 (here).

There are so many valuable lessons we can take away from Proverbs 7, but I think the most important lesson is the one on the danger of playing footsie with sexual temptation. The man in Proverbs 7 made several foolish choices which led him to ultimately committing adultery with a married woman.

The road he chose to intentionally walk down led him on the path of temptation and in the direction of sexual sin.

Second, he made the choice to walk down the exact street where the prostitute lived. We don’t know if he was going directly to her house, or simply hoping he would bump into her… but either way, he made the foolish choice of walking anywhere near her house.

Third, instead of running away from her smooth, seductive speech, he stood there and listened to everything she had to say. The more he listened, the more she made sin sound irresistible. Without hesitation, he followed her to his doom.

One foolish decision at a time, he played footsie with sexual temptation and ultimately gave into to sin.

Before we point fingers at the foolish man in Proverbs 7, many of us as Christian girls need to recognize that we often choose a similar path of deception. We think we can walk down the street of compromise and play footsie with sexual temptation and not get burned.

Here are some common ways you might be playing footsie with sexual temptation right now:

Listen up girls, although some of these things might seem like “no big deal” they can become the very thing that will lead you down a road you never intended to go.

I’ve seen solid Christian girls give into sexual sin by making the initial choice to play footsie with sexual temptation.

Ask any of those people if it was worth it, and they will all tell you no. Playing footsie with sexual temptation is never worth it. I’ve been there too, and it was never worth it for me either. I can’t encourage you enough to discern your direction in everything you do. Always ask yourself, “will this help me move towards purity, holiness, and honor toward God, or away from it?”

1 Corinthians 6:18-20 says, “Flee from sexual immorality. Every other sin a person commits is outside the body, but the sexually immoral person sins against his own body. Or do you not know that your body is a temple of the Holy Spirit within you, whom you have from God? You are not your own, for you were bought with a price. So glorify God in your body.”

Our world is full of sexual temptation. Our hearts are bent toward lust. Be ready to engage the battle. Be ready to flee.

I want to end by encouraging you to pray and ask God to show you areas in your life where you might be opening yourself up to sexual temptation. If you’re not sure where to start, here’s a simple prayer to help you find the words…

I confess that I am a sinner in need of your constant grace and strength. I truly want to honor you with my life and my purity, so please help me do that. I ask you to reveal areas in my life where I’m opening myself up to sexual temptation. Please convict me of where I’m lacking discernment. I ask for your strength to help me overcome sexual temptation today. May my actions, my thoughts, and my motives be pure in your sight! Amen.

Here are some additional questions to think about.