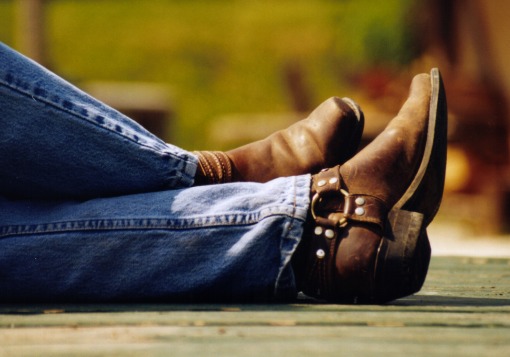 “I am just not attracted to him…”

Have you ever said those words about a guy before? Do you know a guy who is really awesome in every way (he loves the Lord, is Godly, kind, desires to grow, etc.), but you are just not attracted to his outward appearance?

I have been there and know exactly what that feels like.

Over the past few months God has been teaching me some “hard truths” about the reality of my own heart and motives in the way I view certain guys.

I want to share with you what the word “attraction” has meant to me in the past and what it means to me today. Let me start out with a true story. See if you can relate.

She’s too pretty for him!

The other day, my sister Kristen had a conversation with some of her friends about a girl who was getting married. She was a beautiful girl and was engaged to a godly man who absolutely adored her. He desired to lead her, protect her, and give her the best life he possibly could.

Kristen’s friends were having a really hard time accepting the fact that their friend was getting married to this great guy. She asked them what the issue was, and they finally confessed that they thought their friend was too “pretty” for this guy.

“We just didn’t think she’d marry someone so unattractive.”

Sure, he wasn’t the most popular guy around and he definitely wasn’t the “hot” guy all the girls were talking about; but he was a godly man who loved the Lord and desired to marry a godly woman.

He had a servants heart and would make the woman he married feel like a true princess. So why would anyone dislike him or not want their friend to marry him? Could it be that our focus is so much on the “outward appearance ” that we reject someone even though they have godly character?

Do we really care about the heart?

The truth is, most of us think like this whether we want to admit it or not. This has definitely been a struggle of mine. On the outside I say, “it’s about the heart”, but every time I see a couple I make certain judgments.

“He sure got a good catch.”

“Why would such an attractive guy go for a homely girl like her?”

“She is really pretty… why would she settle for a guy like him?”

I am disgusted by my thoughts and ashamed that I let myself ponder on them. Thankfully, God has opened my eyes to how wrong this thinking is. I want to change my view of people from an “outward” focus to an “inward” focus.

When we, as girls, base our attraction on what we think about a guy’s outward appearance, we are looking for a relationship that will only bring short term infatuation.

Infatuation means: to be inspired with an intense but short-lived passion or admiration.

Hollywood’s messages are all about finding the person who fulfills you and turns you on. It’s all about you. No wonder the majority of movie stars have tragic heartaches and multiple divorces. They are living according to human desires and sinful passions.

As a christian we need to turn to God’s Word to see how God views people.

Another great place to go in Scripture to look for inner qualities in a man is 1 Corinthians 13. This chapter talks all about true love. It explains what love is really supposed to look like. If I am going to get married someday, I want a man who understands true love and displays the true love qualities in his life. Patience, kindness, tenderness, self control etc.

A six pack and full head of hair will fade as he grows older, but a man who understands true love will only grow more patient, kind, and self controlled. That is the man I want to marry.

What kind of qualities are you looking for in a future husband?

How about you? Are you solely focused on the his looks or his character?

Let’s turn it around.

How would you want a man to view you? Would you want him to be more focused on your outward beauty or your inward?

Proverbs 31:30 says: “Charm is deceptive, and beauty is fleeting; but a woman who fears the LORD is to be praised.”

Let’s put that in manly terms. Strength is deceptive and six packs are fleeting; but a man who fears the LORD is to be praised.

Final thoughts: Yes, I believe you should be physically attracted to the man you marry, but it shouldn’t be your only focus. Don’t reject a guy from the beginning just because he isn’t “attractive.”

Have an open heart towards God and be willing to pray about him.

If you start praying for a man of godly character now, your eyes will be opened to amazing guys that you had never considered before!

Godly guys are like a rare species – hard to find and heading towards extinction.