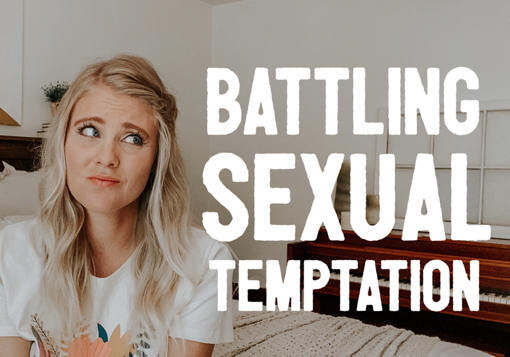 Losing the battle against sexual temptation is one of the most discouraging things for many Christian girls. I know, because I’ve been there many times. Just when we thought we were stronger than yesterday, we find ourselves in that same place of failure.

So what’s a girl to do? Personally, I think we need a better battle plan.

We need to understand how temptation actually works. Temptation isn’t sin…but it entices us toward sin in a very sneaky (but consistent) way. In Genesis, Eve fell for temptation’s schemes in the exact same way that we fall for temptation today.

Let’s roll up our sleeves together and get into the nitty gritty of how sexual temptation works and what we can do to win the battle Biblically.