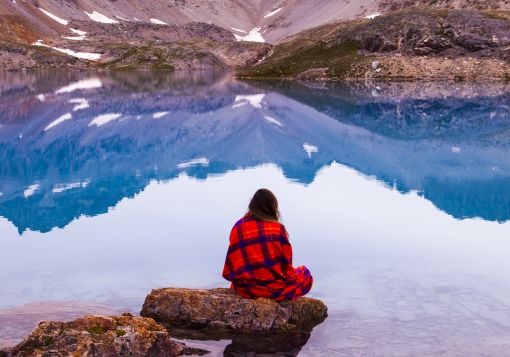 She was a fearless woman. Willing to give up her very life for the cause. Nothing could stop her from doing it. She knew it was worth it.

She knew God had put on earth for this cause.

She was a woman that shreds the “biblical womanhood is wimpy” argument to pieces. She was anything but a wimp. She was more bold and courageous than most of us will ever dream of being.

This woman knew who her God was, and because of that, lived a radically bold life.

I wish more of us lived with the mindset of Queen Esther from the Old Testament. I wish more of us would channel the strength God’s given us, as women, into worthy and noble causes. I wish we would stop wasting our lives away on meaningless pursuits and instead live with eternity in mind.

Not just her history. She changed our history. Her willingness to obey God and face her greatest fears, landed her an entire book in the Bible. God wasn’t looking for a weak, spineless, wimpy woman to do the job Esther accomplished. He needed a woman with a backbone and a woman with courage.

I encourage you to read her entire story here.

Unfortunately, we often ignore biblical stories like Esther’s. We ignore the brave, bold, fearless women that God admonishes in Scripture. We forget about insanely bold women like Abigail, Deborah, Ruth, Mary (the mother of Jesus), and the Harlot who washed Jesus’ feet with her tears and perfume.

That sort of wimpy womanhood does not come from God.

God is not calling women to passivity, but to live passionate lives for Him.

The more I’ve studied God’s Word, the more passionate my life has become. The more I’ve understood His design for my femininity, the more bold, brave, and courageous my life pursuits have become. In fact, those who know me best would laugh if you said I was a doormat, passive, spineless, or anything along those lines.

In fact, you can learn more about strong, bold, and brave biblical womanhood in my book, Girl Defined: God’s Radical Design for Beauty, Femininity, and Identity.

Biblical womanhood isn’t about hiding a woman’s brains or strengths.

Let’s look in Scripture at Esther’s life and see what she was facing. Ask yourself if you’d have the guts to live like her. I’ll give you a snippet of her story and you click the link and read the full story.

When Esther’s words were reported to Mordecai, he sent back this answer: “Do not think that because you are in the king’s house you alone of all the Jews will escape. For if you remain silent at this time, relief and deliverance for the Jews will arise from another place, but you and your father’s family will perish. And who knows but that you have come to your royal position for such a time as this?”

Then Esther sent this reply to Mordecai: “Go, gather together all the Jews who are in Susa, and fast for me. Do not eat or drink for three days, night or day. I and my attendants will fast as you do. When this is done, I will go to the king, even though it is against the law. And if I perish, I perish.”

So Mordecai went away and carried out all of Esther’s instructions. (Esther 4:12-17).

Esther did approach the King.

She put her entire life on the line and saved the people He was set to destroy.

God does not want you to live a passionless or pointless life.

He has so much more in store for you. Will you be willing to do as Esther did and live for “such a time as this?” Will you be faithful and bold in the areas God is calling you to be?

I challenge you to embrace true biblical womanhood and imitate the true women of the Bible. I challenge you to live like Esther, Abigail, Deborah, Ruth, Mary (the mother of Jesus), and the Harlot who washed Jesus’ feet with her tears and perfume.

Don’t settle for anything less.

To dig deeper into the topic of biblical womanhood, grab a copy of GirlDefined.