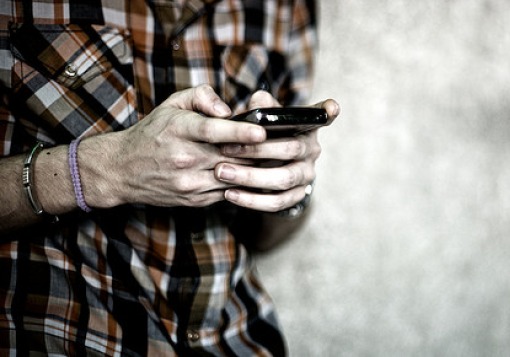 I realize beginning a blog post in the parking lot of the grocery store is a little unusual. But as I’ve been stewing on this issue lately, it seemed a good place to start.

You see, as I’ve been in the parking lot, the majority of the scenes I have witnessed have followed this routine: man and woman (I’ll call them Jim and Jane for fun) walk out of grocery store. Jane is pushing the basket. Arriving at the car, Jane opens the door and unloads groceries (Jim either goes around to the passenger side and gets in, or, on occasion, helps load the sacks into the car). After this, Jane gives Jim the keys, who gets into the car. Jane then pushes the cart back to the “return cart here” place.

The above picture is laughable.

For some reason, however, it makes me feel like jumping out of my car and yelling at the man “HAVE YOU EVER HEARD OF CHIVALRY?!”

This probably wouldn’t be the best solution, but on occasion it’s a tempting thought. Where have the men gone who would help a woman load the groceries into the car? Who would open her door and then return the cart so that she wouldn’t have to?

You see, the parking lot is a small demonstration of where manhood is today in our society.

Most men are weak. Or they’re afraid of offending someone by acting like a real man. The manly men of yesteryear, seem, for the most part, to have vanished off the face of the earth.

We live in a culture which has twisted and tangled the definition of a true man. Men are portrayed as feminine and timid, or obscene and lust-filled animals. We’re expected to fit into one of those two areas. And if a man dares to challenge the definitions the world has set, he’s looked upon by mass media as a fluke (or freak) of nature.

In our day and age, men are more likely to get a pedicure and have their eyebrows waxed than dare great deeds.

Sacrificing one’s self interests is unthinkable and odd.

Now, there are exceptions. A few. Very few. Truly great men have not completely vanished. But unless some action is taken, great men will become a thing only heard of in tales and folklore. Men who have a grasp on all that real manhood encompasses are extremely rare.

Why is our culture like it is? Why are boys growing up into “adultescence” rather than into real men? Perhaps here I should make a note of the type of men I mean. I mean the kind of man that God defines. Men who dare great things and who protect those weaker than themselves. Men who deny their own desires in order to place others first. Men who serve others with their lives. And who do all these things (and more) not for themselves, but for others. And the glory of God who made them.

I believe the main reason boys are not growing into men is because we are a Godless culture.

We get our value from what others think of us rather than what God thinks of us. We persist in placing pleasure over true purpose. We look to secular celebrities and weight lifters for our definition of manhood. And we ignore the fact that God has given us a manual by which we can define manhood!

Scripture is the best place to learn about becoming a true man and all the attributes manhood encompasses. But look around. Where are the teachings of Proverbs? Or the examples of Joseph and David and Paul? How about Jesus?

Jesus was the ultimate man who, unlike us, never succumbed to sin, yet had all the positive attributes real men should aspire to possess. Where is he in culture? He’s not. In fact, any teachings of the Bible are few and far between.

We are, by and large, a Godless culture. We don’t take our definition of “man” and “woman” from the Bible or from looking at noble men and women of the past. Instead, our definitions are influenced by secular society.

How will boys ever grow into real men in the midst of our culture today? We will never be the men God created us to be if we continue to take our definition of “man” from the culture around us.

Join us in a few days to find out what it takes to become a real man.