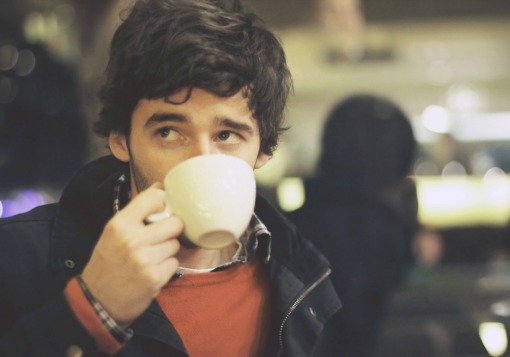 These are some of the statements Bethany and I heard again and again from the girls we interviewed during our Girl Defined video (watch here). Our poor brother was behind the camera and later commented on how negative the comments had been.

The theme was obvious. The average girl doesn’t view the average guy in very high regard. The “girls rule and boys drool” chant has traveled far beyond the playground.

Our society as a whole portrays the average male as nothing more than a stupid, helpless, good-for-nothing slob.

Although some men might accurately fit that description, not all men do.

Do we, as females, really think that bashing men will motivate them to suddenly rise up and become knights in shining armor? What are we trying to accomplish with our negative and degrading comments?

The fact is, not many guys rise up and become men as a result of our negative chanting. If we want better results from our brothers, dads, boyfriends, and husbands, we need a better course of action.

Changing our language and actions are some of the keys to turning a frog into a hero.

Listen to how empowering this one wife’s simple words are. “Some people don’t believe in heroes, but they have never met my husband.”

Simple but powerful words. Is her husband perfect? No way, but she believes in him and uses her actions and words to call out the best in him. Her man is motivated to become her “hero” because he knows his wife thinks he can do it.

Let’s learn from this wise woman.

As Christian girls, we should be the first to encourage the guys in our life.

Here are 3 practical things we can do to encourage “hero status” in other guys.

Get rid of all negative language in your vocabulary. Don’t criticise his every move. Don’t cut the legs out from under him. Refrain from speaking your mind every time you disagree. Instead, choose powerful words of encouragement. Call out the good in him. Compliment him when he does something honorable and kind. Praise any signs of godly character, actions, and manliness that you see in him…even if it’s small.

God designed the man to be the primary leader in the family, so encourage godly leadership in the guys you know (even young ones). Wait for him to ask you out. Wait for him to make his own moves. Don’t always have the “best answer” before he can even get a word out of his mouth. Ask him what he thinks and listen. Let him make decisions. Ask for his advice on small and big things. Affirm him when he makes a good decision (even if it’s a simple one).

3. Allow him to practice chivalry.

Encourage his God-given masculinity in every way possible. Instead of rushing in and out of every door, slow down and give the guy a chance to open it for you. This allows the guy to exercise kindness and chivalry. Don’t be an “I’ve got this…” kind of girl (all the time). Let him “get it” too. Ask him to help you carry heavy things when you can’t. Ask him to escort you to places that feel unsafe.

Whether you realize it or not, your words and actions can have a tremendous influence on the guys in your life.

Instead of mimicking our culture’s negative treatment of men, let’s practice turning frogs into heroes. If we don’t do it, who will?

Let’s chat about it.