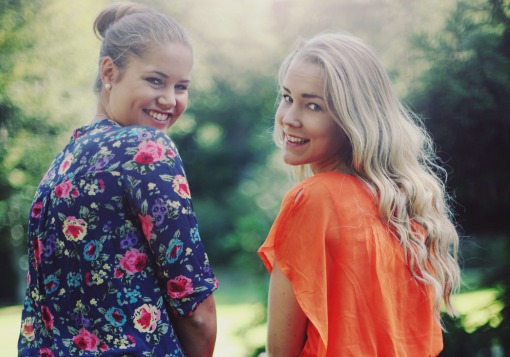 “Do you have a boyfriend?” One girl asked her friend as they bagged my groceries. “Yeah, I do…but I still keep my eyes open.” She said winking at her friend.

My ears perked up when she said that. Since I blog for Girl Defined, I’m always interested in hearing what teenage girls think about life.

“My boyfriend is great,” she continued, “but I’m not gonna lie – there are a lot of really cute guys that work here too.” The two girls giggled. “I have a lot of crushes on the side.”

I walked away thinking about their conversation and had a feeling it would make it into one of my blog posts soon.

Rewind a few years to another conversation I overheard.

I was a bridesmaid in a wedding several years back. During the church rehearsal one of the bridesmaids asked the bride if there were any good looking groomsmen in the wedding. The bride looked at her friend in half-shock and said, “What do you mean, you’re married!”

The bridesmaid didn’t seemed fazed a bit. She laughed the comment off and said, “Hey, it doesn’t matter where you get your appetite as long as you eat at home!”

What each of these girls have in common seems to be a trending theme amongst the young women of my generation. It’s something huge that is causing marriages to dissolve, friendships to die, and Christians to reject their faith.

Simply this: A major lack of commitment.

Most young people today seem scared to jump into things 100% and stay committed until the end. The first girl I told you about was in a committed relationship with her boyfriend…but what was she doing? Checking out other guys at the same time.

The second girl was actually married (the most committed relationship of all)! And what was she doing? Checking out other guys on the side.

Instead of being all-in, we’re taught by society that it’s okay to be mostly-in, with one foot still left on the outside.

Why do you think the divorce rate has skyrocketed in the past few decades? Millions of couples stand at their wedding altar and agree to the most significant commitment of their lives. Then, less than five years later a shocking number of them file for divorce.

I’ve watched lifelong friendships totally disintegrate because one person got offended and didn’t want to make things right. Instead of being a committed friend, they took the easy way out by ignoring the other person and cutting them completely out of their lives.

The same goes for people who call themselves Christians.

I grew up attending church with dozens of girls who claimed Jesus as their King. They loved being a Christian when it was easy and fun and when they had youth group on Wednesday nights. Now, almost half of those girls don’t care about Christianity at all.

This non-committed mindset is causing some major damage in marriages, friendships and the churches.

A major part of the problem is this: We live in a “love rules” culture where we’re taught from a young age that “it’s all about love.” You’ve heard the songs, right? We’re taught that love is a feeling and that we should follow our hearts.

The reason we all struggle with staying committed is because we’re basing our commitment on how strong our love feeling is. If we’re “feeling” good about a situation and if we “feel” like loving the person, then we stay.

BUT – when that person becomes extremely difficult to love and our hearts are telling us to run, what do we do? Bail.

When being a Christian is easy, warm and fuzzy, we love it.

But what happens when our friends make jokes about us going to church, and Hollywood mocks our purity, and that cute guy at work tempts you to be immoral with him…? So often we ditch the Christianity and do what feels good in the moment.

This is a HUGE problem in our generation and it’s only getting worse as time goes on.

I recently heard a Christian song on the radio that stated, “[being a Christian] is more like falling in love, than something to believe in. It’s more like losing my heart, than giving my allegiance.”

That song is a product of Christianity + love culture. It’s the message that being a Christian is more about “falling in love” than claiming allegiance and commitment to Christ. Yes, we need to genuinely love God, but what we need even more than “feelings” of love is a “committed love” for God.

The reason I’m writing on this topic is because I want to open your eyes to a rapidly growing trend in our culture. I want to help you understand that being a committed girl isn’t encouraged in society today.

When your future marriage gets tough, when your friends turn on you, when Jesus seems too hard to follow, you’re gonna-wanna-run.

Don’t do it though!

Make the decision now that you’re NOT going to be driven by a “love rules” philosophy for life. Make the decision that divorce is never an option, that friendships are worth fighting for, and that Jesus is the only reason anything in life matters.

Becoming a committed girl doesn’t happen by accident though.

It takes forethought, perseverance, and dedication. It takes a heart that says, “I’m sticking with this” even when there’s nothing in your heart that wants to.

What kind of girl will you be?

You have opportunity to do make the right choices now, before it’s too late.

Let’s wrap things up with a few more questions:

In what ways have you bought into the lies of our culture that “all you need is love?”

Have you witnessed marriages, friendships and/or Christians who have jumped ship instead of being committed? How did that affect you?

Are you a commitment-minded girl or a “love rules” kind of girl?