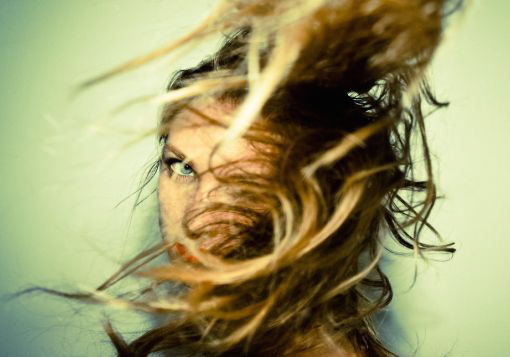 After years of failed attempts to become a European supermodel, Alana’s dream job finally became a reality. Out of thousands of girls, she was selected to be a runway supermodel for a famous fashion designer in Milan, Italy.

She was exactly what they wanted.

After spending a short vacation at home with her family in America, she arrived back in Italy only to find that her position had been replaced.

“You’re not what we want anymore,” one of the Italian agency directors told her. “You’re too short and too pale. We found someone better.”

Alana’s dreams shattered before her eyes.

This was her life. She was good enough one day and not good enough the next. Her entire worth and definition for success was based on how she looked.

For centuries cultures have placed a huge emphasis on fashion and the latest clothing styles. However, in recent years something huge was invented that launched the clothing industry further than it’s ever been before. Do you know what it was?

The invention of the camera.

As a result of the camera, the fashion industry is now able to instantly capture pictures and share them with the entire world.

Think about it. You’re able to instantly receive images (via email) from any clothing store the moment they launch a new line or have a big sale. Fashion companies broadcast their runway shows on television, while other companies grab your attention through a billboard.

The pressure for you to have the best body, cutest outfit, and perfect makeup is at an all time high. This pressure stems from the fact that you now live in an image obsessed culture.

Even the YWCA agrees: “Every woman in the United States participates in a daily beauty pageant, whether she likes it or not. Engulfed by a popular culture saturated with images of idealized, air-brushed and unattainable female physical beauty, women and girls cannot escape feeling judged on the basis of their appearance.”

Our image obsessed culture has taught you that physical beauty and fashionable clothing are the keys elements to being a girl.

Our modern culture has driven the focus of millions of girls towards one pressing question: “How do I look?”

Girls of all ages are now consumed with themselves and their outward appearances.

– What do my friends think about me?
– Does she like my outfit?
– Are my clothes in style?
– What does he think about me?
– Will they think I look fat in this outfit?
– Do I look sexy in this?
– Is my makeup pretty?
– Are my pimples really obvious?
– Am I okay, or do I need to change something?

How many of those questions do you ask yourself everyday?

These questions are simply a sign of a deeper heart issue. We have become slaves to the standards and opinions of others. The approval from others is the driving force for why we’re consumed with our outward appearance.

When we allow other people to define our worth and value, we give them a power over us that only God was meant to have.

This is a very dangerous road because the opinions of the culture change with every new season. This will cause you to live in a constant state of fear and insecurity.

If you’re tired of never measuring up, you need to change the focus of your heart.

Instead of constantly asking yourself the question, “How do I look?” you need to ask, “How can I be more like Christ?” You need to exchange your “me-centered” heart for a “Christ-centered” heart.

Over the past few years God has been convicting me about my self-focused heart and showing me that I valued the opinion of others more than God.

God cares for you and me so much more than our friends ever will.

If you’re having any doubts about your identity in Christ check out 1 John 3:1b: “See what kind of love the Father has given to us, that we should be called children of God; and so we are.”

Or read Psalm 139:13 which says, “For you formed my inward parts; you knitted me together in my mother’s womb.”

God created you exactly the way you look (in your mother’s womb!) and loves everything about your outward appearance. Yes, putting on makeup and dressing in style can be fine, but being consumed with fitting in, pleasing others, and looking perfect is not fine.

You can’t help that you live in an image obsessed culture, but you can help how you respond to it.

You will never be happy with the way you look until you live for the approval of God and not the world.

I hope the next time you look in a mirror and ask yourself that little question, “How do I look?” you will see yourself as a child of God and a valuable creation of the King.