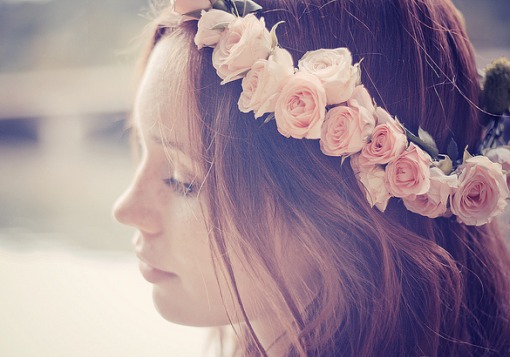 She didn’t have a choice. She was forced to enter the beauty competition whether she wanted to or not. From this point forward her life would never look the same. If she wins the competition, she will become the new bride of a violent and powerful king.

If she loses, she is sent to live in a house filled with all of the other losers, known as concubines. Her life would not be one of flattery, love, and romance. She would live out the rest of her days trapped in a guarded house.

Her dreams of having children and a family would be long gone at this point. And of course the chances of being remembered and called in by the king would be slim to none.

What a future. She either wins and marries the violent king, or she loses and lives in a concubine “prison.” That’s what I call a living nightmare.

I remember studying the book of Esther and realizing her fate for the very first time. Growing up I had envisioned the story of Esther as a romantic dream come true. I was shocked to learn the hard facts about this royal beauty competition.

Before you continue reading, you might want to take a look at this girl’s story. Grab your Bible and turn to the book of Esther. Or just click this link.

As I read through Esther’s story, I was horrified.

Unlike Esther, we have the end of her story.

We can see the start, the middle, and the finish. We can cheer her on as she makes the most life threatening decisions. We have the luxury of being in the future and looking back on the past. We have the heavenly perspective. We can see the rewards of Esther’s obedience as she put her life on the line for God’s people.

All said and done God wasn’t interested in Esther simply being a queen. God needed a woman who had proven she could be trusted. He was looking for a woman who He could count on to fulfill His high and holy calling.

Esther was that woman.

She had a willing and obedient heart and God used her to accomplish His amazing work. She was willing to put her “dreams” on the back-burner in order to accomplish something even greater for God.

Esther now has the full picture of her life, and I’m sure she is so glad she was willing to be used by God.

So what can we as twenty-first century girls practically take away from this ancient Biblical story?

Here are my personal take aways:

1. I must have a willing heart.

God needs a girl with a willing heart. Am I willing to follow God’s plan for my life rather than my own? God says, “The harvest is plentiful but the workers are few” (Matthew 9:37). God is looking for workers to harvest His Kingdom. Am I willing to be one of His workers?

God needs a girl who chooses obedience in her every day life. Esther was only able to accomplish her work for God because of obedience. She put her life on the line, obeyed her uncle and approached the king’s throne. Are you willing to obey God in the little areas of life so God can trust you to obey in the big ones? “Whoever can be trusted with very little can also be trusted with much” (Luke 16:10a).

3. I must trust God completely.

God needs a girl who is willing to trust Him in all areas of her life. He can’t have a half-hearted girl. You have to be willing to trust God with every season of life, every little decision, every relationship – everything. Do you have a track record of trusting in God? “Trust in the LORD with all your heart and do not lean on your own understanding. In all your ways acknowledge Him, and He will make your paths straight” (Proverbs 3:5-6).

In every generation God uses a few women to accomplish great things for His kingdom. The question is, will you be ready?

Are you proving you have a willing heart by the way you live, are obedient to His Word, and trust in Him completely?

God used and will continue to use women to make eternal impacts. Will you be one of those women?