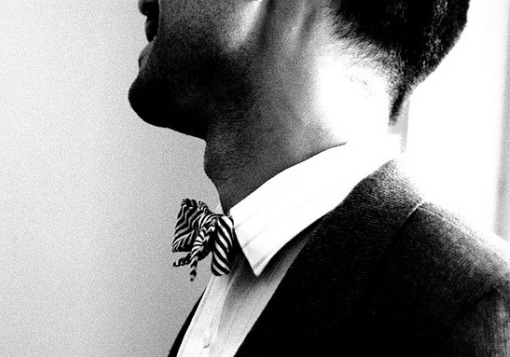 I was a sophomore in high school and had just finished playing in the semi-finals for a big basketball tournament. As my team and I were sitting in the bleachers scouting out our championship game competition, one of the high school guys teams came and sat right behind us.

It just so happened that they quickly struck up a conversation and went on to introduce themselves. It didn’t take long for my ears to tune in to their major language problem. Their English was fine but their choice of words was borderline sailor language.

Being the outgoing girl on my team, I turned around and looked at the leader of the pack. I said something like this, “I really don’t think it’s appropriate to curse in front of ladies. So if you’d like to talk to us, please don’t curse.”

I was dead serious.

I wish you could have seen the look on his face. I’m pretty sure I was the first girl that had ever asked him something like that.

The change in his attitude and behavior was amazing. He went from cursing, flirting and crude joking, to talking and acting like a true gentleman.

I realized that all he needed was someone to act in a way that expected more of him. Instead of allowing him sit there and curse up a storm, I challenged him to a higher standard.

I’m not saying that this will change every boy into a gentleman, but I’ve seen it work more times than just once. I’m amazed at how my personal behavior has directly affected the way that guys have chosen to treat me.

You get what you ask for.

It seems like American girls as a whole have a major blind spot. We think that we can dress however we want, hang out with whoever we want, talk about whatever we want, and still get the utmost respect from all men despite our own behavior.

I hate to break it to you girls, but it doesn’t work that way.

If a woman was dressed up as a firefighter, what would you expect her to be? A firefighter.

What if a girl was dressed up in slinky, seductive clothing. What would you expect her to be? Probably a wild and seductive girl.

Us girls as a whole need to check our “dress up clothes” and ask who we are displaying ourselves to be.

If you want to be treated like a respectable lady, dress to fit the part.
I know this sounds so basic but I’m convinced that it really works. I’ve personally tried it out and have seen incredible results.

Give the guy a chance.

Way too often we as girls cry and complain that there are no real guys left in the world. We cover our pillows with tears and ask God to raise up respectable gentlemen.

Instead of despairing over the fact that there aren’t any real men, why don’t you take a look in the mirror and ask yourself if you are being a real woman?

I have a hunch that so many of those boys would rise up to become men if you would ask them to. I don’t mean literally go and ask them (*that could be awkward*), I mean ask them by your behavior and by the way that you dress.

I realize this isn’t a foolproof guarantee, but I think it’s a great place to start.

Tips to encourage the gentlemen.

Let me close out by giving you a few of my personal tips on encouraging boys to act like gentlemen.

1. When you are walking up to a door, slow down and give the guy a chance to open it. Most girls walk ahead and open it themselves. Try giving the guy the opportunity instead.

2. Try dressing in classier, more modest clothing and you will notice a difference. Strangers, friends, brothers and even my dad all tend to treat me with more respect when I’m dressed like a lady. I think it pulls out their inner noble man.