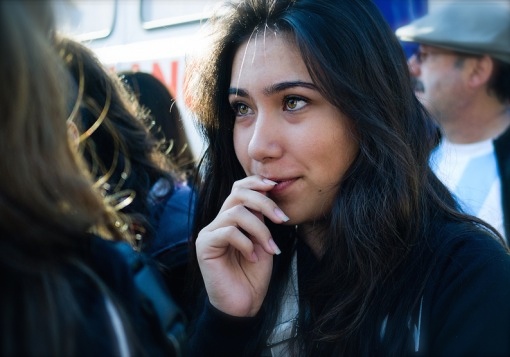 She had no guarantees. She had no promises for her future. She wasn’t handed a map telling her how her life would work out or how the details would unfold.

Mary was only a young teenage girl when she was assigned the most important job in the world. God chose Mary, a young unmarried woman, to carry out the greatest task He would ever assign to any human being.

Mary was just a simple teenage girl at the time the angel, Gabriel, appeared to her with the message from God. She was told by the angel that, although she was a virgin, she would become pregnant through the power of the Holy Spirit and would raise Jesus, the long awaited Messiah.

The message that the angel delivered to Mary seemed so absurd and completely ridiculous. She was a nobody. A girl who’s worth was of little value in her culture. A simple virgin betrothed to a carpenter. Mary, a young female. Was she really God’s top choice to carry out His plan in delivering His Son, Jesus, into the world?

Can you imagine what Mary must have been thinking? When the angel appeared to her she was betrothed, planning a wedding and figuring out her entire future. Pregnancy and mothering the Messiah (I’m guessing) were not on her list of to-do’s.

Her response to the angel is stunning!

“Behold, I am the servant of the Lord; let it be to me according to your word.”

That is why God chose her. She was nothing special in and of herself. She was just a mere girl living in a culture that placed little, to no value, on her life. She wasn’t even married yet. But, God saw through it all. He saw that she was a young woman with a willing heart.

Mary was willing to do whatever the Lord asked of her. Mary accepted the word from the Angel with zero idea how it would play out. She had to totally and completely walk by faith.

She could have been stoned for appearing immoral and unfaithful to her betrothed. She could have lost Joseph’s love and trust. She was most likely the “talk” of the town in a really bad way. Who knows how her life changed in extremely hard ways because of her decision to accept God’s calling on her life.

Mary didn’t have the benefit of knowing the end of the story like we do.

Mary didn’t have the benefit to look into the future. She didn’t know the end of the story like we do. She had to put everything she had ever learned about God into practice and say, “Yes, God, I want to be used by You.”

That’s why God chose Mary. She was a girl willing to follow God, no matter the cost. A girl full of humility, who said, “I am your bondservant.”

God wants to use you

As I was studying through the life of Mary and listening to and reading different articles, I was amazed and convicted.

God wants to use you to work out His incredible plans. The fact that you are a young woman doesn’t worry God at all. He used Mary and He can use you.

Do you have what it takes?

God wants to use you, but you must have what it takes. I love the way Nancy Leigh DeMoss described it in her podcast.

She said you must be:

If you want to be used by God and be a part of His incredible plan, you have to surrender your dreams to Him. You have to realize that you exist to serve Him and you have to be available and ready. If that’s your heart, I challenge you to pray this prayer with me. It’s a prayer written by Betty Scott Stam, a missionary who was killed for her commitment to Christ.

“Lord, I give up all my own plans and purposes. All my own desires and hopes and accept Thy will for my life. I give myself, my life, my all utterly to Thee to be Thine forever. Fill me and seal me with Thy Holy Spirit. Use me as Thou wilt, send me where Thou wilt and work out Thy whole will in my life at any cost now and forever.”

God can use you

God can use you just like He used Mary to accomplish great things. Follow Mary’s example and say, “I am the servant of the Lord; let it be to me according to your word.” 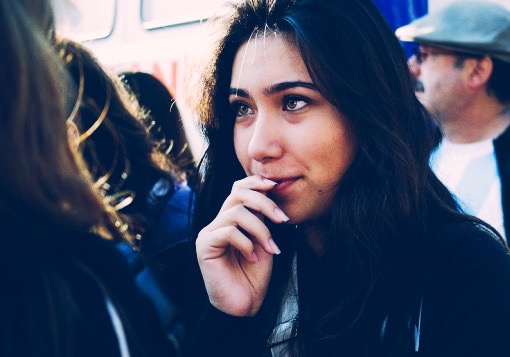