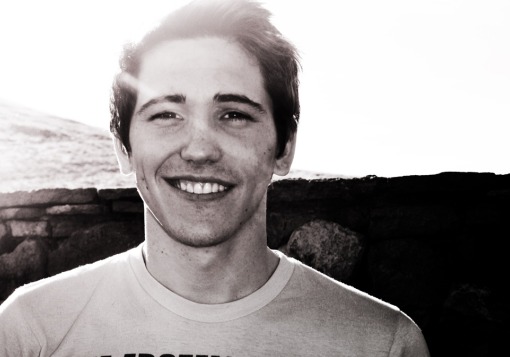 “He’s one of the cutest guys I know! I seriously have a major crush on him.” It was 3 am and the conversation was just getting good.

“Yeah, Caleb is good looking alright, but his older brother, Josh, has him totally beat!” We giggled like little girls.

“Would you marry Josh if you could?” I asked my friend with a wink. Without hesitation her words bursted out, “In a heartbeat! I would marry that guy tomorrow if he asked me. He’s perfect!”

This was me at fourteen years old pulling an all-nighter with one of my good friends. Like most girls, we loved talking about our latest crushes and comparing the cutest guys.

Getting married someday was the coolest thing in the world to me and I prayed God would give me a good-looking husband. Yeah, I wanted him to love Jesus too…but being handsome was high on my priority list.

It’s funny and embarrassing for me to think back on some of the conversations I had as a teenage girl. I thought I knew everything there was to know about guys.

I considered myself to be an expert on the male species.

When I hit my early twenties and actually started seriously considering guys for marriage, my mindset did a 180. My teenage idea of what a “perfect husband” was dramatically changed. I realized that a good-looking guy wasn’t the magic solution to a happy marriage.

If I could go back in time, I would inform myself of the following 4 keys. If you’re hoping to get married someday, you need to know how to tell an “okay” guy apart from a “super-awesome-godly-guy.” You only get one chance at marrying the best guy, so don’t waste it.

Without further ado, I give you…the godly-guy-testometer! Anytime you meet a guy and think, “He’s cute, I wonder if he’s husband material…”, just put him through this test:

1. Does he talks about God more than himself?

There are some guys who talk a lot and some who barely speak. Whatever the case may be, when he opens his mouth, what comes out? Does he spend most of the time talking about his plans, his life, his ideas, his friends, and his dreams? Or, does he take time to ask you questions about your life, your dreams, your thoughts and your day?

A godly guy will not only take a sincere interest in you, he will care enough about God to bring Him up in conversation. He’ll be excited about the sermons at church and interested in reading his Bible and praying.

2. Does he care about your needs more than his own?

I was in a relationship with a guy once who cared more about his own comforts and needs than he did about mine. That’s a bad sign. If the guy doesn’t take the time to notice your needs and go out of his way to care for you, he won’t do it in marriage either.

A godly guy is one who has the sacrificial heart of Christ. He would rather sacrifice for you than pursue his own pleasures. A godly guy looks for ways to serve you and willingly lays down his own desires for the desires of others.

3. Does he give to others more than he takes?

A good relationship is all about giving. If you’re with a guy who is constantly depending on you for everything (car, money, plans, ideas, etc), then he is a taker and not a giver.

A godly guy is a giver. He generously offers his time, his money, his resources, and his ideas to benefit and bless others.

4. Is his character bigger than his muscles?

Let me clarify something here first – I’m definitely not opposed to a guy having big muscles. The muscles aren’t the issue here. The problem comes when the guy spends more time in the gym pumping iron than he does developing godly character.

Any guy who is obsessed with the gym and getting “ripped out” is probably not doing it to point others to Jesus. His goal is most likely to look good for the purpose of drawing attention to himself. A godly guy will take care of his physical body, but will care more about maturing his character than his muscle mass.

The godly-guy-testometer. As an older girl (now married to an amazingly godly guy), I encourage you to filter every guy you’re interested in through that test. Don’t allow yourself to get swept away by a smooth talking prince charming. Keep your eyes wide open and carefully evaluate the heart, character, and actions of every guy you meet. A solid future marriage starts now.

Do you find yourself attracted to guys who don’t measure up to the four points? Why or why not?

What causes you to be attracted to a certain guy? Is it his character or his outward appearance?

Are you currently in a relationship that needs to be broken off? If so, what’s keeping you from doing it?

I’d love to hear your thoughts and insights on this topic of guys, so comment below!