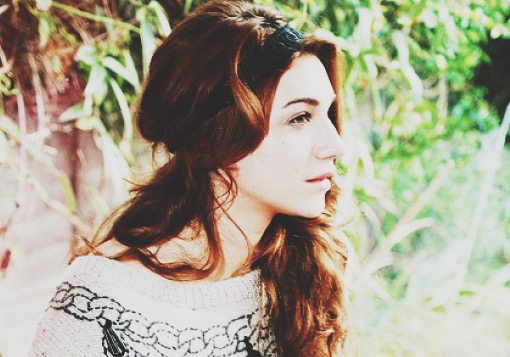 It was a hot summer day a little over ten years ago, when Kristen and I decided to do a really dumb thing.

Back in those days, we were known as the “good girls” and we thought we did a good job of measuring up to that reputation. In a way, we almost felt immune to doing bad things and never really imagined ourselves making any dumb decisions.

We grew up in a Christian family, attended church regularly, were homeschooled, didn’t date around and actually liked our parents. We figured life was good, we were good and   we weren’t really capable of doing dumb things.

Let’s get back to that hot summer day when I was fifteen years old and Kristen was seventeen. Our family was on a camping trip with our best family friends and were enjoying the weekend in the fresh outdoor air.

Kristen, myself and the two oldest kids from the other family decided that we wanted to go into town for a bit and walk around. After walking around and looking at the shops, we all came up with *what we thought* was a brilliant idea. We decided to sneak onto a complete stranger’s property and attempt to go cow tipping.

What is cow tipping? For those of you who have no idea what “cow tipping” is, let me explain. The idea is that you sneak up to a standing sleeping cow and push (tip) it over. Yes, it sounds completely dumb, I know. I guess being born and raised in Texas I wanted to give it a try.

Back to the story.

Kristen and I looked at the time and realized it was getting pretty late. We knew our dad wouldn’t want us hanging around town at night, but, we were set on having fun. Instead of using a little bit of common sense, we did what we (again) thought was brilliant. We turned off our cell phones and left them in the trunk of the car. Our dad had no way of knowing where we were, what we were doing or when we would be back. Brilliant? Dumb!

Let’s just say the night went from bad to worse.

After almost getting trampled by a bull, ducking behind bushes hiding from police driving by and praying we wouldn’t get shot by the property owners for sneaking around in the dark on their property, we ended our night and headed home at a very late hour.

We drove up to the campsite to find our dad standing outside waiting. Yikes! That was a really bad moment in time. All at once we realized just how dumb we had been. We had totally and purposely deceived our parents. That night we proved to ourselves and everyone around us that we were capable of doing really dumb things.

The older we got the truer that became.

Although that initial experience of making a dumb decision may not seem that drastic, it opened our eyes to just how capable we were of doing just that.

I clearly remember the moment when I realized I wasn’t immune to making bad choices. I wasn’t born from a special breed of humans that was “less sinful.” I was and am fully capable of making bad choices and doing really dumb things.

Thanks to that realization, I now have a much better perspective of my weaknesses and have slowly, by the grace of God, taken myself off of my immune-to-being-dumb pedestal.

Learn from my mistakes.

This is a shoutout to all of you “good girls” who’ve ever felt immune to big sins. Learn from my mistake of doing that in the past and realize you are a sinner just like me. You  aren’t immune to making big bad choices. You are just as capable of sinning as any other girl.

Here are the three things that have helped me keep a proper perspective:

Be grateful for Christ’s death on the cross. Jesus didn’t come to die for perfect girls who had it all together. He died for girls like you and me who have a sin nature and were lost and on our way to hell. I am so grateful for the grace that God had/has on me and chose to die for a sinner like myself. He died to set me free from the power of sin over my life and give me hope for the future. That’s something to be grateful for!

Stay humble and remember that you are not immune from making big, bad, sinful decisions. Remember that, in and of yourself, you have no power. It’s the power of Christ living inside of you that gives you the strength to fight off wrong temptation and sin. Remind yourself that you are a sinful human who needs a Savior. You need a power greater than your own to fight off the enemy.

Keep watch and never let your guard down. No matter how godly your friends seem,  how great your life feels, how amazing your circumstances are, keep your guard up. Satan walks around like a lion seeking whom he may devour. Satan is looking and waiting for that moment when you, a good girl, let your guard down. Don’t ever do it. Keep your eyes wide open for even the smallest of sins attempting to creep into your life.