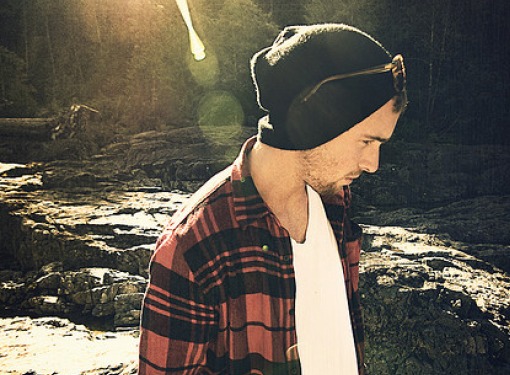 Many of my girl friends are in mourning. They talk about their loss a TON (though they don’t go around dressed in black). In fact, we all talk about the loss. The reason for their mourning is simple: It’s the demise of manhood.

I don’t blame them. Where have the men gone? Are they under a rock?! (I’m a guy – I can say that.) When I go out to eat and there is a girl in the group, I don’t see many guys opening doors (actually, they do open the door. Then they let it slam on their female companion). I don’t see many guys giving up their seats while waiting to be called to their table, and I don’t see guys practicing most other simple courtesies.

The way most guys behave today can be summed up with a four letter word: L-A-M-E.

This is, without a doubt, a problem. I couldn’t agree more with the girls I talk to about this. But I have a question (warning –  this might blow your mind): have you ever realized that, as a woman, you have some responsibility to help the men in your life become who they were meant to be?

Before you begin writing hate comments in the comment section, let me explain.

God created Adam in the Garden of Eden alone. But then He gave him Eve to help him and keep him company. “The Lord God said, ‘It is not good for the man to be alone. I will make a helper suitable for him’” (Genesis 2:18).

Human beings are meant for community – to be challenged, encouraged, held accountable, inspired. So instead of moaning about the predicament of manhood today, try these three simple steps to challenge the men around you.

What am I talking about? It’s simple (but not easy). Allow guys to be courteous to you. Accept the seat they offer, thank them for getting the door, take them up on the offer to bring you something to drink.

It’s simple things like this that encourage guys to keep up the good work of being courteous. You don’t always have to  accept something offered, but don’t continuously turn it down.

Here’s a quick story: Last year I was going back to my hotel in London on the tube. All the seats were taken and there was standing room only. A cute couple squeezed on at a stop, and I offered my seat to the girl, who politely declined. Were my feelings hurt? Of course not! But keep in mind that when a guy is attempting to be a gentleman, allowing him to do something for you on occasion will spur him on even more.

The other day I was driving my sister to an appointment. I hopped in the car… and waited. And waited some more. And then I realized – she was standing outside the passenger door waiting for me to open it for her.

Ouch. I scored a total of 0 gentleman points for that one.

You see, she didn’t yell at me to get the door, she just quietly reminded me, through her actions, of what I should be doing (opening her door). A quick side note here: never, ever, ever nag a guy about doing something. He’ll write you off as obnoxious and quickly decide he’d rather take the 50 mile detour than run into you.

Help his gentlemanly behavior with positive reinforcement – encouragement and praise – instead. I promise it will work much better.

This one might seem a bit more abstract than the last two. But it is just as, if not more, important. Pray that the guys around you will strive to become strong, bold, godly, masculine men.

That they will take the torch of manhood that has been passed down through past generations and run with it. That they would stand up for truth, make lasting change on the world, and build a legacy that would last. Prayer can change hearts and minds, and is a key to building up men.

There may seem to be a shortage of polite, godly, guys. But don’t give up hope!

They are out there. By being the girl that God made you to be, you will help and encourage the guys around you to live up to who God created them to be.

Let’s finish up with a few questions:

– How can you allow the guys in your life to practice courteousness to you?

– How can you encourage one guy through your actions today to pursue godly manhood?

– Will you pray today that your Dad (and/or brothers) become bold, masculine, godly, men?