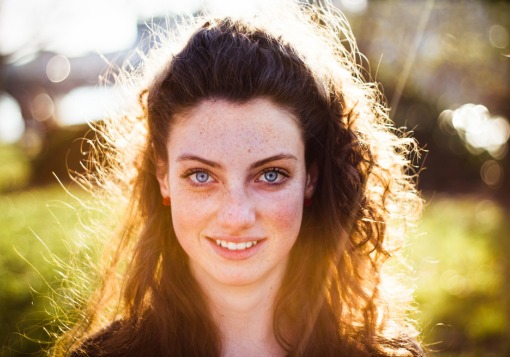 I was driving down the road the other day and saw a billboard with an advertisement for a cosmetic surgery office which featured a seductively dressed model and the statement, “Enhance your beauty.”

The message was loud and clear: If you want to be beautiful you will need a large chest, plump lips, luscious hair, a skinny waist, and long eyelashes.

If you’re a woman alive right now you know exactly what I’m talking about.

You’ve seen the commercials, the ads, the music videos, the billboards, and the magazines like I have. You’ve stared into the mirror when nobody else was watching and wished you were a lot prettier. You’ve compared yourself to other girls and secretly cried at night because you felt like the ugly girl.

You’ve questioned God’s goodness and asked, “Why God!? Why didn’t you make me as pretty as her?”

I know exactly how that feels because I’ve experienced every one of those things too. I’ve felt the same way you have.

According to recent research, the cosmetic industry in America alone brings in roughly 40 billion dollars a year.

If you added up the rest of the world, we are spending roughly 170 billion a year on cosmetics alone. According to www.economist.com, it is estimated that, “Americans spend more each year on beauty than they do on education.”

A study was done on a college campus by the National Association of Anorexia and out of the girls they surveyed, 86% of them reported the onset of an eating disorder by the age of 20.

The most shocking part of our culture’s attempt to redefine beauty is how it has affected the supermodels. If being stunningly gorgeous is supposed to make us happy, then why do supermodels oftentimes feel ugly? Right before the tragic suicidal death of a successful 20 year old model, she wrote on her blog, “The more I gain the more lonely it is… I know I’m like a ghost.”

Even the supermodels can’t measure up because they’ve been photoshopped and chopped a hundred times to make them look “perfect.” Their beauty, makeup, and fake tans still aren’t enough.

So what is enough?

How beautiful do we have to be before we will be happy? How much makeup do we have to wear before we’re totally satisfied with our appearance? How skinny is skinny enough?

True satisfaction is only found in the One who loves you more than anyone has ever loved you before. It’s found the from the hand of Your Creator who gave you life and designed you to carry His Image (Genesis 1:26).

You have a Father in heaven who doesn’t judge your outward appearance according to Hollywood’s standards.

Whether we realize it or not, we’re believing the lie that our value and worth comes from how we look and from how much others look at us.

This kind of thinking is a guaranteed dead-end road that will lead us right into discontentment and ingratitude.

When we place our identity in something as fleeting as a perfect outward appearance, we will never be content. Even if we think we’ve achieved it, it won’t last. It wont satisfy.

There is only one proven solution to combat this heart issue.

There’s only one proven antidote to never feeling like the ugly girl again:

Humble gratitude to the Creator.

The most joyful girls in the world aren’t the prettiest ones…but the ones who have learned how to have genuine hearts of gratitude to God for how He chose to make them.

The winning strategy is to focus on who we are in Christ (2 Cor. 5:17). To focus on our Savior who died on the cross and gave us eternal life because He loved us (John 3:16). Our identity isn’t from this world, but in the powerful work of the gospel that transforms us.

Our heart’s cry should be praise and gratitude to God like David had, “For you formed my inward parts; you knitted me together in my mother’s womb. I praise you, for I am fearfully and wonderfully made. Wonderful are your works; my soul knows it very well” (Psalm 139:13-14).

When was the last time you actually thanked God for how He made you?

When was the last time you praised God for the fact that He loved you so much, He was willing to die on a cross for you?

“Know that the Lord, he is God! It is he who made us, and we are his; we are his people, and the sheep of his pasture. Enter his gates with thanksgiving, and his courts with praise! Give thanks to him; bless his name! For the Lord is good; his steadfast love endures forever, and his faithfulness to all generations.”

You don’t have to wake up each morning feeling like the ugly girl anymore.

Choose to turn your eyes heavenward and begin praising the Creator for how He chose to make you. 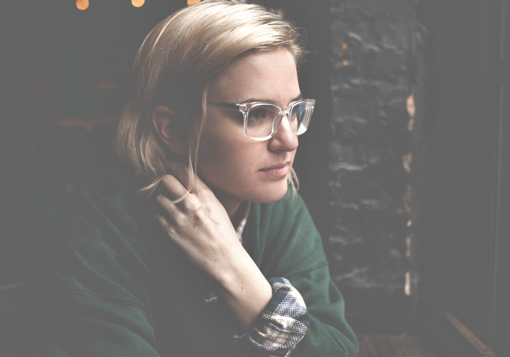