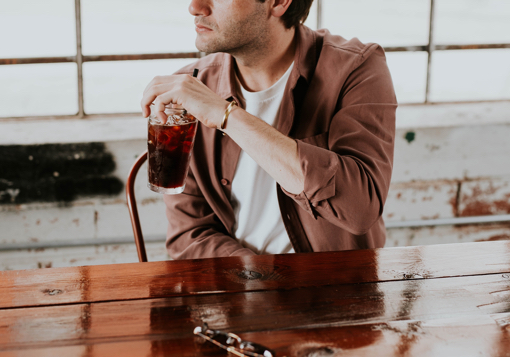 When I was a single woman, I remember people telling me things like, “be sure to marry a man of godly character!” Or, “make sure you know his true heart.” Or, “don’t settle for anything but a genuinely Christ-focused man.”

Okay… I would think to myself. I appreciate the advice, and I agree. These are all good things that I want in a future husband. But how in the world am I supposed to know what a man of godly character actually looks like (in real life)? How do I discern the difference between a really nice Christian guy and a guy with a genuine Christ-like heart?

And in all seriousness, how do I actually measure a guy’s character in the first place? It’s not like a physical piece of wood that you can wrap a tape measure around. So how in the world does this work??

If you’ve ever heard similar comments and had questions like mine, you’re not alone.

Marrying a man of godly character sounds great, but unless we know how to practically evaluate his character, we won’t evaluate it correctly.

Instead, you need to be asking questions like, “What kind of character does this guy have?” “Where is his heart in regard to what God’s Word teaches?” “Does he genuinely love the Lord, and is this evident in his actions?” “Does he uphold God’s Word as the greatest authority in his life?”

In this post, I want to show you a simple, biblical, practical, and measurable way to evaluate a guy’s character from a biblical framework.

This doesn’t have to be a mystery any longer. By using the following list, you can quickly discover how Christ-centered a guy ‘s character truly is. You don’t have to wonder if he’s a godly man…you can actually figure it out. So let’s dive in.

By using a series of biblically based questions, you can discern what kind of character any guy has. This list isn’t exhaustive, but it’s a great starting place.

1. What does he believe about the Bible?

This question is foundational and will reveal a lot about this guy. Does he uphold the Bible as God’s true and inherent Word (2 Timothy 3:17)? Does he build his worldview and beliefs on the truths revealed in Scripture (Psalm 19)? Does he look to God’s word as the ultimate authority in his life? Does he believe the Bible is true and applicable for his life today?

2. How do his actions and words align with each of the following Biblical areas (this is key)…

SALVATION (Rom. 10:9): Is this guy a genuine believer of Jesus Christ? Does he understand the gospel message (Jesus died on the cross for his sins, was raised to life again, and the only way to heaven is through belief in Him)? Does his life display the marks of a true Christian (Romans 12:9-21)?

CHURCH (Eph. 4:16): Does he value church and see the importance of being plugged into a local Body? Does he submit himself to the godly leadership of a biblical church? Does he look for ways to get involved and serve his brothers and sisters in Christ within the Body?

AUTHORITY (Hebrews 13:17, Rom. 13:1): Whether it’s his parents, pastor, boss, or teachers — how does he respond to authority? Is he respectful towards people in leadership over him?

INSTRUCTION (Prov. 19:20): How does he respond to correction and instruction in his life? Does he have a humble, teachable spirit, or more of a prideful arrogant heart? Does he seek outside wisdom and counsel, or try to figure everything out on his own?

WORK (Prov. 21:5, Col. 3:32): What kind of work ethic does this guy have? Is he hardworking or lazy? Does he take the initiative with his job (or schoolwork) and get things done? And in his work, what is his driving motivation for why he works? Is it for God’s glory, or for his own glory?

MARRIAGE (Eph. 5:25-33): What does he believe about marriage? Does he understand the purpose of God’s design for marriage to be between a man and a woman? Does he value his God-given role as a male and yours as a female? Does he believe marriage is a lifelong covenant?

SEXUAL PURITY (1 Thess. 4:3-5): Does he value sexual purity and fight for it in his public and private life? Does he lead your relationship in the way of purity, or does he lead you toward compromise and sexual sin?

IDENTITY (2 Cor. 5:17): Where does he find his identity? Is it in his athletic abilities, his education, status, his job, his passions, or something similar? Or, is it clear that his identity is firmly rooted in his relationship with Christ and his purpose as a Christian?

SIN (1 John 1:8-10): How seriously does he take the sin in his life? Does he hate sin, or excuse it? Does he confess his sin on his own, or is he usually caught/confronted about his sin? Is he genuinely repentant with a humble heart, or is he simply upset over being caught?

This list is a great starting place for genuinely discerning someone’s character according to God’s word.

Now, as a quick disclaimer, I’m not saying a guy has to be perfect to be godly (none of us are even close); but is he intentionally striving after the things above? Is he actively pursuing God and growing as a Christian? That’s the goal for all of us. This tool is also a great resource for evaluating our own character and asking the Lord to help us grow in our own areas of weakness.

Whether you’re in a romantic relationship or not, I pray this character discernment tool is helpful to you. I encourage you to use this right now and in the future whenever a guy comes into your life. As you get to know him, use this too to genuinely evaluate his character. Don’t settle for a guy who isn’t interested in honoring God with his life. No matter how cute or funny he is, it’s not worth it in the long run.

If you want to learn more about how to navigate your romantic relationships in a godly way, I highly encourage you to grab a copy of my book Love Defined: Embracing God’s Vision for Lasting Love and Satisfying Relationships. This book covers everything from crushes, intentional dating, guy friendships, boundaries, red flags, biblical love, and much more. I think you’ll love it!

Now, I’d love to hear from you below.