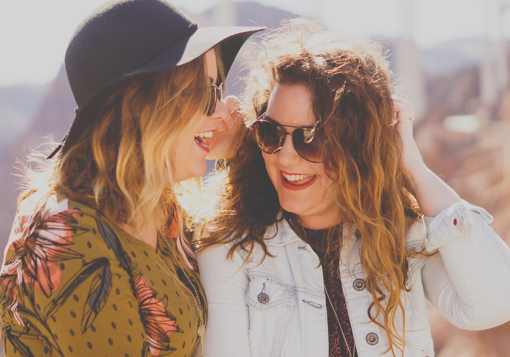 As much as I absolutely love being a woman, I was honestly shocked, saddened, and appalled by the Women’s March this past Saturday.

This March, and all that was represented by it, was a sobering picture of what happens to womanhood when God is removed from the picture. Without God’s truth guiding our lives, womanhood becomes nothing more than a distorted, convoluted, nonsensical mess.

Apart from God, we as women, quickly lose all sense of decency and propriety. We shout profanities in the streets, dress in explicit costumes, bash males, disrespect leaders, insist on free birth control, and of course demand the right to murder our babies without exception.

We become vulgar, profane, angry females whose uniting passion is to ensure unlimited killing of our own children.

Even though I am a modern woman (and love being a woman), I intentionally chose not to participate, support, or cheer on this Women’s March in any way. When I am told to use my womanhood in a vulgar way to promote all kinds of evil, that leaves me no other option but to step out.

If you supported or cheered on this Women’s March in any way, I hope you will genuinely reconsider your support – not because you’re against women, or even women’s marches, but because you cannot embrace God’s truth and embrace the principles that govern this event at the same time.

As distinctly Christian women, our lives can’t be driven by what feels good in the moment (John 8:32).

Our lives must be directed by the constant truth of God’s unchanging Word (Is. 40:8). As Christian women, our greatest passion should be to promote God’s truth and to reflect His glory in this world. We should be women who are passionate about fighting for the life and dignity of all females, from the tiniest babies to the fading elderly.

Personally, as a woman who fears God and is striving to build my life on His truth, this fact alone would exclude me from the Women’s March.

As much I personally love womanhood, I cannot support or promote a version of womanhood that is so blatantly against God.

In a nutshell, here are the 3 primary reasons why I chose not to walk in the Women’s March last Saturday:

That is exactly what was happening at this women’s march. Evil was being emphatically praised (namely abortion) and it was evident in the language and signage that God was completely out of the picture. As a Christian woman, I cannot stand with or support a movement that is blatantly rejecting God at its core.

Prior to the march taking place, it became clear that abortion on demand would be the essential “unity principle” on which these women would stand. But the most ironic (and sad) thing is that on their list of principles, the “right to abortion” came directly after the right to “end violence.”

They stated: “Women deserve to live full and healthy lives, free of all forms of violence against our bodies.” While marching FOR the right to kill the smallest and most vulnerable of females they claim to be against female violence.

Sadly, the women of this march don’t believe all women deserve to live full and healthy lives…just the ones who survive the womb. This horrific and violent act against unborn girls (and boys) is one that God is adamantly opposed to (Exodus 20:13), and one that I could never march behind.

When it comes to the hot button issue of gender, we all must choose between one of two options: 1. We must allow God’s Word to define our gender (Gen. 2). 2. We must reject God’s Word and choose to define gender for ourselves (Rom. 1).

Sadly, the Women’s March last week took a passionate stance against God’s created order for gender. Within their Unity Principles they stated, “We must have the power to control our bodies and be free from gender norms.”

Since my worldview is based on God’s timeless Word, this “principle” of the Women’s March was not one I could stand behind. God is the Creator of every human life and He is the only one who has the authority to define our gender identity and gender roles (Gen. 2, Rev. 4:11).

If you’ve been on the fence about this women’s march until now, I hope you won’t be any longer.

When women rally together for “rights” that are blatantly against God’s Word, this is something we cannot cheer on or support.

However, as much as we may be against the principles behind this march, I want to encourage you (and me) to not lose a heart of love and compassion for the women in the march.

Just like you and me, they are women too who are in desperate need of a Savior.

Just like you and me, they’re lost and confused and in dire need of God’s redemption in their lives.

Instead of getting angry or frustrated about this Women’s March, let’s join together and pray for these women to embrace the true God who forgives, saves, and heals.

May we be courageous women who stand strong for God’s truth, but with humble hearts and compassion toward those who desperately need Him too.

I’d love to hear your thoughts about this topic, so leave me a comment below!