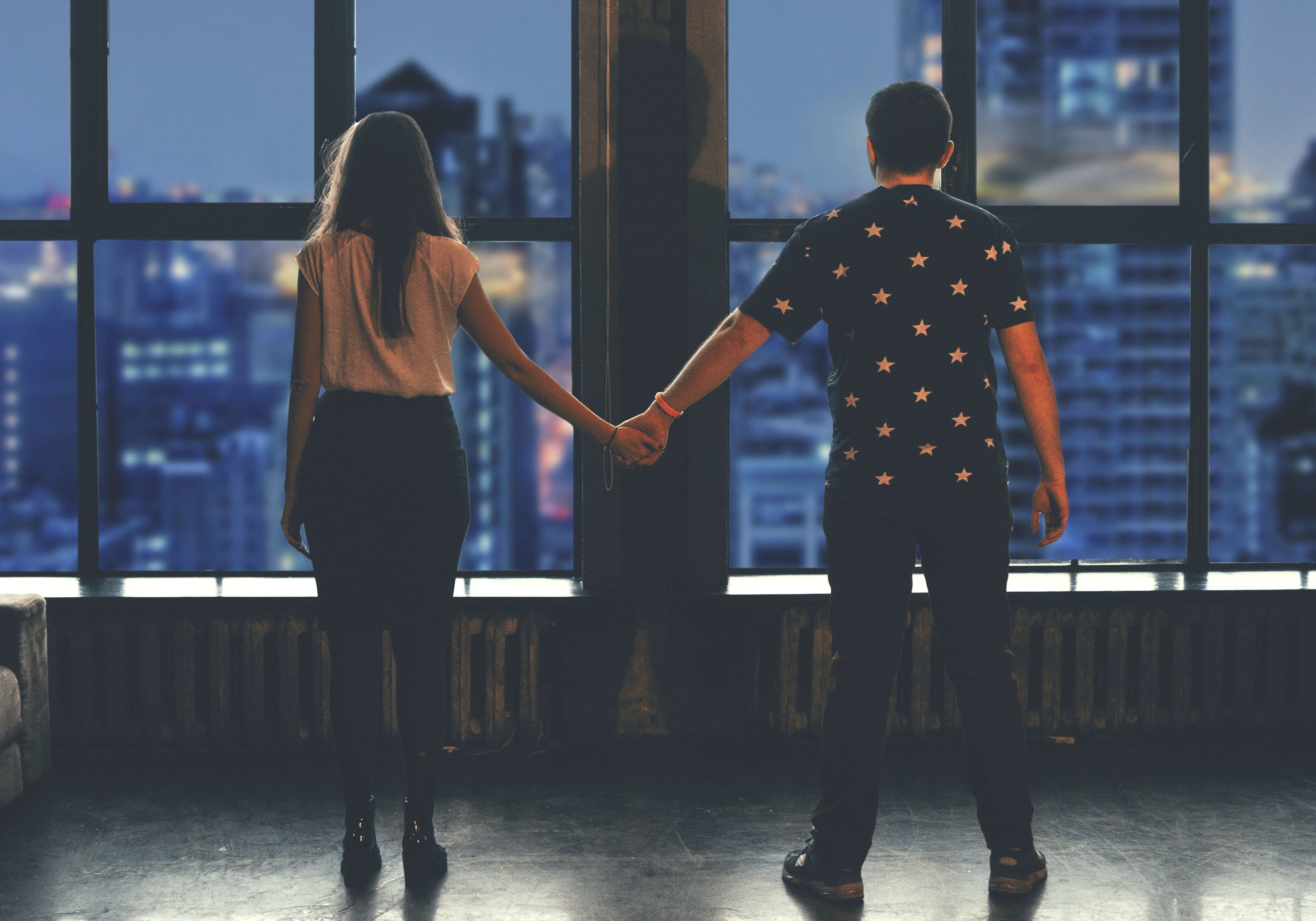 We were desperately in love. He wanted to marry me and I wanted to be his wife.

He popped the question while the sun was setting one cool October night. I immediately said yes and from that moment on we viewed one another as our soon-to-be-spouses.

Love was in the air.

We began planning and prepping for our future life together. We talked budgets, apartments, registries, bathroom towel colors, and everything in between.

The wedding was only eight months away.

Wouldn’t it make sense for us to move in together now? Why not get ahead of the game by combining our living spaces early? Shouldn’t we give marriage a test run first?

Those are common questions many young Christian couples are asking today. And it’s no wonder. Modern movies and TV shows glamorize the popular idea of cohabitation.

Regardless of the terminology, “playing marriage” is the name of the game now.

“According to USA Today, more than two-thirds of married couples in the United States now say they lived together before marriage. The number of unmarried, opposite-sex households is rising dramatically.”

This trend is rising and seems to appeal to a lot young Christians. Instead of diving head first into marriage, couples now want to test drive their potential mates.

“Just as nobody buys a car without taking it for a test-drive, most people—about two thirds of couples—don’t get married any more until they’ve lived with their proposed lifetime partner.” -Time.com

Although the culture gave Zack and me plenty of “good” reasons to move in together before marriage, we chose to go against this popular trend.

In fact, as crazy as this may be to come people, we never even considered it an option.

Instead of embracing our culture’s “progressive” ideas, we chose to embrace God’s timeless design and trust that His plan is better.

As Christians, we can’t base our decisions off of what is popular, trending, or even progressive. Our decisions must be rooted in the authority of something higher. Some timeless. And that authority is only found in God’s Word.

So should Christian couples live together before marriage? According to God’s Word we shouldn’t, and here are 3 reasons why:

The Bible never says “Thous shalt not live together before marriage” but it does clearly define what marriage looks like. God didn’t create Adam and Eve and say, “okay, give each other a test drive to see if marriage is an option.”

From the beginning of time God intentionally laid the foundation for what marriage is supposed to look like.

He said, “Therefore a man shall leave his father and his mother and hold fast to his wife, and they shall become one flesh” (Genesis 2:24).

The progression in this verse is extremely important to note. First, God said that the guy needs to leave his dad and mom. Next the guy is supposed to hold fast (or cling, join, bond, unite) to his wife.

Last, and only last, the guy is told to become one flesh (sexually intimate) with his wife.

This verse makes it clear that living together should naturally come after marriage.

“Playing marriage” is a cheap imitation of God’s original design for us. It’s eating our cake before the party. It’s rebelling against God’s purpose and order for marriage.

We need to honor marriage in the same way God does. Hebrews 13:4 says, “Let marriage be held in honor among all, and let the marriage bed be undefiled.”

2. God Commands us to Run From Sexual Temptation.

Most couples who cohabitate do more than just share the rent. “Test driving” usually includes sharing the same bedroom, the same bed, and ultimately each other’s bodies. Becoming sexually intimate is hard to avoid when you’re living alone with someone that you’re extremely attracted to.

That was another reason Zack and I chose not to live together before marriage. Of course we had strong desires to “become one,” but we had to temper that with our greater desire to honor God. We knew that sex before marriage was against His good design.

We knew that living together would create immense temptations for us.

It would been foolish for us to assume that we (who are desperately in love) could move in together for eight months and remain completely and totally morally pure. Not a chance…we wouldn’t have lasted a week.

As Jack Wellman describes it, “It would be nearly impossible to not be tempted or lust in one’s heart when they must share living rooms, kitchens, and bathrooms together. Sooner or later there will be opportunities to see someone in a compromising situation, partially undressed or even share the bathroom at the same time.”

Instead of putting our “self control” to the test, we need to heed the wise commands in God’s Word.

A Christians, we must trust God’s Word and choose to honor Him by steering clear of compromising situations.

3. We’re Called to Avoid the Appearance of Evil.

At this point you may be thinking, “Well, I’m living with my boyfriend but we’re not sleeping together.” Or “why is it wrong to cohabitate if we’re not sexually active?”

Those are great questions to ask. The first part of my answer would include reviewing points one and two in this post. Lastly, if we call ourselves Christian women, we need to reflect a Christ-honoring life to the watching world around us.

Even if it’s possible for a couple to live together without being sexually active, does it look morally pure to the neighbors?

When Janet and Bob (neighbors) watch Sarah and Bryan (cohabitors) walk into the same house together night after night, what will they assume? They will assume what is socially normal…that Sarah and Bryan are sleeping together and are sexually active.

As Christians, we’re not only commanded to run from evil temptations, we’re commanded to avoid the appearance of evil. “Abstain from all appearance of evil” (1 Thess. 5:22). Why? Because we represent Christ through our words, actions, and lives. We are called to be small reflectors of Christ’s character to the lost world around us.

For Zack and me, representing Christ was far more important than saving a few bucks on rent.

God’s plan for marriage is better than our culture’s cheap imitation.

Although living together is growing increasingly more popular in our society, it’s actually proving to be less beneficial for couples in the long run.

John Hill, API’s director of research said, “Specifically, couples who cohabit before marriage tend to be more depressed, more dependent and are more likely to believe their relationship will end as compared with married couples who did not cohabit.”

Living together might seem good at first, but it rarely ends in a vibrant, committed, flourishing marriage.

So was it worth it for Zack and me to wait until marriage before moving in together? In short, absolutely!

Walking into our new apartment for the first time as husband and wife was exhilarating. We set up our new space together with the freedom and joy of knowing we were permanently committed to one another. Our discipline prior to marriage fueled our commitment to one another after marriage.

No matter how progressive or glamorous our culture’s ideas are, we must always look to our faithful source of truth.

Living together before marriage is not God’s good plan for relationships. May we put our trust in God’s timeless Word. His ways are always for our good, and for His ultimate glory.

I’d love to hear your thoughts on this topic in the comment section below. 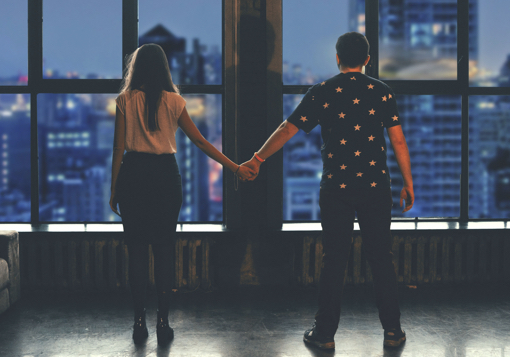