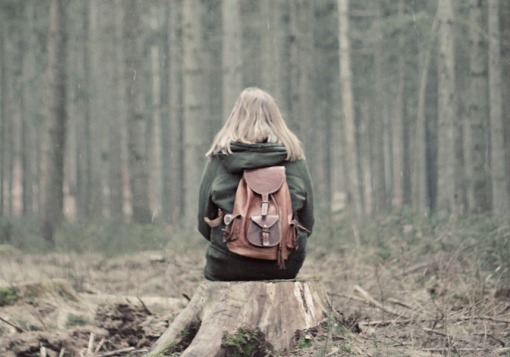 I’m guessing that 2014 was an eventful year for you. For me, the year held unexpected surprises, some sadness, uncertainty, many laughs and countless memories. God’s hand in life was evident daily.

Do you want it to be a year of adventure? Spiritual growth? Broadened horizons? Are you going to focus on a character quality in your life? Helping others? Let me suggest that you can pursue all of the above if you have one thing: a focus on Christ and following him.

When I ask a girl about what she has planned for the year, her response tells me a lot about her.

I’m not going to give examples because in my mind there really isn’t a good or bad response (unless it concerns playing lots of video games or pointlessly staring at the computer for hours – then I’m concerned). One thing is for sure though: when she tells me about goals and ambitions and projects she wants to work on or complete in the year, about new plans she has, I’m impressed.

Ambition and action in a woman are admirable qualities, especially when they concern making an impact on the world in Christ’s name.

If you’re needing some last minute New Year’s resolution advice, here are a few simple things you can do to start knocking out goals.

Being able to check off accomplished goals throughout the year will help you visually see that you ARE making progress. And it’ll give you a shot of adrenaline to knock out the next goal.

Goals shouldn’t be just about us. They should involve others, include others, bless others. When you look at your goals, your eyes should open up in wide-eyed wonder. And then remember that it’s really God working through and with you who will accomplish your goals.

3. Don’t hold onto goals with a clenched fist.

This one may be the hardest for me to grasp (yes, pun intended). God will almost certainly do things in your life this year you would never have dreamed of. What he does may require some goals to change (“I wasn’t able to accomplish ____ because this other incredible ______ happened!”). But remember what God tells us in the Bible: “For my thoughts are not your thoughts, neither are your ways my ways, declares the Lord.” (Isaiah 55:8) Embrace the unknown!

Finally, whatever you do, don’t be intimidated when a person (guy or girl) asks what you have planned for the year.

Answer confidently and be sure of your answers. Don’t be afraid of what they’ll think or say – you’ve only got one life and you want to live it the way God is calling you to live it. Which means you’re going to be doing unique things from the next person. Which is awesome.

I want to close with one of my favorite verses. It’s Psalm 139:16. “Your eyes saw my unformed substance; in your book were written, every one of them, the days that were formed for me, when as yet there was none of them.” As you plan the year, rest in the fact that your future is held in the palm of God’s hand and he already knows what’s going to happen to you. It’s a comforting thought isn’t it?

So get out there and plan and make lists and dream of what 2015 holds. I am, and I hope you will too.

If you could do just two things in 2015, what would they be?

Do you usually make goals for the New Year? Why or why not?