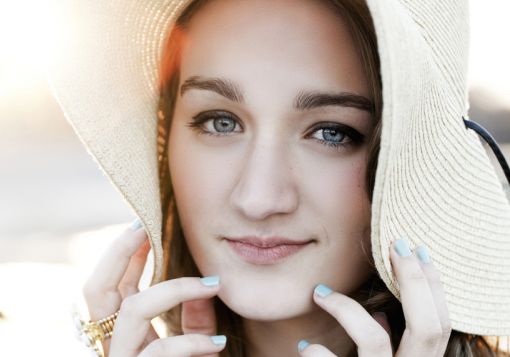 She was thirteen years old when she was noticed for the first time by a guy.

Butterflies swarmed inside of her making her feel as if she was the most special thing in the world. She felt beautiful for the first time in her life, because no one had ever treated her like Austin did.

Her parents were very Godly people and always tried their best to raise their kids the right way. However, they came from a worldly background before they came to know the Lord, so they were well aware of what the world and Satan had to offer for their children.

Her parents warned her of the “angles” this Austin guy had up his sleeve. They told her that just because he appeared innocent, didn’t mean he was.

She let her parents’ advice go in one ear and out the other.

She never really listened to her parents because she thought she knew Austin more than anyone else did.

Austin and that girl talked all the time at church events, parties, family get-togethers, etc. To this young girl, nobody else got the “Austin Treatment” like she did.

This flirting and fantasizing over Austin went on for five years of this girl’s life.

Throughout the five years, she grew more rebellious. All to prove to her parents that she knew more than they did. It was pure act of defiance toward the authority God placed in her life.
God then brought her to this point in her life of absolute brokenness.

She realized how much sin she was in. She then repented after a long go at playing with sin. She finally realized that Austin was everything her parents warned her about. She really loved Austin, so much to the point that she broke her own heart.

She gave her heart to a guy who never loved her.

It was nothing but a fantasy she let her mind create. She finally let go of Austin knowing that, despite how much it hurt, it was what God wanted her to do.

The next few months for her were filled with tear stained pillows, sorrow, guilt, and anxiety.

There were so many times she cried out to God asking Him why? Questions like, “Why didn’t I just listen to my parents? Why didn’t I just do it your way, God? Why can’t I move on? How did I let this happen? I knew what the right thing was, yet I openly rebelled because my pleasure mattered more.”

All she could do was read God’s word, and pray that He would heal the brokenness she had. God started to slowly mend her broken heart. It took a long time for her to feel okay again. But I guess she wouldn’t be the girl she is today without the hardships she has endured.

I don’t know about y’all, but I know I can relate to this story. Perhaps, because this story is mine.

During this heartbreak, I felt like there was no end to the pain I was going through. There was no hope for this lost sinner stranded. I was ready to give up on life. And then I grabbed onto God’s anchor for my restless life.

He took me under His wings, and gave me the hope that I have today.

One of the verses that I held onto the most during that time in my life was Proverbs 3:5-6, which says, “Trust in the Lord with all your heart and lean not unto your own understanding; in all your ways acknowledge Him, and He shall direct your paths.”

In conclusion, I want you younger girls (especially) to know something.

And take it from a girl who has been in your shoes before. Just because a guy tells you that you’re beautiful (which is probably true), doesn’t mean that he loves you. Don’t let your mind run away with you.

When a guy like this comes along, pray that God gives you self control to keep your emotions together. If you’re like me, chances are that the guy was just telling you what you wanted to hear.

Unfortunately on Austin’s part, his idea of a game was just a cruel joke. But on my part, I was not on top of my crazy emotions. I let myself believe that something was there, when there wasn’t.

Always listen to your parents too.

They have been on this earth longer than you have, so they know more. If I had listened to my parents, rather than rebel, chances are I wouldn’t have ended up getting into so much trouble.

All I can say is I made a choice that I will live with for the rest of my life.

But I have peace knowing that my mistake has been forgiven by my merciful Savior. 1 John 1:9, says “If you confess your sins He is faithful and just to forgive you of those sins, and to cleanse you from all unrighteousness.” Trust in the Lord and He will give you the desires of your heart.

– Have you been through an experience like this? If so, how did the Lord get you through it?