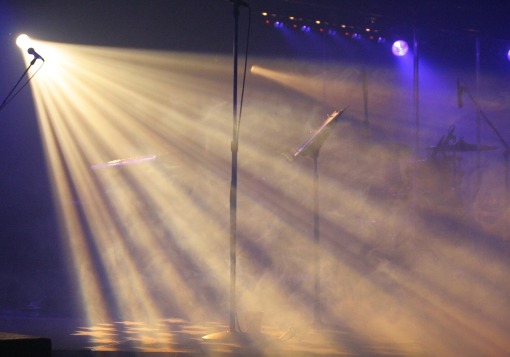 Would you believe me if I told you I’ve been to a Miley Cyrus concert? As shocking as this may be… it’s true.

This wasn’t a recent venture though.

It took place several years ago during the Hannah Montana craze days. I was a nanny to a Christian family and their two little girls were sold out Hannah Montana fans. Their dad surprised them one day with tickets and told me that the girls really wanted me to take them to the concert.

This wasn’t exactly something on my bucket list, but I wasn’t sure how to say “no” at the time.

So there I was several days later, surrounded by tens of thousands of screaming elementary girls. “Hannah Montana” put on an flashy concert with lights, smoke, and an occasional swing on a rope across the audience, but the thing that shocked me the most was how seductively sexualized the entire concert was.

These were little elementary girls for crying out loud. Seriously? What happened to the smiling, happy, singing Disney girl that invaded every aisle at Wal-Mart (including the toothbrush aisle)?

Several years have gone by since then and things have kicked into high gear for Miley.

I don’t make a habit of keeping up to date with the latest celebrities, but I couldn’t help but notice one of the recent magazine covers featuring Miley Cyrus. It stated, “After months of one-night stands and out-of-control partying, Miley finally hits rock bottom.”

Our culture says it’s okay to express yourself in whatever way you want to and everything will turn out fine. Hollywood applauds the most depraved of actions and lifestyles and somehow always forgets to mention anything about consequences.

The results are always the same though. Whether you’re Miley, or any other sin-celebrating celebrity, you will eventually hit rock bottom. That’s just how sin works in this world.

To borrow a line from Hannah Montana, you really can’t have the best of both worlds.

You can’t party it up, sleep around, pop the drugs and at the same time have a life of contentment, peace, joy, and security. You can’t indulge in your sinful flesh and reap the blessings of God at the same time.

You have to pick one or the other.

The Bible makes it very clear that you can’t be a friend of the world and a friend of God at the same time:

“Do you not know that friendship with the world is hostility toward God? Therefore whoever wishes to be a friend of the world makes himself an enemy of God.” (James 4:4 NASB)

Sadly, Miley Cyrus is a good example of a person who clearly wishes to be a friend of this world. When you love and celebrate the sin of the world, you automatically align yourself as an enemy of God.

If you find yourself being allured and seduced by the pop-culture around you, just keep James 4:4 in mind. It’s not worth it.

There’s a logical reason for why a life of sinful partying, sexual “freedom,” and no-boundary living will never result in lasting happiness; because apart from God it doesn’t exist.

“God can’t give us peace and happiness apart from Himself because there is no such thing.” – C.S. Lewis

No matter how famous or popular a person may be in this world, apart from God they have nothing.

They will always hit rock bottom sooner or later. Don’t be deceived by our culture into thinking that true happiness and sin go hand in hand. They don’t. And they never will.

Are you tempted to think that certain sins will make you happy if you only tried them?

Are you buying into the lie that a person can live a life like Miley, and find true happiness at the same time?

In what are areas of your own life are you tempted to try things the world’s way?