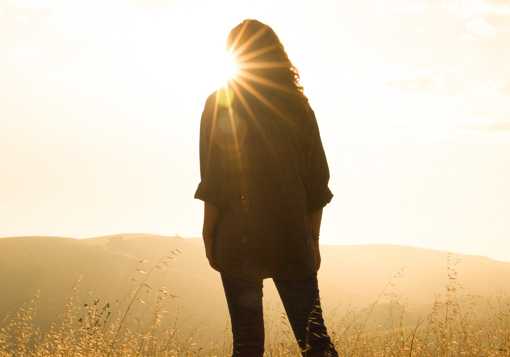 The guard slapped her across the face and yelled, “keep moving!” Her tiny frame and malnourished figure stumbled forward.

On the brinks of starvation and freezing to death, she was doing everything possible to simply survive. Ripped away from her family and friends, she had nothing left but her faith.

The days and months wore on as Corrie Ten Boom endured the horrendous evil inside a Nazi concentration camp. She was in the midst of a monstrous battle. As the days and weeks wore on, she watched her precious sister die from sickness.

Fighting the rage of anger inside her heart, Corrie knew that there was only one weapon that could win this evil battle — love.

After being released from the horrifying concentration camp, Corrie knew her life would never be the same again. Instead of choosing the path of anger, bitterness, and revenge against her torturers, Corrie clung to the powerful healing of God’s mercy and grace.

Instead of embracing hate, she chose forgiveness.

Can you imagine choosing to forgive the very evil people who brought death and destruction to your family?

Corrie chose to return good instead of evil.

Corrie Ten Boom dedicated the rest of her life to sharing her story of God’s faithfulness to thousands of people around the world. As a result, many unsaved people came to know Christ as their personal Savior…even some of the most horrendous Nazi guards.

Corrie Ten Boom died in 1983, and since then has become well known as a “hero of the faith.” She is a woman who saw the battle of evil in this world, and chose to fight against it God’s way. She is a female hero who has left behind a lasting legacy for Christ’s glory.

As a modern woman myself, I love the idea of a brave, courageous, and noble female hero fighting the battles of this world.

But if I’m not careful, my picture of what a female hero should look like can quickly become skewed and self-centered.

She is constantly fighting to keep Christ at the center of her affections. God’s glory is her objective. The gospel is her motivation.

This is the type of modern female hero that God wants you and me to become.

Just like Corrie, other Christian women throughout recent history have also earned the honor of being called a “hero of the faith.”

Amy Carmichael (1867 – 1951) traveled to India as a missionary and courageously rescued countless girls from slavery and prostitution. Amy courageously risked her life to show Christ’s love to helpless young victims, and as a result, many young girls grew up free from a life of slavery.

Amy was a true heroine who made an eternal impact and left behind a beautiful legacy of faith.

Her first husband, Jim Elliot, was killed in 1956 while attempting to make missionary contact with the Auca indians of eastern Ecuador. Against all “common sense” Elisabeth chose to go back to Ecuador and minister to the exact same tribe who killed her husband!

The forgiveness and love she showed the Auca (despite her husband’s brutal murder) made such an impact on these people that many came to know Christ as their personal Savior. Elisabeth dedicated the rest of her life to ministering to others and spreading the great news of the gospel wherever she went.

Elisabeth was a true heroine who made an eternal impact and left behind an incredible legacy of faith.

Biblical women like Ruth, Esther, and Mary (Jesus’ mother) are a few other courageous heroes of the faith, and there are many more.

As incredible and inspiring as these female heroes are, I don’t think a single one of them would have called herself a “hero.” These women didn’t set out to be “great,” they simply determined to obey God’s call to live radical lives for His glory.

These brave women simply fought for what they knew to be true and right according to God’s word. They understood the reality of evil, and engaged in the battle. No matter the cost.

As modern Christian women living in this twenty-first century, we are called to fight the same fight! The battle may look different today, but it exists nonetheless. We are called to engage in the battle of evil and stand up for what is true and just.

We are called to live radical lives for God’s glory, even when nobody around us is doing it.

There is a battle, and we must choose to engage. Right now. Right where God has us.

Whether it’s choosing to courageously share the gospel at your school, or choosing to embrace purity in a sexually perverse culture, or fighting for the lives of unborn babies, or heading to your inner city to minister to the homeless, or starting a local Bible study, or mentoring a younger woman, or choosing to forgive someone who has sinned against you — this is where the battle starts. That is where Christian heroes fight.

Living sold out for Christ right now, in your personal sphere of influence, is what God is calling you to do.

Our world has enough women fighting for evil agendas. I pray you will strive to be a woman who sees the vision for truth, and passionately pursues Christ in your personal life, home, school, job, church, and relationships.

And who knows, maybe one day many years from now, younger Christian women will read about your life and thank the Lord for a female hero of the faith like you.

To learn more about the amazing female heroes mentioned above, click below.

And if you want to learn more about how to become a modern courageous woman yourself, grab a copy of Girl Defined: God’s Radical Design for Beauty, Femininity, and Identity.

I’d love to hear from you below! 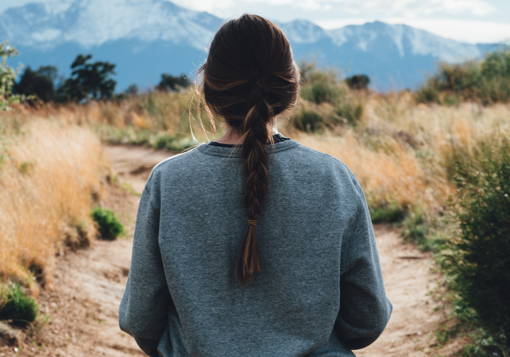