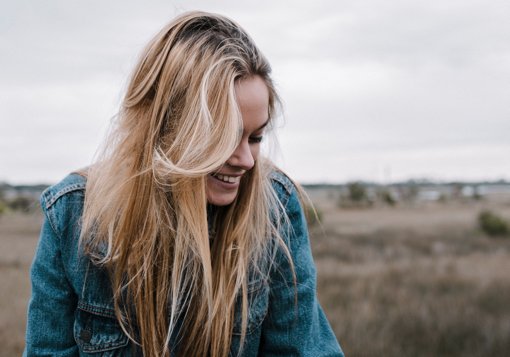 From the time I was a little girl I’ve had random people approach me and ask if I did any modeling. I had never thought of myself as a model, but all of their questions made me curious.

When I grew a little older I finally convinced them to let me try a “family friendly” modeling agency.

I got the job immediately and signed a one year contract.

Things seemed to be going well at first and I liked the idea of being called a model. I wasn’t pressured to lower my standards for modesty and purity until several months into the job.

One day my director called me on the phone and explained that models need to be flexible with what they wear and what they do. “If you want to join the big leagues, you need to be less picky.”

Ultimately she was telling me that in order to become a successful model, I was going to have to undress a lot.

I walked away from the modeling scene shortly after that.

Even though my experience in the industry was brief, I got a taste for what it felt like to “sell” my image for profit. I remember my director telling me that my role as a model was to simply be “eye candy.” I hated being viewed as an object for others to consume.

I was constantly pressured to accept jobs and wear things that were raunchy and sensual.

Sadly, the modeling industry along with countless other industries have re-trained men (and women) to view the female body as a consumable object. TV shows like Girls Gone Wild, companies like Playboy, restaurants like Hooters and magazines like Cosmo have completely destroyed America’s view of women.

Our over-sexualized culture has done an incredible job at making the raunchy girl the cool girl.

“We live in a culture of hyper aggressive female sexuality, which is arguably the worst ever in recorded history.” Carolyn McCulley says.

Modesty has become close to extinct in the new American raunch culture. In fact, modesty is now looked upon with shame and embarrassment.

Author Wendy Shalit says, “The prevailing view is that if you think sexuality should be private or special, then you must be ashamed of it. You’re prude. Conversely, if you are ‘comfortable with your sexuality,’ then you should be cool with lifting your shirt for strangers.”

Sadly, this distorted way of thinking has poisoned the minds of young and old women alike.

Women everywhere are buying into the lie and that wearing the Bunny logo is hip and cool, that dressing raunchy will gain them fulfillment and respect and that sex-without-limits is empowering.

So what has the sexual revolution accomplished for women?

Are we better off as a result? This newfound “freedom” begs us to ask this obvious question: If girls and women are more liberated than ever before, shouldn’t they be happier than ever before?

Not surprisingly though, a study published on the UK Daily Mail found that, “Women are less happy nowadays despite 40 years of feminism. Despite having more opportunities than ever before, they have a lower sense of well-being and life satisfaction.”

The results from this study make sense from a Biblical perspective.

Our sinful world has taken what God designed to be sacred and precious and turned it into something common and cheap.

Ultimately, girls who buy into the messages of our raunch culture do nothing but sell themselves short – waaaaay short – of all God created them to be.

I mentioned this in a previous post called “A Popular Way to Lose Your Respect as a Girl” that when we, as women, don’t value and protect our nakedness, we are unconsciously training the public to do the same.

When we expose our most intimate body parts for anyone to see, we cheapen their value.

The very thing most girls and girls want is to be valued and respected, but sadly, that is the very thing we’re throwing away. As girls, we will never ever be happy until we reject the lies of our culture and reclaim our identity according to God’s Word.

Girls are not objects to be consumed, but are precious humans designed in the image of their loving Creator.

Our raunch culture promises women excitement, fulfillment, fun and happiness, but the results are nothing less than devastating relationships, self-image issues and unfulfillment.

Instead of settling for cheap sexual compromise, choose modesty and dignity instead.

God designed you as a beautiful masterpiece and His plans for you are far greater than anything our raunch culture has to offer. God loves you and values you more than any human ever will.

God calls you, “His workmanship…” (Ephesians 2:10) and says you are “…fearfully and wonderfully made” (Psalm 139:14). Those are words you will never hear from mainstream society. Unlike our culture, God actually values modesty and purity and teaches us that, “women should adorn themselves in respectable apparel, with modesty and self-control” (1 Timothy 2:9).

My prayer is that you will find all of your value and worth in Christ and will come to view our raunch culture as oppressive and repulsive.

A truly liberated female is one who knows her worth in God’s eyes and views her body as a handcrafted masterpiece designed by God for His glory.

To learn more about God’s beautiful design for modesty and dignity, grab a copy of our e-book, Project Modesty.