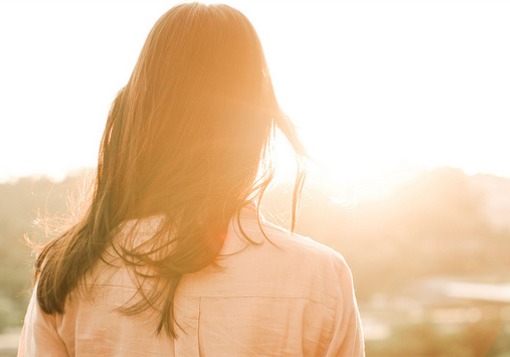 Jennifer grabbed her phone, hopped onto her bed and started browsing the wonderful world of Pinterest. Scrolling through the categories she came to one of her favorites, fashion. As she browsed through the never ending images, she pinned, pinned, pinned away. “Adorable!”, “for my dream closet”, “to die for”, were the comments she left with each pin.

Her dream closet was set and it was time to move into her dream future.

Celebrity guys was her next search. “He is a dreamboat”, “what a hottie”, “look at those abs”. Jennifer’s dream future was in place. The hottest looking guys on the block were quickly pinned to her board titled, “guys”.

Does that story sound familiar to you? I’ve seen it happen on Pinterest over and over again so I know some of you must be able to relate.

*Don’t worry I’m not intentionally spying on your Pinterest boards.*

Clarification: I’m not totally against Pinterest. In fact, I have an account myself. It’s a great tool if it is used correctly.

What I’ve noticed is that Christian girls are living a fantasy life through Pinterest. Browsing and pinning outfits that are raunchy to say the least. Outfits they would (Lord willing) never wear in public. Pinning pictures of romantic couples that should not be drooled over by the single girl.

Before you grab a shoe and throw it at my head, hear me out.

Like I said, I’m okay with Pinterest. I enjoy looking at fun new fashion ideas, remodeling ideas, adorable animals, DIY’s and much more. I think it can be a pretty cool tool when it comes to projects and much needed boosts of inspiration.

Here is my question: If I was given access to two Pinterest boards, one being yours and the other being a non-Christian’s, would it be obvious that you are Christian by your board?

Would I clearly see that your pins are more wholesome, pure, God honoring, moral, and respectful than a non-Christian girl’s?

Sadly, I’ve seen a lot of Christian girl’s Pinterest boards and I can’t say that they look much different than the world. Somehow the fact that it’s online and not “real” seems to justify the type of pins being pinned.

As most of you already know, God is serious when it comes to the way you as a girl live your life.

Think about it. He devoted an entire chapter in Proverbs strictly to illustrate the worldly woman that guys should RUN from. Not hang out with as a friend but totally avoid! Obviously God does not want you to be that kind of woman.

Great news! God is so serious about the kind of woman that He wants you to be that He’s given you an entire chapter (Proverbs 31) and numerous other verses as examples. I want to take you through a few comparisons in each chapter. As you read through, ask yourself which type of woman your fantasy Pinterest girl is representing. Which of the characteristics best describe your current Pinterest boards.

I could go on and on with tons more verse comparisons but I think you get the idea. God has a pretty clear standard of what He views as a godly woman. If your Pinterest board mostly represents the “wild woman” it may be time for a serious heart check.

I want to challenge you to evaluate your Pinterest board and see what has been captivating your attention.

I realize some of you are rolling your eyes and thinking to yourself, “Seriously Bethany! You are such an extremist. Get a life!!” I may be an extremist but I think God is too. Check out this verse:

I would say that verse is pretty extreme, wouldn’t you? I take it God is serious about the life He wants each of us to love. I’m assuming the Pinterest fantasy life is included.

Let me offer you some suggestions in the section below. Keep reading for practical application.

1. Are you willing to delete all the pictures off of your Pinterest boards that are not honoring to God? If you aren’t sure which pictures are and aren’t, read through the above passages for some clues.

2. What boundaries can you put in place? Ideas: Delete the app off your phone. Commit to only getting on during the day. No night time visits. Only a certain amount of time a day. Give access to a wise friend or parent. Delete it all together.