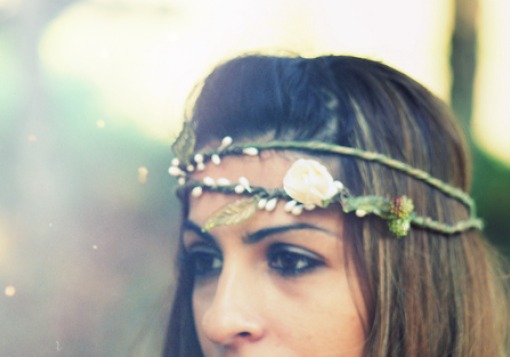 I scoured the local department stores hoping to find something to wear to prom. I was sixteen years old and was about to experience my first and last prom.

Like any normal girl, I wanted to look my absolute best. I wanted feel and look like a princess.

After days of endless searching, I decided that the words modesty, tall, and prom did not exist in the same category. I talked with my mom and she kindly took on the task of sewing me a floor length, red silk dress.

The day of prom finally arrived.

I was so excited. This was something I hoped I would get to experience but never thought I would.

This prom that I was attending wasn’t your ordinary prom though.

This was a by invitation only event. It was designed in a way that created a modest and pure environment. The music was carefully selected, a modesty dress code was put in place, several of our parents acted as chaperones and strict rules were given to every attendee.

This prom was designed to create a fun social event, minus the garbage that’s typically connected with proms.

I realize that most of you don’t have proms like I just described.

I barely had that prom myself. It was planned as a one time event and never happened again. I just happened to be at the right age, in the right place, at the right time.

This little modest, pure, and chaperoned prom I attended wasn’t the only prom in the city. No way! There were dozens of private school proms, public school proms and a big homeschool proms that took place every year.

Those three options of prom are the ones that most of you girls are selecting from. Either that, or you’ve chosen not to attend prom at all (which I commend you for and think that’s a great decision) or you don’t have a prom to attend.

Whatever category of prom you fall into, I want you to answer the question in the blog title: “How to do prom in a modest and pure way.”

The truth is I’ve been out of the prom scene for a while now.

Being twenty-six years old I sometimes forget what’s taking place at this time of the school year. I want to give a shout out to Kyersta for e-mailing in and asking a great question. She is the reason I decided to write this post.

She asked, “I just wanted to know if y’all could do a prom topic on why finding a modest dress is good. And how to be pure through the whole experience of prom and end the night.” – Kyersta

Great question Kyersta. Let me share with all of you my personal thoughts on prom.

1. When it comes to the guy

Going with a godly Christian guy is key at prom. Don’t be soooo desperate to have a “date” at prom that you’re willing to take any slime ball that asks you. Be willing to skip or go with girl friends if a godly guy isn’t an option.

The last thing you need at prom is a guy pressuring you to do something that you know isn’t pure or God-honoring. Decide on the character qualities of a guy you’d like to go with and don’t compromise. A lot can go wrong at prom if you have the wrong guy. when it comes to the guy, it’s okay to be a little picky.

2. When it comes to the friends

Friends are what make the prom. Right? Dancing, eating, taking pictures and riding in a limo isn’t quite as fun without friends. Since it’s a given that most people spend prom night with a group of friends, be extra cautious.

The Bible says that, “Bad company ruins good morals.” Isn’t that the truth! The peer pressure of the friends you surround yourself with at prom will play a HUGE role in your purity and God-honoring success rate.

The last thing you need is a group of friends encouraging you to loosen up, have more fun and push the limits. That won’t help you at all. Again, it’s okay to be a little picky when it comes to friends at prom night.

3. When it comes to the dress

This what I see over and over again. Girls who would never wear the cleavage-bearing, strapless or halter dresses, all of the sudden shed those standards on prom night. It’s like somehow the “formal dress world” and “regular life world” are two different things. When it comes to the day-to-day activities modesty is a given, but, when it comes to prom modesty often disappears.

Don’t have a double standard. Don’t dress immodestly just because it’s hard to find a modest dress. Yes, dressing modestly in a prom dress may take extra work. Thankfully you have a ton more options than I did ten years ago. I’ve created a Girl Defined Pinterest board with modest prom dress ideas. There are also some great websites you can order from.

I’ve used www.latterdaybride.com. They offer some super cute modest options. I’ve also used an international site called www.lightinthebox.com. This site doesn’t cater to modesty but they do sell some super cute, cheap modest formal dresses. A great option for those of you who still have time to plan ahead.

4. When it comes to the dance

Determine your standards ahead of time and don’t budge. As the night goes on dancing tends to get more “loose.” Guys and girls start to feel more comfortable and before you know it things get totally inappropriate. Set standards for yourself and share them with your “date” or group of friends.

Don’t give into temptation just because it’s awkward or uncomfortable. Remember that Jesus is everywhere. He is watching you at your prom. Just imagine Him standing there on the sidelines at each dance. Honoring Him is so much more important than anything else.

5. When it comes to the whole shebang

I want to lay down a hard truth. If you honestly don’t believe that you can attend a prom without feeling compromised, don’t go. I said no to prom three out of my four high school years for that very reason. Looking back on it now, I’m so glad that I did. It wasn’t worth it. And it may not be worth it for you either.

Don’t attend prom just because it’s the normal, cool, fun thing to do. Sometimes God asks us to give up these earthly pleasures in order to honor Christ. He gave up His life for you. Giving up prom is really a small sacrifice compared to what He did for you. Make honoring Christ your biggest priority when it comes to your choice to attend or not to attend.

Let’s chat about it…

Will you be attending prom this year? What is your plan of action to end prom in total modesty and purity?

Do you have any secrets to finding a modest prom dress? What other questions do you have on the topic of prom?