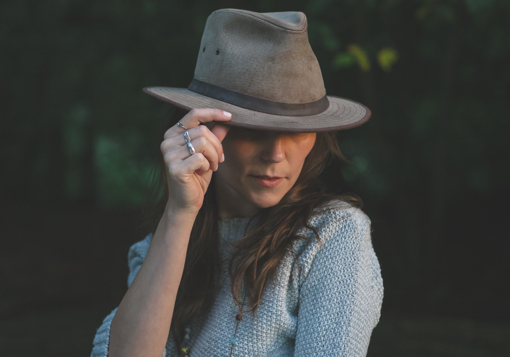 I was chatting with a friend recently who shared an eye-opening experience with me. Being a huge music fan herself, she’s always on the lookout for new and inspiring tunes. One of her other friends had sent her a song to check out, which they had been raving about for days.

Within seconds of listening to it on Spotify, she was instantly captivated by how incredible the voice of the singer was. She clicked repeat. And then repeated it again.

After several days of playing the song over and over, she naturally memorized the lyrics. One morning while getting ready for the day, she was singing the song quietly to herself when she was suddenly shocked by what she was saying.

“What in the world am I singing about!?” She thought out loud. “These lyrics are horrible!”

Without skipping a beat, she looked up the lyrics on her iPhone.

As she read through the first verse, the chorus, the second verse, and the bridge, she was amazed at how sexually promiscuous the song was.

“How in the world did I think this was okay?” She wondered.

Shocked by her own ability to mindlessly sing such sexualized lyrics, she realized how easily she had been seduced by a beautifully packaged lie. The song itself sounded beautiful – and no doubt the singer had some serious talent – but the message of the song was against everything she knew God’s Word stood for.

Falling prey to beautifully packaged lies has happened to me in my life more times than I’d like to count. We live in a seductive culture that is enticing us with beautiful lies everywhere we go.

It can be really hard to spot them sometimes.

Hollywood is constantly pumping out feel-good-chick-flicks that promote a version of true love that is completely contrary to God’s design. Nashville is regularly feeding us new music that is bursting with fresh talent and catchy tunes, but often promotes a worldview that flies in the face of God’s truth.

New York City and LA are constantly creating alluring fashion trends that captivate us on the runway, but their clothing ideas don’t always line up with God’s heart for purity and modesty.

So much of what we watch, hear, and look at in our modern culture appears to be beautiful, but sadly, is nothing more than a thin veneer of beauty covering a lie.

If we want to be Christian girls with strong backbones in this modern age, we’re going to have to be intentional about looking out for lies like these.

I’ve been studying the book of Colossians for the past two weeks and was struck by a certain verse in chapter two.

It says, “See to it that no one takes you captive by philosophy and empty deceit, according to human tradition, according to the elemental spirits of the world, and not according to Christ” (Colossians 2:8).

That is the part that really struck me between the eyes. That no one takes you captive… This verse is addressing the exact same issue of “beautifully packaged lies,” but with different wording.

This verse is warning the early Christians of the exact same things we need to be on guard against today! Not much has changed in 2,000 years. The beautiful packaging might look a little different today, but the seduction and lies are just the same.

As modern Christian girls, we must be on our guard against these lies, or we will easily (and unintentionally) get swept up in them.

The more we tune our hearts to the melody of the world, the more desensitized we become.

Before long, we find ourselves right where my friend (and I) have been – singing catchy songs about premarital sex that contradicts everything God stands for. Songs that mock God’s holiness and righteousness. Songs that laugh at God’s design.

If we want to avoid getting swept away in the enticing current of modern culture, we have to do what the first part of that verse says: “See to it that no one takes you captive…”

We have to take action.

We have to “see to it” on a daily and hourly basis. We have to carefully examine what we’re watching, listening to, and telling ourselves. We have to intentionally compare everything we’re fed and everything we feel to God’s Word. Anything that contradicts God’s truth – no matter how beautiful – needs to go.

“Seeing to it” takes a lot of intentional effort and thought. And trust me, sometimes I get weary of doing it! But when I think of the bigger picture of life and the amazing God whom I get to serve, it’s worth it.

I want to encourage you to pray and ask God to help you “see to it” on a regular basis.

Ask God to help you spot the subtle lies that might be taking you captive.

Make a daily effort to get into God’s Word so your mind is being filled with His truth. Ask God to help you stay the course so you can become a godly woman for His glory.

For more on this topic, I encourage you to check out my other post called, Normalizing What’s Wrong Doesn’t Make it Right.