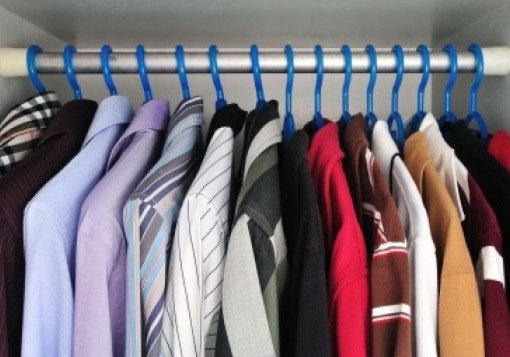 Our culture teaches us that men with six packs, muscular arms, and tan abs are the sexy ones. It’s becoming more common to find movies with a young male actor on the screen who is constantly taking off his shirt and displaying his abs for everyone.

I was actually convicted about this on a personal level last year. I was engaged to a wonderful and godly man named Zack (whom I am now married to), and our wedding day was only three months away. Out of desperation to get fit before my big day, I purchased an intense workout video serious.

After watching about thirty seconds of the first workout video, I realized that most of the guys on the screen were ripped out and were shirtless. I knew this probably wasn’t the best thing for me to be looking at…but after all, I wasn’t really “watching” it – I was just following the exercises.

They didn’t have shirts on.

Several days later my fiancé asked me a question out of the blue that totally caught me off guard. “So, what kind of outfits are the men in your workout video wearing?” Zack asked me out of curiosity. My heart sank. I had to be honest. “Well…they’re kinda wearing athletic shorts…and…well, ya know…not really a shirt…for most of the time.”

I waited for his response. He paused for a moment in thought, then asked me what I thought about that. I immediately became defensive and told him how I wasn’t really having any “struggles” with the guys on the screen and that I didn’t think it was a huge deal.

Girls have to guard their eyes too.

We ended up getting into a deeper discussion about it and over the next few days I came to understand something very important. I was expecting Zack to have high standards of moral purity by guarding his heart and mind against lustful thoughts about other women, and then here I was doing the opposite for him!

The struggle of lust is usually talked about as a “guys problem” and us girls feel like we’re off the hook. Our culture is putting shirtless, half naked, ripped out men in front of us and nobody is telling us not to look. Well, if you’re like me, then you know that lust and fantasies can be just as much of a problem for girls as it is for guys.

As girls, we need to guard our hearts and minds against lust and immodesty just as much as guys do. Those workout videos were not helping me achieve that goal. God says it very clearly in his Word.

“So flee youthful passions and pursue righteousness, faith, love, and peace, along with those who call on the Lord from a pure heart” (2 Tim. 2:22).

We have lust problems too.

I came to realize that I was being unfaithful to my future husband by allowing my eyes to gaze on the half naked bodies of other men. It wasn’t helping me maintain a pure mindset. Thankfully, Zack was bold enough to ask me about it.

How about you? Have you ever considered the fact that guys without their shirts on could be a stumbling block for you? Do you find yourself fantasizing and dreaming about the perfect muscles and abs on a guy?

This is definitely something us girls need to consider.

For me, looking at a guy without his shirt wasn’t helping my thoughts and my mind stay pure. With God’s help, I believe we can conquer the lust in our hearts – but it needs to start with where our eyes are looking and what we’re putting into our minds. The places we choose to look with our eyes will directly affect what happens in our minds and hearts.

I would love to hear your thoughts on this topic.