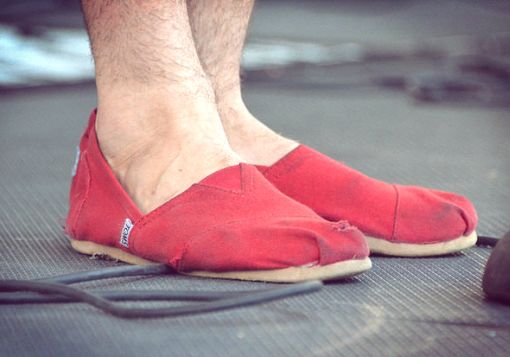 Go to any swimming pool or beach and you will see dozens of them. Watch any modern chick-flick and you’ll probably see a generous amount of them. The sidewalks in the summer reveal shirtless guys running. Pinterest is filled with thousands of “hot shirtless guy” boards. Instagram is loaded with male celebrities eager to fill your feed with their shirtless bods.

Shirtless guys have been an increasingly common part of the modern American culture.

However, it hasn’t always been this way.

Wikipedia stated that “during the Victorian period, Western cultures deplored nudity of any degree, even barechested [shirtless] male swimmers at ocean beaches, and people took great pains to cover themselves up.”

In fact, as late as the 1960’s a man could have been given a ticket by police for going shirtless in New York City’s Central Park.

As shocking as this is, our American culture used to consider shirtlessness as partial nudity.

Our culture has been slowly softening our moral compass. What used to shock us doesn’t phase us anymore. Bikinis for women are a normal part of swimwear today, but they used to be completely indecent and inappropriate as well.

Little by little our culture has been desensitizing us to the point that partial nakedness seems totally normal.

As Christian girls, we have to go to God’s Word first then filter our worldview through His lens.

So what does God think about guys going shirtless? Let’s find out.

Here are 4 reasons why I think God isn’t in favor of guys going shirtless:

1. Clothes were designed to cover.

In a perfect world, clothes weren’t needed. But Adam and Eve sinned, and nakedness was no longer appropriate (Genesis 3:21). God purposely and intentionally made clothes to cover the male and female nakedness.

When we “uncover” our bodies, we’re rebelling directly against God’s plan. We’re pridefully saying, “Thanks God, but I don’t need your covering. I’m doing things my way.”

Whether it’s a male or female body, God gave us clothes for the purpose of covering our nakedness.

2. Our clothes display our heart.

Sadly, we live in a “selfie” focused culture. We’re all about one thing: ourselves. Whatever makes us feel good and we look good in, we wear. We want attention and affirmation, so we often wear immodest clothes to get it.

Girls aren’t the only ones wearing immodest clothing though. A young Christian author named Brett Harris confesses that guys want to show off their bodies too:

“I have to confess, I wasn’t modest in college. I got into working out my freshman year and enjoyed showing off the fruits of my labor. My Christian school had a dress code that didn’t allow guys to walk around shirtless, but I probably pushed the limits of what was permissible. It wasn’t always conscious, but I wanted people to see my arms. I wanted my shirts tight enough to show my muscles. I wanted people to see my shape.”

Whether it’s a guy taking off his shirt or a girl wearing a bikini, showing off our body is a constant temptation. We pridefully want the attention on ourselves, instead of on God. We want people to look at us and think we’re “hot.”

Whether it’s a guy or girl, we as Christians should dress in a way that reveals a humble heart devoted to pointing others to God, not our bodies.

3. Modesty is for both genders.

In 1 Timothy 2:9-10 Paul encouraged the Christian women of his day to be “modest” for the sake of not dressing like the worldly Roman women. Paul was basically telling the women to be set apart (holy) in that culture. He didn’t want them looking like the prostitutes and pagan women of the day.

If God is concerned about women being set apart, modest and holy in a pagan culture, it makes sense that the same underlying principle would apply to men as well. God wants Christian guys and girls to reflect the purity and holiness of His Son through what we wear.

Whether it’s a guy or girl, modesty should be a priority, because it sets us apart from our pagan culture. It covers our nakedness and reminds us of our need for a Savior.

4. Women have lust problems too.

Lust isn’t just a guy problem. Girls struggle with lust too. Why do you think there’s a massive influx of movies, books, and magazines featuring sexualized males? Not every girl struggles with lust to the same degree, but it hits all of us sooner or later.

God designed us to be attracted to the male body. Female lust has been an issue since the beginning of time. Remember Potiphar’s wife (Genesis 39:6-10)? She wasn’t the first or the last woman to lust after a good looking guy.

As Christian women, we are 100% responsible for guarding our eyes and fleeing from sexual temptation. 1 Corinthians 6:18a commands us to, “Flee from sexual immorality.”

If we gaze upon the “ripped out body” of a good looking guy (even in a movie), we are setting ourselves up for serious temptation. We’re also enjoying the body of a man who is not our husband. God wants us to be faithful to our future husbands, even before we meet him (Proverbs 31:12).

Lust is a girl problem too and we should work our hardest at guarding our eyes from all temptation.

May Psalm 101:3 echo the cries of our heart, “I will not set before my eyes anything that is worthless. I hate the work of those who fall away; it shall not cling to me.”

Sometimes being “set apart” means we have be extreme.

I challenged you to ask yourself these probing questions to find out where your heart is.

When I look at a shirtless guy am I…

…tempted to lust after him?

…being unfaithful to my future husband?

…desensitizing my eyes towards nakedness?

…enjoying something not meant for my eyes?

I’d love to hear from you!