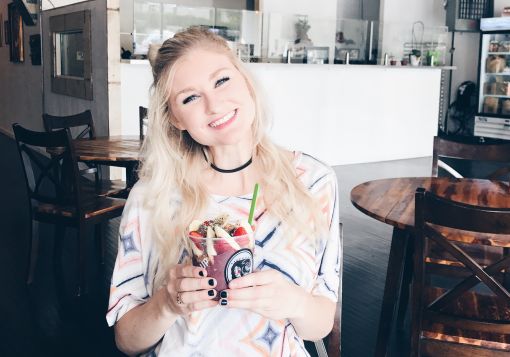 It’s always interesting for me to reflect back on my earliest years of being single.

The memories of finishing my teen years and entering my early twenties are pretty good ones. Even though I had already experienced serious heartbreak at that point (I went through a difficult breakup at 19), my future still seemed bright and hopeful.

I was young, I was excited, and I was ready to explore what God might have for me as a single woman.

Life seemed to be serving me what I wanted at this point in time (or at least what I thought I wanted) and I was happy.

It wasn’t long after this time period that a dashing young man came onto the scene.

Everything seemed to be working out better than I’d hoped.

During my new relationship, the worries and woes of my previous breakup faded into the background. My past heartache no longer mattered to me. I had a new guy and he seemed like a promising potential option. Thoughts of being single long-term were not even a flicker in my brain.

Little did I know that this new relationship was destined for heartbreak as well.

There I was. Now a twenty-four-year-old single woman without an option in sight.

Singleness seemed a lot less glamorous at this point in life. I was now facing my mid-twenties and I was single. Single as a pringle. Totally alone! You know the feeling and it’s not a fun one.

My “plans” were no longer working out the way I had hoped.

Despite the fact that I was so single and so ready to mingle, God had seriously different plans.

Over the next few years, God began to expose some of the biggest lies I’d been believing about my singleness. Lies that were keeping me from truly living and truly thriving during this season of my life (we will talk more about thriving as a single in part 2 of this series).

If you’re in a season of singleness yourself, you probably have your own set of lies you’ve believed about being single. Lies about your worth, your value, your purpose, your future, and so much more. Lies that keep you crippled, instead of thriving.

I want to share a few of the lies I believed during my mid-twenties.

These lies and truths come from straight from my book, Love Defined. In the book, I share more lies along with more in-depth truths to help you dig deeper.

Here are a few lies and truths most singles can relate to.

Lie: I would be more valuable if I had a boyfriend/husband.

Truth: Nothing can add to my value. I am fully loved and valued as a child of God. “See what kind of love the Father has given to us, that we should be called children of God” (1 John 3:1).

Lie: I must have a boyfriend/husband to be happy.

Lie: My life doesn’t really begin until I get married.

Truth: My life has already begun. I need to make the most of the time God chooses to give me whether I’m single or married. “Yet you do not know what tomorrow will bring. What is your

Grab a copy of Love Defined: Embracing God’s Vision for Lasting Love and Satisfying Relationships to learn more about exposing lies and living in true freedom as a single.

When I began to expose some of the lies that were keeping me discontent as a single, everything changed!

If you’re in an unwelcomed season of singleness, I want you to take a minute to come up with your own list of lies and truths.

Take a minute to expose any lies that you’ve believed directly relating to your season of singleness.

Now, grab your Bible and begin searching for truths to combat those lies.

Once you’ve exposed the lies and have unpacked some truths, you’ll begin to see that God actually has a purpose for you in this season!

I would encourage you to grab a copy of Love Defined and dig into the two chapters I wrote specifically for single gals. Chapter 8: When Your Heart’s Desire Is Unfulfilled Chapter 9: Five Strategies for Thriving as a Single Girl

Let’s talk about it.

What areas of being single are you struggling with?

What lies have you believed and what truths do you have to combat the lies?