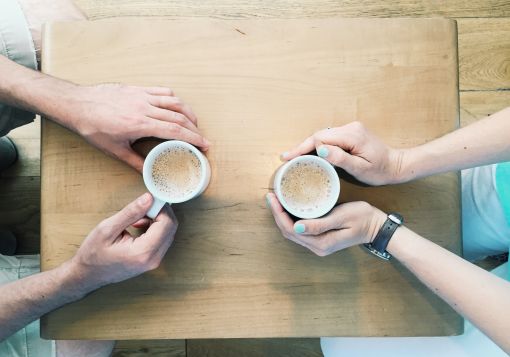 Back in the day, when I was on the lookout for a woman to marry, Kristen immediately caught my eye.

She was (and still is) strikingly beautiful. Her smile was radiant. Her personality was warm and welcoming. She genuinely cared about everyone. She was joyful and everyone loved being around her. Bottom line, she was awesome.

Guess what? It wasn’t her body that drew me to her.

In fact, I don’t even remember being distracted by her body. She dressed in a way that drew attention to her face. Her clothing reflected the joy and love of Christ in her life. I didn’t have to wonder about her intentions. I could tell she had a great perspective on clothing just by looking at her.

I knew she valued modesty even before talking to her.

Kristen wore clothes that were honoring to Christ and others.

As a single guy, I was able to be interested in her for all of the right reasons without having the tempting distraction of cleavage, midriff, and all of the other areas our culture encourages a woman to give screen time to.

Without either of us understanding what was happening, we were being drawn to each other’s personalities, worldview, and love for Christ. Sure, we were physically attracted to one another, but that wasn’t the primary focus.

Trust became the foundation of our relationship.

Kristen didn’t have to wonder about my motivations as a guy. She didn’t have to ask questions like, “Why does he like being friends? Why does he have my picture on his phone background? Is he here just to ‘get’ something?”

She knew I wasn’t interested in her simply for her body. She knew I valued modesty and was attracted to her for who she was as a person.

Our relationship, engagement, and now marriage is flourishing on a foundation of trust and genuine love.

As a married guy, I can’t encourage you (Christian single girls) enough to think about how important modesty is in a relationship. Dressing modestly is for your own good!

I’m assuming you want to be married to a godly guy who loves you for more than just your body.

Well, you can weed out a bunch of “bad options” simply by the way you dress.

Most often the guys who want a relationship for the wrong reasons won’t even come knocking if you’re dressed modestly. You aren’t giving them any “sneak peaks.”

By dressing modestly you are setting yourself up for success in a relationship.

Good guys – the ones you would want to marry – will notice you. They will be drawn to you instead of your body. Modesty is attractive to godly guys because it tells them about your heart.

I was extremely attracted to Kristen because of her beautiful countenance, personality, and desire to honor God through her wardrobe.

If she had been dressed in a sensual and provocative way, I honestly wouldn’t have considered her to be a great “option” for me.

Don’t allure with your body, it’s just not worth it. You aren’t a pretty object to be consumed by whoever feels like it. You are a beautiful woman created by God to be valued and cherished for more than your body. Smart dudes won’t be looking at your body.

Dress to attract a real man. You won’t regret it.

This post is a part of the exciting series called Project Modesty.

You’ll also have a chance to hear more from Christian guys on the topic of modesty in Kristen and Bethany’s e-book, Project Modesty: How to Honor God With Your Wardrobe While Looking Totally Adorable in the Process.