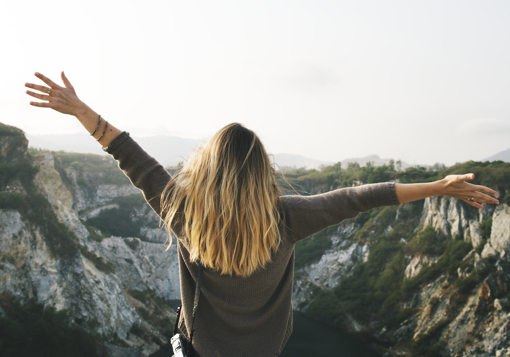 The waves of accusations crashing against my mind began something like this:

No one loves you. You don’t have even one true friend who cares about you. You are unwanted; you always have been, and you always will be. The world would be better off if you were dead.

The waves of this particular mental assault began about three weeks prior to a conference my ministry hosts for women. Every year we experience various attacks leading up to this event. I’m accustomed to the typical annoyances, such as cars breaking down, logistical setbacks, and random illnesses.

But this summer, the battle was so sinister that I didn’t realize I was under attack until it engulfed me.

I got hit by wave after wave of rejection.

By rejection, I mean immense feelings of being unwanted and unloved. Irrational thoughts plagued my heart and mind that didn’t have a basis in reality. These thoughts seemed real and wouldn’t leave for weeks on end.

The condemnation began as a gentle ripple, but it grew into a massive swell that left me sobbing hot tears on my bedroom floor.

The words “No one loves you” ripped through my heart and echoed in my mind as the days grew closer to the event.

As much as I tried to resist, I could not stand against these lies.

I simply could not believe the truth. My mind swirled with accusations, and my heart was engulfed with the searing pain of rejection. I couldn’t believe nor receive love from God or anyone else. My mind was bombarded with the voice continuously.

Here’s a fact: the Enemy knows our weak spots.

This particular attack was not a new tactic. As a little girl, this was the biggest lie I believed about myself. Due to a variety of wounds from my childhood, a lie formed around my heart that I was unloved.

But as a grown woman, I had experienced the deep love of Jesus and walked through an intense time of healing from my past wounds.

The love of God transformed my life, setting me free from the past and the lies of the Enemy. I was a new creation. Without a doubt, I knew I was the beloved of God and lived in this identity for many years. I walked in freedom from insecurity and rejection.

But then, even though I didn’t realize it at the time, I let my guard down and was not standing firm against the Enemy’s schemes. To say this mental onslaught came out of the blue is an understatement.

At the time, I was blessed with an incredible family, strong friendships, and the sweetest marriage.

When the tsunami hit, I could not be reasoned with; I felt completely unloved and unwanted. My whole identity was under attack. Not standing firm against the lies, I believed the accusation that I was rejected.

My heart brimmed with a pain that would not relent. Satan’s fiery darts ripped through me, and every relationship was tainted with his sick suggestions. I felt rejection at every turn, most of which made no sense whatsoever.

My mind was so clouded that I couldn’t see clearly. Let’s just say that I didn’t stand firm. I fell for every dark and sinister accusation. Here’s the deal: If I had been counseling someone else experiencing these types of negative thoughts, I would have instantly recognized it as an attack and prayed for the individual.

But in the midst of it myself, I couldn’t discern that my thoughts were lies and not based in reality.

That’s the thing about deception: we don’t easily recognize that we are being deceived. My fears seemed so real, especially when random circumstances appeared to validate and point to the veracity of the taunts.

For example, I would accidentally be left off an invitation list, or a close friend would forget to call me back, or my sweet husband would make a simple remark that I would completely misinterpret. I’d overhear my team whispering about something, and the voice would convince me it was about me. Crazy junk.

Wave after wave, lie after lie, the accusations pounded against my heart.

Not to sound dramatic, but at times the voice whispered that the world would be better if I didn’t exist.

As the conference finally began, the attack only escalated until I was crying alone in the shower so no one else would hear me. My mind was a battlefield. And while I was fighting this intense spiritual battle, I was trying to teach others God’s Word and lead this conference.

Then, on the second night, I experienced a profound breakthrough that left me forever changed. As we entered into evening worship, we sang many familiar songs of praise.

That night, the presence of God was very evident in worship.

Then my friend, the worship leader, began to sing “Good Good Father.” The profoundly simple chorus proclaims the goodness of God and our identity as His beloved children:

You’re a good, good Father It’s who You are.

As she led us in the song, the room broke out in praise and the Spirit of God moved. I sang these words as though my life depended on it, proclaiming truth from my heart.

As we worshipped, I felt God’s love for me as His beloved daughter.

The more I experienced it, the more I felt my mind, body, will, and emotions take their stand against the lies of the Evil One. The darkness covering me began to disperse, and I could see the Light! Why? Because worship wins the war!

Truth defeats deception. Worship sends the Enemy running. Declaring the truth of my identity in Christ broke the power of the Evil One over my mind.

The storm clouds lifted, and I experienced freedom from the Accuser for the first time in weeks. Where my heart had known only rejection and condemnation, I experienced the deep love of God and the assurance that I was His beloved.

The power of the Enemy to deceive and harass me ceased as I lifted high the goodness of God and proclaimed with authority my position as His child.

I stood, arms held high, feet firmly planted in the love of the Father.

I have no idea how long that emotionally painful attack would have continued in my life had I not discovered the power of standing firm and proclaiming God’s praise in the face of attack.

This truth is seen in scripture as God’s people faced their own enemies. God taught King Jehosophat this powerful secret: worship wins the war!

You will not have to fight this battle. Take up your positions; stand firm and see the deliverance the LORD will give you, Judah and Jerusalem. Do not be afraid; do not be discouraged. Go out to face them tomorrow, and the LORD will be with you. (2 Chron. 20:17)

Victory is found in Christ alone.

He fights for us. Our job is to stand firm, proclaim His praise and wait for the deliverance. I can tell you one thing for certain: Satan and his minions will not stick around when we lift up God in worship.

Nothing sends the Enemy running faster than truth proclaimed as we worship our good, good Father.

This guest post was written by Marian Jordan Ellis who is a Bible teacher, an author of several books for women, and the founder of Redeemed Girl Ministries. In her new book, Stand, Marian explores what it looks like to be faithful in a crumbling world. She addresses questions such as, How do Christian leaders share God’s good news in a culture that wants to silence their voices?  How do Christians battle the voices of shame and insecurity?