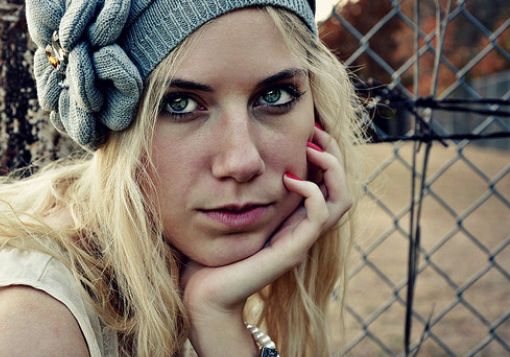 The other day I was playing a game with a group of friends called “Would You Rather.” The game is absolutely hilarious and asks the most bizarre questions.

One of the questions asked during the game got the whole group buzzing and discussing. The question asked, “would you rather have shockingly overdeveloped muscles, or, would you rather be extremely skinny and a total wimp?”

Hilarious (and weird) question, I know!

The group almost unanimously voted that they would rather have shockingly overdeveloped muscles.

Comments flew around the room,

“There is nothing worse than being weak and wimpy.”

“I can’t stand wimpy people. They drive me crazy.”

I don’t know about you, but I totally agree. Wimpiness defined by the dictionary says, “A weak and cowardly or unadventurous person.” Uhhh, no thanks! I really don’t want anyone to ever describe me as being weak and cowardly. How horrible.

The hard reality of this topic hit me this morning.

I was thinking through the topic of this blog post and realized that I’m a wimpy woman more than I’d like to admit.

I may not be a physical wimp (I don’t cry every time someone bumps into me) but I am a spiritual wimp way too often.

Don’t get me wrong,

I know what the Bible says.

I know how God wants me to live.

I know His words are true.

I know Heaven is my eternal home.

I know this life is a vapor.

I know Jesus is my Savior.

I know the gospel saves.

So, why don’t I always live in light of those realities? Because I’m a sinner and I way too often cowardly and weakly give into my flesh. I lose focus of the big picture and zero in on my current circumstances and feelings. I forget where my strength comes from and try to live life without Christ.

I have a feeling many of you girls can relate to me on this one.

Instead of focusing on Christ, you focus on yourself. You become the most important person in your world rather than your Savior. Your choices in life no longer reflect God’s Word, but instead reflect your feelings and momentary desires. As a result of being self-focused rather than Christ-focused, you weakly give into sin and live contrary to God’s Word. Instead of standing strong no matter what, you give into temptation when life gets hard.

I personally want to ditch wimpy womanhood and embrace a warrior mindset.

I want to (by the strength and grace of God) kick wimpiness to the side and fight for God’s truth no matter how difficult. No matter my feelings, circumstances, desires, wants, friends, family, etc. I want to be a girl who obeys and honors God in every area of life no matter the cost.

I think you would agree that we live in a culture with enough wimpy girls running around. Girls that claim to be Christians, but give up on God and His Word when the going gets rough. We don’t need any more of those kinds of girls.

What our culture truly needs is Christian girls who are willing to live out the Bible on a daily basis…no matter the cost.

Girls who are willing to fight for truth.

Girls who are willing to swim against the current of our culture.

Girls who are willing to say no to sin and yes to righteousness.

Girls who are willing to look foolish for the sake of the gospel.

Girls who truly live as ambassadors for Christ.

I sooo want to see a generation of young women rise up and become strong girls who fight to live out the Bible. Girls who truly understand that Jesus is all that matters and that living for Him is the most valuable thing you could ever do with your life. Girls who “when push comes to shove” follow hard after God and not the culture.

Will you be one of those strong girls?

I want to know which of you girls will join the ranks and be a strong fighter for truth?

Which of you girls are willing to make the Bible your ultimate guide for life no matter what your future holds?

Which of you girls are willing to fight against wimpy womanhood and bravely live out the hard truths of the Bible?