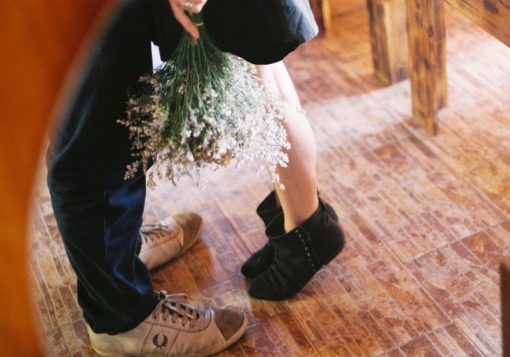 Boy meets girl, they “fall in love,” they jump in bed together, and then grow up and move miles apart.

Unfortunately, the story doesn’t end there.

If having sex before marriage wasn’t bad enough, this pair of high school sweethearts return to their hometown many years later and decide to hook up again.

There’s a catch though. She now has a husband.

Instead of remaining faithful to her husband and family, she believes “fate” is reuniting her with her former beau. Instead of telling him, “Sorry, I’m married and can’t go out with you anymore,” she jumps at the chance to rekindle an old flame.

In dazzling lights and heartfelt drama, she commits adultery.

Moviegoers are moved to tears as this romance unfolds.

Millions of girls and women are drying their tears after watching this movie…but they’re not tears of sadness.

If you don’t already know what I’m talking about, it’s the new movie based on Nicolas Spark’s book, The Best of Me.

Regardless of what Nicolas Sparks thinks, sometimes “the best of me” isn’t all that good.

I normally don’t write movie reviews or address the latest trends in Hollywood, but when a popular song or movie comes out and all the Christians are talking about how much they love it, I take a second glance.

A Christian girl I know recently had a friend tell her how amazing this movie was and how she just HAD to go see it.

My friend listened patiently then asked her friend if the main character has sex with another guy’s wife. The girl looked shocked at the question and responded by saying, “Well…yeah…if you want to look at it that way. But it wasn’t really wrong because she had a horrible husband. She loved the other guy way more.”

We live in a culture where love and sex are tossed around wherever our emotions take us.

Marriage and commitment are considered a thing of the past.

If you’ve seen this movie or are planning on seeing it, I hope you’ll take some time to carefully consider what you’re watching. The world is genius at making sin look romantic and sweet, and movies like this are a perfect example.

As Christians, we have to take a step back from the dramatized, emotion-driven scenes and ask ourselves what God thinks.

When considering this movie, we know three Biblical truths for a fact:

1. Sex before marriage is a sin. Period. No matter how “in love” a young couple might be…sex outside of marriage is a rebellious act against God’s design.

2. If you’re a married woman, having sex with someone other than your husband is a sin. Period. It doesn’t matter how stupid or drunk your husband is, you are commanded by God to be faithful to him until death separates you.

3. Love is an action, not a feeling. True love doesn’t give up on the hard cases. It keeps loving and pursuing until the end. It doesn’t follow its emotions, but leads itself with truth.

Entertainment may seem harmless, but in reality, it’s one of the most deadly things out there.

You may think that sex outside of marriage and adultery are wrong now, but wait until 25 chick flicks later…you probably won’t feel the same anymore.

That’s why God specifically commands us to guard our hearts: “Above all else, guard your heart, for everything you do flows from it” (Proverbs 4:23).

And the Psalmist challenges us by saying, “I will not look with approval on anything that is vile. I hate what faithless people do; I will have no part in it” (Psalm 101:3).

To be honest, I haven’t watched this movie myself and don’t plan on it.

I did the research, read the reviews, and heard enough bad reports to know it wasn’t a good option.

I’m not writing this post to tell you what you should or shouldn’t do, but I hope you’ll seriously consider what you’re filling your mind with before stepping into the theater to watch The Best of Me.