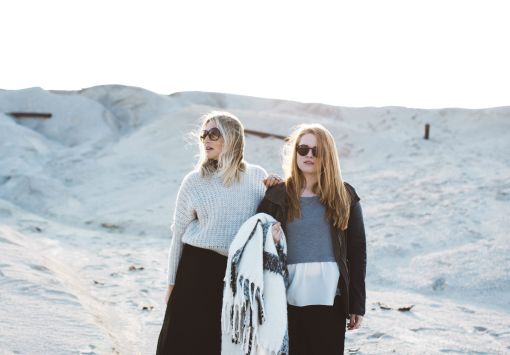 I’m a woman. I love being a woman. I love everything about it. I’m all for women championing and encouraging other women. I think it’s amazing that so many women can work hard, dream big, and live hugely awesome lives.

I personally thrive on living life to the fullest. I love pouring my heart out for the jobs and tasks God has called me to. I feel so alive when I work hard and accomplish big things for His glory. Even if they aren’t glamorous jobs, I love working hard and giving my all.

God has so uniquely created women to be incredible!

That should never be downplayed or diminished. Women are amazing and have enormous amounts of worth because God has made them to be that way.

If you believe that you are less than or worthless, that is a lie. Every woman on the face of this planet earth has great worth because she is made in God’s image. He has given her immense worth.

With that being said, I think we have a little problem.

Over the past few years, I’ve noticed a trend. A trend of women being totally obsessed with life being all about women. To be honest, I think we, as modern women, have actually become quite a bit narcissistic.

We’ve become slightly obsessed with ourselves.

There is this idea that life should revolve around us. Our dreams. Our plans. Our hopes. Our jobs. Our futures. Our life. Our everything. And don’t you dare get in my way or I will mow you over and prove to you that I can do whatever I want to do.

In short, we’ve become pretty self-focused and self-consumed. Sayings like, “The Future is Female” is being printed and proudly worn by women across the world.

Just yesterday, I was shopping for a birthday gift for my younger sister and came across shirt after shirt with sayings like these…

“The Future is Female”

The goal no longer seems to be gaining equality with men but elevating ourselves to a superior and higher position than men. The Future is Female conveys that very message (despite what it “technically” means, it very much conveys that message).

If the future is female, where are the men?

Those types of shirts are few and far between.

Does the Bible support this notion of the future being female?

Instead of blindly following along with the loudest voice coming out of culture, let’s slow down and reconsider who we are, where we are going, and what the future actually holds.

We are daughters of God, made in His image, and created for His glory.

We are on this earth to glorify Him and point others to Him. That is the essence of our existence and the truest reality of our womanhood (Read Girl Defined to dig deeper into God’s design for femininity).

For we are his workmanship, created in Christ Jesus for good works, which God prepared beforehand, that we should walk in them (Ephesians 2:10).

So God created man in his own image, in the image of God he created him; male and female he created them (Genesis 1:27).

O magnify the LORD with me, And let us exalt His name together (Psalm 34:2).

The future is about Him.

Ladies, we don’t have to prove ourselves. We don’t have to show the world that we can do it. We can walk in humble confidence knowing that we are His. We are God’s daughters and our futures are secure. We will spend eternity with the Creator of the world. That is our future.

Make God’s glory and His name the reason you work hard and dream big. Make that the reason for your existence.