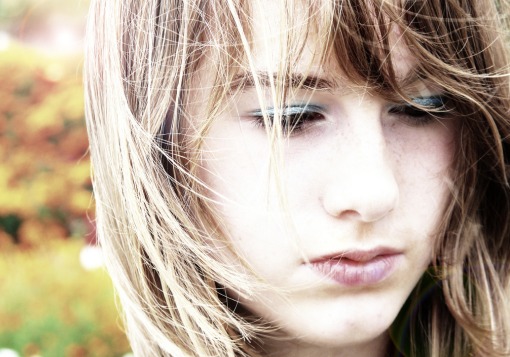 I knew what Planned Parenthood was but had never been this close to one of their buildings before. I was standing twenty feet away from their front door and silently watching as several teen girls got out of a car.

One of the girls was wearing sweat pants which is a dead giveaway for why she was there that morning. She kept her head down as she and her friends quickly walked inside the building. My heart pounded fast and my hands began to sweat as I realized what was about to happen. The reality of abortion became more alive to me in that moment than ever before.

I had just watched a teenage girl walk inside Planned Parenthood to get an abortion.

I silently prayed that God would change her mind and that the little life inside of her would be spared.

Planned Parenthood isn’t a place I visit often, but I was there that day to stand in silent protest against abortion. I was with a small group of pro-lifers and we didn’t yell or make a scene… we just stood and prayed.

Being that close to an abortion facility and watching young women walk inside all day made my stomach sick. A righteous anger welled up inside of me that day and it has never left.

Prior to my first experience with Planned Parenthood, I didn’t have a lot of knowledge about the abortion industry. Yeah, I have always been pro-life…but the reality of what takes place 3,288 times a day didn’t sink in until I watched it happen.

Planned Parenthood isn’t an innocent organization that accidentally got caught up in the abortion industry. They are the nation’s largest abortion providing business with a rich history rooted in racism, eugenics, and lies.

Don’t believe me? Check this out.

This is the year that a woman named Margaret Sanger founded the American Birth Control League (which later changed its name to Planned Parenthood). She, along with a group of liberal feminist women founded this organization out of fear for America’s affluent, educated elite (aka: rich white women). To have more money and time for themselves, these white women were choosing to have fewer children. As a result, they were being outnumbered by the poor and working-class people, and this scared them. (1)

Margaret Sanger came up with an evil scheme for how to solve this “problem.”

She also hated black people. Her ultimate aim and goal for birth control was to slowly do away with black people. She herself referred to them as “human weeds and reckless breeders…human beings who never should have been born.” (5)

Margaret strategically opened up birth control clinics in the areas of town wherever these “feeble minded and defective stocks bred unhindered.” (6)

To put it plainly, Margaret Sanger was a radical racist and extreme promoter of eugenics.

However, birth control was just the beginning for Margaret. What happens if a poor woman or black woman actually gets pregnant…then what? She had an evil solution for this problem too: abortion. She knew that the complete elimination of certain people groups and races would never be achieved without abortion.

In her book Woman and the New Race, Margaret asserted that, “The most merciful thing a large family can do to one of its infant members is to kill it.”

Margaret Sanger died in 1966, just seven years before her life dream became a reality. In the 1973 court battle between Roe v. Wade, abortion became legal for the first time in all 50 states of America.

Planned Parenthood is the direct result and product of Margaret Sanger’s life work and evil dreams.

She is their founder.

Now jump forward with me in history to present day America. Today, Planned Parenthood advertises to be a caring and loving organization that promotes the health of all women. In fact, their tag line is “Care. No Matter What.”

I guess this boils down to what your definition of “caring” actually is.

Planned Parenthood assists women in the murdering of their babies 3,288 times a day. Please explain to me how murdering innocent babies is “caring?” Out of 6,000 clinic visit records examined from a Texas Planned Parenthood clinic, only 3 were referred for adoption. (7)

Planned Parenthood is a billion dollar organization and 51 percent of their yearly clinical income – their only self-sustaining revenue source – comes from abortions.

Oh, and they’re still in the business of eugenics. Margaret Sanger would be proud of this statistic: In 2012, there were more black babies killed by abortion (31,328) in New York City than were born there (24,758), and the black children killed comprised 42.4% of the total number of abortions in the Big Apple. (8)

The most shocking thing about Planned Parenthood is their evil plan to encourage abortions at any cost.

Over the years they have strategically created explicit “sex education” material for children and students of all ages to “teach” them about safe sex.

A pro-abortionist stated, “the only avenue the International Planned Parenthood Federation and its allies could travel to win the battle for abortion on demand is through sex education.”

By exposing children and young teens to sexual information at a young age, these kids are way more likely to become sexually active, get pregnant, and run to Planned Parenthood for an abortion.

In fact, the president of Planned Parenthood stated, “We are not going to be an organization promoting celibacy or chastity.”

This is only the beginning of Planned Parenthood’s evil schemes to get as many pregnant teen girls through their doors as they can.

Because abortions for them equal money in the bank.

Over the past few years, a Pro-Life organization called LiveAction has done some incredible undercover work bringing to light some shocking dark secrets of Planned Parenthood. They went undercover into abortion clinics all across the U.S. pretending to be underage pregnant teen girls in need of information. They secretly filmed each one of their undercover missions.

The results are shocking.

The abortion workers were telling these girls whatever they needed to say (illegal or not) in order to get them to have an abortion. Ummm… and that’s “caring?” (See videos here)

A former Planned Parenthood nurse told The Criterion newspaper that “she saw many women pressured into abortions they did not want, including minor girls.” (9)

I don’t know about you, but that makes my stomach hurt.

I could go on and on about the lies and scandals that have been uncovered on Planned Parenthood. As pro-lifer activist Lila Rose puts it, “Planned Parenthood is the single most evil organization in human history.” And I wholeheartedly agree with her. I hope you do to.

My hope is that this blog will spark a flame of righteous anger inside of you as it has me.

I hope you will continue to do more research on your own and figure out a way to get involved in the pro-life movement.

Next, visit www.liveaction.org for some great information and resources about this subject.

Last, spend some time praying and asking God to end abortion in our country.

Pray for opportunities to get involved in your local city. It could be as simple as standing in front of an abortion clinic and praying.

In closing, we have to remember that our greatest enemy isn’t the abortion clinics themselves, but it’s satan.

“For we do not wrestle against flesh and blood, but against the rulers, against the authorities, against the cosmic powers over this present darkness, against the spiritual forces of evil in the heavenly places” (Ephesians 6:12).

Pray that God would convict the hearts of the people involved in the abortion industry.

Pray that they would be freed from their evil work and from the clutches of satan.

This is an intense topic and I would love to hear your comments, feedback, and insights on it.

What is your personal opinion on Planned Parenthood? Did this blog open your eyes to anything new?

Have you been personally involved in the pro-life movement in any way? If so, what have you done? 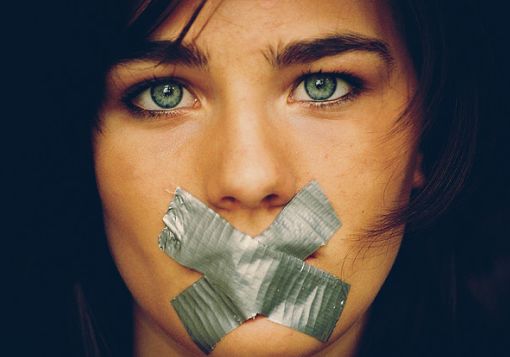