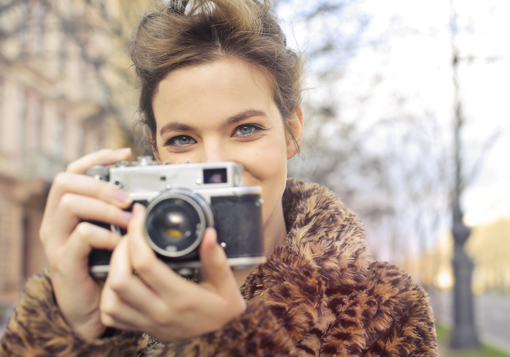 I angled the phone. Smiled. Clicked capture. My sister had just purchased a new smartphone, and I wanted to try out the camera. It had more filters and options than my own “next door to a dumb phone” device, which, of course, meant better selfies. I tried out every single filter, loving the results.

I clicked an icon in the corner, which brought up three more options. The first was called “slim face.” Curious, I moved the bar all the way to the right and watched in awe as my face narrowed before my eyes. My cheeks hollowed until it looked like I was sucking on lemons. I laughed, and moved on to option two: “large eyes.” I slid the bar over, feeling my eyes widen as my eyes widened. I blinked a couple times, then tried out option three: “skin tone.”

While I found options one and two amusing and bordering on ridiculous, this one struck a nerve.

My mild acne scars vanished. My freckles disappeared. Even the tiny mole on my chin lightened. The girl on the screen facing me had the skin of my dreams. She looked like me, but she wasn’t me—because she was better than me, prettier than me. She was flawless where I wasn’t.

But she also wasn’t real—she didn’t exist outside of my selfie screen. She wasn’t the woman God created. The girl staring back at me was perfect with her filters, and touch-ups, and lighting corrections, but she wasn’t the girl I wanted to be.

I deleted the picture.

Looking at the World Through a Filter.

Technology has changed the world. Nothing has been left untouched in its hurricane sweep across society—including beauty.

In 1987, Photoshop—and edited pictures—began to invade the culture. Airbrushed models appeared on magazine covers, billboards displayed images of flawless (edited) beauty. Suddenly, it wasn’t enough to just be beautiful. Even the most gorgeous model could be improved in some way.

Now, thirty years later, the technology of early photo editing software is available on our smartphones and Instagram accounts.

Now, we don’t just feel inferior to the models in magazines, but to our friends and followers. The hashtag #nofilter has erupted as one of the most popular on Instagram, because, obviously, every other picture does have a filter.

We’ve produced new filtered identities—another level of perfection to compete with; one that’s totally accessible if you have the right filter, but never enough to satisfy. But tell me something—who actually designed beauty? Who decided that thin faces and large eyes are what’s beautiful?

Every culture has a different standard of beauty. In America, you’re probably considered a knockout if you’re the typical California bombshell—blonde, beachy waves, and perfectly bronzed skin. But in China and Japan, women don’t go to the tanning parlor. Instead, they buy products that bleach their skin and create a creamy, white complexion. Hair straightening is also a major thing in Japan — as much as the curly vs. straight debate is hot in America. But you can forget all about hair if you live in certain parts of Africa—shaved heads are the way to go. Seriously.

Our culture’s standard of beauty is just that—a standard.

It shifts and alters with each new generation. Movie stars and celebrities lead the mad dash of fashion, but even their influence is fickle. Just check out how many hairstyles Taylor Swift has had. One thing is obvious. Women want to be beautiful. Eve led the way, and ever since the Fall, we’ve been plagued with insecurity and doubts over our appearance.

With each new makeup invention and each new possible filter, another layer is added to our beauty tier. I don’t know about you, but I’m tired of the merry-go-round. Tired of never being able to measure up, because — let’s be real — I never will.

It’s time for a for a beauty revolution.

Beauty has become dependent on so many things. Perfect makeup, perfect hair, a perfect body, trendy clothes, and yes, the right filter. These things have become necessary if we’re going to feel confident with a new selfie. There are so many boxes to check off. It’s exhausting.

But God doesn’t call us to that.

Every night, when I take off my makeup, I look in the mirror and see the real me. I don’t have flawless skin or mascara-laden eyes, and there’s no filter in sight; but despite my insecurities, I’m confident that this is the girl God created. This is the girl God sees, and the girl He loves. He doesn’t need my cover-ups, because He fashioned me, and He did so flawlessly.

Tall or short, dark-skinned or fair, big eyes or small, curvy or straight — He believed He formed a masterpiece with each and every one. And He did. Who are we to say we know better when it comes to beauty than the very One who first thought it up?

Beauty isn’t found in Hollywood’s measurements or a Photoshopped (or filtered) picture. It’s found in the unique DNA handpicked by our God who lovingly knit us together.  Anyone who says otherwise is choosing a counterfeit illusion.

I know I’ll never be able to compete with the standard of beauty the culture defines for me. I’ll never measure up or outshine picture-perfect Instagram photos. I’ll never look as good as a filtered and edited selfie.

But I’m okay with that. Because I’m defined by a different standard. One that doesn’t vacillate with the culture or depreciate with age.

When God created you, He designed something beautiful.

A beauty that can’t be sold in the makeup aisle, or produced in a computer software. It’s not cheap or fading. It might not be spelled flawless, but it’s always spelled priceless. It doesn’t look like everyone else. It’s unique because His standard of beauty is diverse. It’s the kind that doesn’t need a thinner face, larger eyes, or clearer skin to be considered complete.

When God created beauty, He didn’t use a filter. I’d love to hear from you below!

Sara Barratt is a lead writer and editor for TheRebelution.com, and has been published on numerous other websites, including The Gospel Coalition, Desiring God, and Lies Young Women Believe. Her passion is pointing teens to Christ, and reclaiming truth from the lies of the culture. Connect with her on Facebook, Instagram, and at sarabarratt.com. 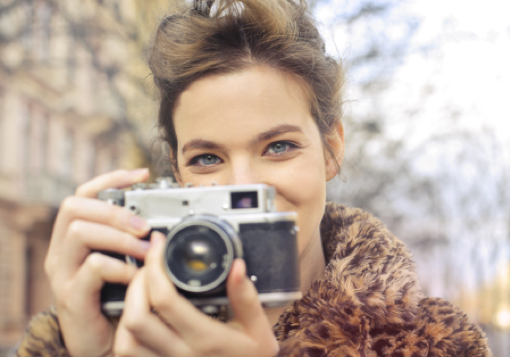