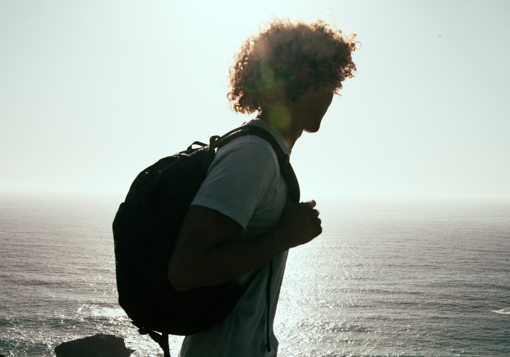 I couldn’t stop looking at him. He was one of my favorite early crushes. This guy was one of my brother’s basketball teammates and I just loved watching him run up and down the court.

At 12 years old I was enthralled with him. He put little sparkles in his gel so his hair slightly shimmered as he played basketball. Oh! I thought I was in love! I even secretly gave him the endearing nickname “sparkly.”

There was only one problem. “Sparkly” and I had never talked. In fact, I don’t even think he knew I existed. I adored his shimmering hairdo, but had no idea who he really was. All of my affections for this guy were solely based on his physical appearance.

As the years went on and I entered high school, my attraction for guys followed the same pattern.

As I entered late high school I started realizing how terrible my gauge was for judging a guy. I started realizing that I was more interested in a guy’s hairdo than I was in the condition of his heart. I would have willingly ditched a “less attractive” godly guy for a hot rod that had mediocre character.

My eyes were opened to the fact that physical attraction isn’t the most important factor when it comes to true love.

Yes, attraction is important, but it shouldn’t be THE initial reason to accept or ditch a guy.

As I entered my early twenties, God had to teach me some hard truths about the reality of my own heart and motives in the way I viewed certain guys.

I had to entirely rethink how I viewed the word “attraction.” I remember one specific conversation I had with Bethany about the topic of attraction prior to my new understanding. It went something like this:

“She’s way too pretty for him!” I said laughing out loud.

Bethany and I were having a conversation with some of our friends about a girl who was getting married. She was a beautiful girl and was engaged to a godly man who absolutely adored her. He desired to lead her, protect her, and give her the best life he possibly could.

Sadly, we were all having a really hard time accepting the fact that our friend was getting married to this great guy. Why? Well…we all thought that she was way too “pretty” for him.

“I just didn’t think she’d marry someone so unattractive,” one of our friends chimed in.

Sure, he wasn’t the most popular guy around and he definitely wasn’t the dream boat all the girls were talking about; but he was a godly man who genuinely loved the Lord.

He had a servant’s heart and would make the woman he married feel like a queen.

We weren’t excited about this beautiful marriage simply because we didn’t think this guy was handsome enough. We cared more about his “lack of hairdo” (if you will) than his amazing, godly character.

Thankfully, they did get married and still have a thriving marriage (and several children) to this day! I’m so glad they didn’t listen to us back then.

The truth is, most of us think like this whether we want to admit it or not. This used to be a huge struggle of mine and I’m guessing it’s yours too. On the outside I would say, “it’s about the heart,” but every time I would meet a “less attractive” guy, I would instantly make judgements.

Thankfully, God opened my eyes to how wrong my thinking was.

Overtime, I slowly began changing my view of guys from an “outward” focus to an “inward” focus.

When we, as girls, solely base our attraction on a guy’s outward appearance, we are looking for a relationship that will only bring short term infatuation.

Infatuation isn’t true love. It’s simply this: to be inspired with an intense but short-lived passion or admiration.

Hollywood’s messages are all about finding an attractive person who turns you on. It’s all about you.

As Christian girls, we need to turn back to God’s Word to see how He judges people and how he defines true love.

1 Corinthians 13 (the love chapter) explains what true love is really all about. If you hope to get married someday, you’ll be much better off in the long run with a guy who understands true love and displays those qualities in his life. Patience, kindness, tenderness, and self control will create a much firmer marriage than a hot hairdo.

The reality is, a six pack and full head of hair will fade with time, but a man who understands true love will only grow to be more lovely.

Now I want to hear from you?