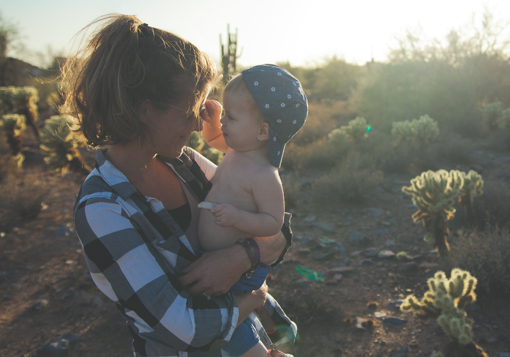 What if you had to pay your mom $40 every time you spent time with her? That’d be crazy right? Well…not if you live in New York City.

Apparently having a mom to talk to is worth a lot more than most of us realize. In fact, a lady named Nina decided to start a business based on that idea.

Nina is in her 60’s, lives in NYC, and talks to a lot of young people who claim they don’t have good mother figures. Apparently they want an older, wiser woman to talk to, but don’t know who to turn to.

So, Nina decided to become a professional mom.

For $40 an hour, you can hire Nina to be your stand-in mom. An article from The Guardian pointed out that “she’ll listen to you talk about your problems. Make some soup. Watch a movie with you!”

One client who used her services said, “She made me toast. It was nice. She made me a cup of tea. It was also nice. We talked at length about some issues I’m facing.”

We live in a modern society that doesn’t place a lot of value on motherhood. In fact, our culture rarely encourages young women toward the career path of being a full-time mom.

However, this article clearly proves the need for it. If someone is willing to pay $40 an hour for a “mom,” that goes to show how invaluable the role of motherhood really is.

As we say in our book, Girl Defined, “One of the most under valued, under pursued, and under-recognized career tracks today is becoming a wife and mother. Ask any college-age Christian girl today about her future plans, and rarely will she mention marriage and family. Why? Because those things aren’t valued in our society anymore. They’re not viewed as a successful plan. As a result, many young women are ashamed to verbally express their desire for them, much less plan for them.”

In a culture that doesn’t present motherhood as a valid career choice, isn’t it ironic that “mothering” is now becoming a full-time professional option?

As young women, we are pressured by our culture to pursue something “big” with our lives.

Something that pays money. Something that looks successful on paper. We’re fed the message that working in the marketplace contributes more to society than anything else.

Oddly enough though, the article from above proves the opposite. Kids need moms. Teenagers need moms. Young adults need moms. The role of a mom is an invaluable contribution to society…especially to the next generation.

As we say in Girl Defined, “In God’s eyes, desiring to be a wife [and mom] isn’t a shameful thing but, rather, a highly honorable goal.    God loves children and motherhood. He places enormous value and respect on the home (Titus 2:4–5). God created us, as women, with a special ability to nurture relationships, produce life, and help others. Marriage, motherhood, and homemaking may be old-fashioned in some people’s eyes, but they’re honorable in God’s eyes (Ps. 127:3–5; Prov. 18:22; 31:10–31).”

From the beginning of time, God has always valued motherhood and homemaking.

In a culture where families are growing increasingly dysfunctional and broken, full-time moms are desperately needed. Nurturing homes are needed. New York City can attest to that.

I pray we, as Christian girls, will see the value and worth that intentional motherhood and homemaking provides to society. In God’s eye, motherhood is a noble and worthy aspiration to have.

However — to be clear — our identity and worth is not tied up in our marital status or whether we ever become moms; our identity is found in Christ alone.

Personally, God hasn’t given me children of my own yet, but I am still striving to be the biggest cheerleader for these beautiful, God-ordained roles.

And the next time you take your own mom for granted, just keep in mind how much she’s worth. Then thank her for not charging you $40 an hour.

To learn more about God’s incredible design for your life as a woman, I encourage you to grab a copy of our book, Girl Defined: God’s Radical Design for Beauty, Femininity, and Identity.