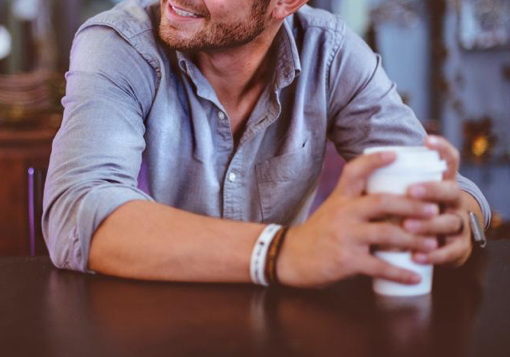 I (Kristen) thought it would be fun and helpful to do a Q & A with my husband, Zack. As a guy who loves the Lord and has experienced getting married (and the entire relationship process), he has some insightful wisdom to offer us from a guy’s perspective.

Question 1: Zack, take us back to when you first met Kristen. What were some of the qualities that attracted you to her?

I loved that Kristen was (and still is) passionate and convicted about what she believed. I loved this in her because I really wanted to marry a woman who knew what she believed and wouldn’t be easily swayed by the world’s opinions and temptations.

She has beautiful blue eyes (yeah, I know that’s not a “quality,” but still)

I noticed how much Kristen loved her younger siblings and had a genuine heart of love towards children. Even though we weren’t married at the time, I loved her heart for kids and could see her being an amazing mom some day.”

I really admired how much she loved the Bible.

Question 2: How did you go about pursuing a relationship with Kristen?

I had actually never dated anyone before I met Kristen (we met right out of high school). She was the first girl that I was seriously interested in and intentionally wanted to pursue.

As a guy, I knew how confusing it could be for the girl if I was unclear about my intentions. So from the beginning, I approached Kristen and told her that I really admired/liked her and asked if she would be interested in getting to know me through an intentional relationship.

We spent a lot of time together (in groups and one-on-one). For about 10 months we got to know each other’s interests, passions, visions, and heart for the Lord. We went through some books together that helped facilitate some deeper and more intentional conversations. We prayed a lot, and sought counsel from our parents and other wise people.

After 10 months, it became really clear that we were a great fit for one another. Not to mention, we had grown to become best friends and truly loved each other.

Question 3: A lot of the girls who read this blog are single. What qualities would you encourage them to look for in a future husband?

Okay, what I’m about to say is going to sound like the “right Christian answer,” and you might be tempted to dismiss it. But don’t do that! This is the most important and essential qualities that your future husband should have.

And this number one quality is that he would have a genuine love for God and a commitment to studying and learning from the Bible. This is so important. When a guy loves God and loves the Bible, he will be equipped to love and lead you so much better! Life won’t be about “his opinions” but about him following what God says.

Also, another quality that is key is for the guy to have a good understanding of Godly, biblical leadership. As the man, husband, and father – he is called to lead and protect His family (spiritually and physically). You will want to marry a man who understands this calling and is committed to doing it well.

Question 4: What are the some of the qualities a godly guy might be looking for in a future wife?

So, speaking for myself (when I was a single guy), and what I’ve heard from Christians guys who are currently single, they desire the same thing in a wife and she should desire in a husband – a woman who genuinely loves God and loves His Word.

If a girl says she’s a Christian, but lives her life in a way that looks identical to a non-Christian girl, that makes me wonder how genuine her faith really is. But when I see a girl who says she loves Jesus, and her words, actions, activities, dress, and passions reflect that, I know that her faith is mature and solid.

With so many girls taking the worldly route these days, it was important me to want to marry a girl who’s faith was visible and consistent.

Question 5: Do you have any words of caution for the single girl when it comes to the guy she might be considering as a potential option? Maybe some red flags?

When it comes to red flags or cautions, I encourage you to dig beneath the surface and try to figure out who this guy really is (what are his passions, how does he spend his time, what does he watch when nobody is around, etc).

Marrying a guy who is committed to moral purity says a lot about his character and how seriously he takes sin in his life.

Another red flag is if he’s not involved in a solid Bible-based church. A guy who truly values his faith and walk with God will make it a priority to be involved in a local church.

I hope those insights and tips were helpful to you! I’d love to hear your thoughts below. What stood out to you the most about what Zack shared?

Also, for future Q & A’s, what other questions would you like Zack to answer?