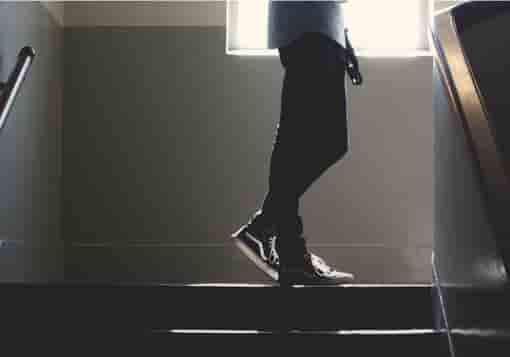 I married an amazing gentleman who has never failed to be chivalrous in our marriage. Even before Zack and I got married, he always did one little thing that I absolutely adore.

He always opened the door.

Not just restaurant doors and house doors. He opened (and still does) my car door too. Every time I get in or out of the car, he opens my door for me – regardless of who is driving.

Does he need to open my door? No. Am I perfectly capable of opening my own door? Yes.

But this little act of chivalry has taught me huge lessons about our God-defined roles as men and women.

As common as male chivalry used to be, these small acts are no longer esteemed in our society today. In fact, I read a crazy article about a woman who bashed all men for trying to open her door (any door!). She claimed it was sexist, rude, and completely demeaning.

Ummm. Excuse me? He’s serving you by opening your door and it’s rude and demeaning? Interesting.

Sadly, that is the perspective of many in our culture.

Even though a guy opening a door for a girl is such a small and seemingly insignificant act, it is a reflection of much deeper meaning.

This meaning can’t be fully understood or appreciated without understanding God’s design and purpose for males and females.

As we’ve written before on this blog:

“In order to give us a small glimpse of God’s divine nature, He carefully crafted the human race to be a reflection of His personal image (Genesis 1:26). He designed the man and the woman to display the glory of God in ways that are unique to each. He designed us as equally valuable humans with two different roles and purposes in this world.”

In a nutshell, the overall theme of Scripture teaches us that men were created by God to be humble leaders, initiators, protectors, and providers.

Women were created to be gracious responders, nurturers, and helpers. These roles point to the character and nature of our God and His relationship with His bride (the Church).

God-defined gender roles are not popular in our culture today because radical feminism has taught us to despise gender differences. However, God is our designer, and our life goal is to glorify Him and reflect His image in the way He created us to do that.

As small as “male door opening” may seem to you, it truly does point to God’s amazing design for the male and the female.

And honestly, the only reason I’m even writing about this topic is because I’ve seen Christian women get angry over this simple act of male chivalry.

If you’re striving to embrace God’s good and beautiful design for the male and female roles, I want to challenge you to embrace His design in small and big ways.

One of the small ways you can embrace biblical femininity (and promote biblical masculinity) is by letting guys open your door.

Here are 4 Reasons You Should Let Him Open Your Door:

As Christian women, we should embrace and applaud this small act of male leadership and chivalry.

This small act points to God’s greater design for male and female roles.

Now, on a side note – and I laugh that I even have to address this – here are a few myths I’ve heard when it comes to male door opening.

Just to clarify, I DO NOT believe any of the following ideas regarding the female gender:

However, when the opportunity arises to encourage, promote, and kindly accept male leadership, why not take it? In fact, why not jump on it?!

Let’s allow the men in our lives to be manly and chivalrous while we graciously respond to their actions.

The greatest way a woman can encourage biblical manhood is by living out biblical womanhood in her own life. It’s as simple and as profound as that.

And that is why male door opening is something I think you should embrace and encourage.

Let’s chat about it below.