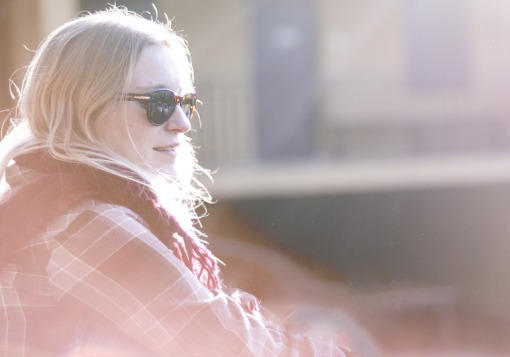 Let’s play a quick game. It’s called “What comes to mind when you hear the word?” Here we go.

What came to mind? Be honest.

What popped into your head?

Hmmm…that’ll get a variety of thoughts. What’d you think of?

What was the first thing that popped into your head when you read that word?

Great job! You successfully played your first game of “What comes to mind when you hear the word?”

If I played that game in a large auditorium with 50,000 women from all walks of life, the answers would be shockingly diverse. Especially when it comes to the word feminism. This word is controversial to say the least.

Feminism is an interesting topic though because nobody can quite seem to nail down its definition.

You know why? Because it has dozens and dozens of definitions. It wears a lot of hats.

A woman who claims to be a feminist could affiliate with one or more of the following camps:

And many, many others. They keep evolving as time goes on. All of these titles mean something a little different too. It’s hard to keep up.

There’s one common camp I haven’t mentioned yet. It’s the most widely advertised camp and seems to be the one Christian women tend to join.

After blogging on a topic about feminism we (Girl Defined) usually receive one or two emails from girls saying things like, “Feminism is a great thing! It fights for equality between men and women.” Or, “You are harming women by opposing feminism!”

In fact, one girl recently wrote us a long comment explaining why feminism is so great. She said, “Feminism is essentially about creating more opportunities for women than previous generations had.”

So is there anything wrong with being a Christian woman and labeling yourself as a feminist?

Well, let’s check out the definition of equality feminism. Read it slowly. “equality feminism focuses on gaining equality between men and women in all domains (work, home, sexuality, law).”

But did you catch that? Equality feminism focuses on gaining equality in all domains. In a nutshell it means this: Equality for women won’t happen until all traditional gender roles in all domains are equal…as in the same. We’re not equal with men until women can freely swap lifestyles and roles with them.

Ask any woman who claims to be a feminist if she is in favor of a wife submitting to her husband in marriage. She will rarely say yes. Why? Because she believes equality with men means sameness.

Equality feminism clothes herself in a charming outfit with a warm smile and says, “We’re just innocent, harmless women…all we really desire is to be viewed as equally valuable as men.”

If that’s truly all feminism was concerned about, this post could end in the next paragraph. But it’s not. Not even close. Feminism always puts the “equality” front towards the camera because it’s the most attractive side.

And that’s exactly why we receive emails from Christian girls asking why we’re against feminism.

They see the enchanting tip of the feminist iceberg and wonder, “Why is a Christian website like Girl Defined against women having equal value as men?”

If these girls took a quick second to poke their heads underwater, they would quickly see the gigantic mass hiding underneath.

The fact is, Girl Defined is 100% in favor of equality between men and women. That should be obvious. We even wrote an article on it (here). And you know what? We didn’t think of it first and neither did feminism.

From the beginning of time God clearly stated that “God created man in His own image, in the image of God He created him; male and female He created them” (Genesis 1:27).

It doesn’t end there.

He created two different genders on purpose and for a purpose.

Most feminists aren’t too fond of God’s design for gender.

Feminism has rejected God as the ultimate authority for life and instead placed herself on the throne. The god of feminism pridefully says, “I know better than God and will live out my womanhood how I think is best.”

In addition to not liking God’s design for gender, equality feminism stands for far more than it’s friendly name suggests. If you do a little homework you’ll quickly discover how many other “women’s rights” issues equality feminism promotes. Let’s dive beneath the surface to see how big and narley this iceberg really is.

The average American would agree that most feminists strongly stand for the above causes. I don’t know about you, but those are some serious anti-biblical “rights.” Right?

If you currently claim to be a feminist, I hope you will carefully consider what that word means and what it’s largely associated with.

Here’s the hard to swallow truth: As a Christian woman, you can’t agree 100% with God’s Word and agree 100% with feminism at the same time. They just don’t mix in most areas. In fact, if we threw all of the feminist ideologies into the same pot, the Bible would strongly oppose 99% of it.

At its root, feminism is built upon a foundation completely devoid of God. The feminist movement is woven with the same sin Satan committed in the beginning. A rebellious heart that pridefully says, “I don’t need you, God. Thanks, but I’ll do things my way.”

When we reject God’s created order and purposes for our lives as women, we will not find lasting happiness.

A secular study published in the UK Daily Mail confirmed this fact as well, “Women are less happy nowadays despite 40 years of feminism, a new study claims. Despite having more opportunities than ever before, they have a lower sense of well-being and life satisfaction.”

We don’t need feminism to inform us of our worth and value.

God already says we’re equally valuable. We don’t need to become feminists to promote this area of biblical teaching. What we do need is to lovingly show all women how valuable and precious they are to God. We need to re-embrace God’s design for marriage, family, dignity of life, and sexuality. We need to repent of our pride and accept God’s Word as the authority in our lives.

Feminism has never offered a solution that the Bible hasn’t already taken care of.

God’s Word has all the answers we need. In Christ, we (men and women) will find all the fulfillment, worth, value and purpose this life has to offer.

How about you? Where do you stand?

I’d love to chat about this topic with you below! Feel free to share what’s on your mind.