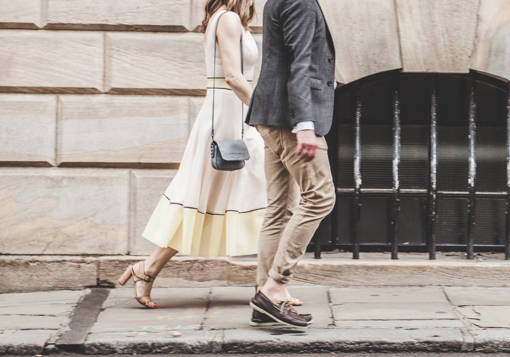 With every new chick flick that is advertised, untold numbers run to the nearest movie theater with their significant other in hopes that this will be the next cult classic.

“This will be the movie that makes my boyfriend realize how lucky he is to be going out with me!”

“This will be the movie that makes me cry and causes me to shamelessly fantasize myself as the lead actress.”

La La Land was supposed to be this movie.

Critics built this movie up to be the biggest blockbuster of the year. Awards so far include Golden Globe Award Winner for Best Motion Picture, Best Actress, Best Actor, Best Director, and Best Original Score, and the film is tied for the most Academy Award nominations in history…so it’s universally considered the best.

But I have a question to ask: Why doesn’t the couple in our new “best” movie end up spending the rest of their lives together? Where is the “happily ever after?” Where is the wedding? Where is the long term commitment?

While critics rave, audiences have mixed feelings and opinions about the ending of the movie.

La La Land was created to captivate your emotions with a whirlwind of catchy songs, romantic scenes, and quote-worthy lines. However, unlike traditional love stories, the last fifteen minutes of this movie deviate far from the “happily ever after path.”

[Spoiler Alert] The leading couple, Mia and Sebastian, share many romantic moments, lip-locking scenes, and even decide to move-in together. However, the last few scenes fast-forward five years to show Mia marrying another man.

Mia does not choose to marry Sebastian, but smiles fondly on the time she and Sebastian spent together. The conclusion left for viewers is that while their relationship was important, it was not forever.

Mia now has a new life with her new husband and a new baby, and she is able to smile when she thinks about her former live-in boyfriend.

“Why does the ending of this movie matter?” you may be asking.

This movie ending matters because it has profound implications for the Millennial Generation and it is a defining representation of our culture. As I contrasted the ending of La La Land with the ending of the notorious chick flick, The Notebook [not recommended or endorsed by Girl Defined Ministries] I noticed something very telling.

Just twelve years earlier, that movie ended with the aged married couple holding each other as they died together in the same bed. The idea was that the husband and wife could not live without one another; therefore, each would literally die without the other.

While in many movies the lead couple does not end up together, La La Land has a startling and inaccurate account of sexual immorality.

Only in la-la land (i.e. a fantasy world or dream world) does a girl smile as she sees her ex-boyfriend who lost interest in her after having sex. Only in la-la land can a girl feel unashamed as she runs into her former live-in boyfriend while on a date with her new husband.

Despite how this movie makes modern girls feel, it is false advertising. Disregarding God’s design for love, sex and marriage does not lead to a “dream world.” There is only pain when we ignore God’s command to “keep the marriage bed pure” (Hebrews 13:4).

The majority of our culture is neglecting this truth and wondering why many of them end up with broken hearts and relationships.

Statistics tell us that the majority of people are far from following God’s guidelines for sex.

This is one reason our culture is so accepting of and so excited about La La Land. This movie represents the life so many individuals are living.

As Christian girls, we can’t get sucked into this counterfeit version of love. We can’t get fooled! There is only heartache when we ignore God’s guidelines for sex and marriage. We have to remember that God created sex, which means He knows how it works best.

The notions that cohabitation produces stable relationships, that unmarried guys will stay interested in girls after sex, and that a girl will experience no shame when she sees her ex-boyfriend (and former sex partner) while standing next to her new husband are all ideas that only truly exist . . . well . . . in a La La Land.

For a more detailed review of this movie, check out the helpful Christian review over at Plugged In.

To learn more about God’s amazing design for true love and sex, check out the following posts.

This guest post was written by Julia Jeffress Sadler who serves as the Girl’s Ministry Director at First Baptist Dallas. If you would like to submit a guest post, please see our guidelines here.