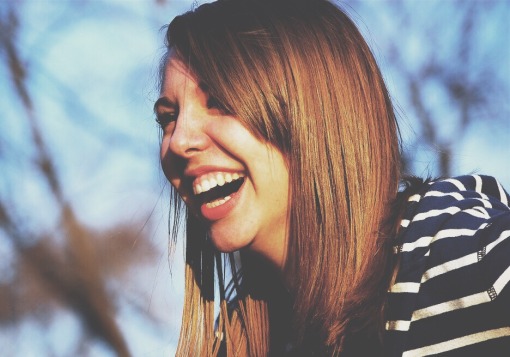 The giant stood on the hill laughing at God’s people. “If you are the children of God, come out and fight with me.”

How dare that giant mock the children of God. How dare he call them “grasshoppers” that he would crush and feed to the birds. Where were the warriors to stand up against him? Where were God’s people? Why were they allowing this pagan to speak so defiantly against the one true God?

Finally a mere boy spoke up. “I will fight the giant!”

And with those five little words the camp fell silent in disbelief.

“He’s just a boy…that giant will kill him,” whispered the soldiers and warriors.

The boy didn’t care. He knew God was on his side. He knew God would fight through him and for him. He had no fears. He trusted that what God said was true.

David didn’t shrink back, instead, he boldly proclaimed “Who is this uncircumcised Philistine, that he should defy the armies of the living God?”

When Goliath saw David he laughed at him and mocked him. David wasn’t moved. He looked at Goliath straight in the eyes and said, “You come to me with a sword and with a spear and with a javelin, but I come to you in the name of the Lord of hosts, the God of the armies of Israel, whom you have defied. This day the Lord will deliver you into my hand, and I will strike you down and cut off your head.”

David was bold because he knew the Lord would fight for him.

The giant fell to the ground. The boy pulled the giant’s massive sword from his side and chopped off his head. God’s people prevailed thanks to the faith of a mere shepherd boy.

The great giant in our generation.

How many of you have read that story in your Bible? It’s the story of David and Goliath. I can’t tell you how many times I’ve read, listened to or watched that story. I have a vivid picture in my mind of Jr. Asparagus from Veggie Tales hopping up and saying in his squeaky little voice, “I will fight Goliath!”

Even though I’ve read that story dozens and dozens of times, it hit me a whole new way this past week.

I realized that David wasn’t intimidated by the size of Goliath. He didn’t care who Goliath was, where he came from or the strength Goliath possessed. David fixed his eyes on God and in comparison Goliath looked like a half drowned flea.

We have a massive Goliath mocking our God. Her name is Feminism.

She’s been standing on the hill laughing at us for way too long. It’s time for us to do what David did. It’s time to stand up to Feminism and say “Enough is enough!”

When I reread the story of David and Goliath I immediately put feminism on the face of Goliath. So many of the modern feminist ideas are literally a mock in God’s face.

“Gender? That’s a thing of the past.”

“Roles in marriage? Ha! Only for the weak and brainless.”

“Women and submission? You’ve got to be kidding…”

“Only doormats stay home. Get out and get a life. A career is so much more valuable than family.”

And just like that the feminist giant laughs at and mocks our God. Where are God’s people? Mostly hiding in fear, just like the Israelites.

It’s time to grab our stones and aim them directly at the forehead of feminism. We’ve hid and trembled for way too long. We (like David) know God’s truths. We can read the Bible for ourselves and see that most of feminism’s ideas do NOT match up with Scripture.

So why do we feel intimated to stand up to our peers, teachers, friends and neighbors and fight for what we know is true? It’s because we are looking at the giant and not at God. Our eyes are fixed on the wrong person.

If we truly trusted God to be all that He says He is, we would boldly stand up and live out God’s design for us as women. We would be just like David. We wouldn’t give in to the peer pressure of those bigger and stronger than us. We wouldn’t give in just because the culture’s pressures us to be a certain way.

We would reject the overwhelmingly influential ideas of feminism, because our minds would be so fixed on our Creator.

How to live out God-Defined femininity in a Feminist-Defined culture.

I realize that living a God-Defined lifestyle is very hard and often really confusing. I’m going to give several links to blog posts that will show you specifically how to live that out.

What is the Purpose of Being a Girl?

Equality With Guys Does Not Mean Sameness

If you are willing to stand up against the giant of feminism and embrace God-Defined femininity, there is no telling how God can use you. David stepped out in faith, trusted that what God said was true and ultimately killed the giant.

Will you join us in rejecting the feminist giant in our culture and embrace God’s design for you as a female?

If you would like to do that, sign your name in the comments section below. Let’s see how many “Davids” we can get to fight against the giant.